Life rocks in Wanaka when you’re your own boss 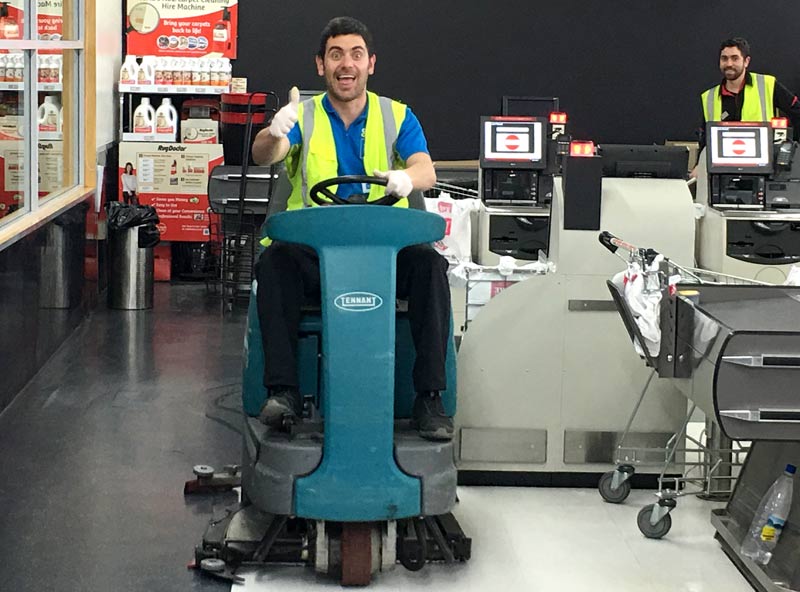 CrestClean franchisee Danny Mastroianni make a clean sweet at New World where he used to be a member of the supermarket’s staff.

Danny Mastroianni has two big loves in his life – Wanaka and his Venezuelan girlfriend.

The young Uruguayan fell for her when he stopped off in Caracas during a mammoth year-long cycle tour of South America.

But although he was smitten, he soon found himself missing the former life he had had in the New Zealand tourist town.

Now the 37-year-old couldn’t be happier and runs a very successful CrestClean franchise in Wanaka helped by girlfriend Alex, who moved here to be with him and assists in managing the business. His sister Lorena has also moved to Wanaka to help with the cleaning work.

“I love South America, and I missed South America when I was away, but Wanaka is the place I missed most. It feels like it’s now my home, I love the place,” he said.

Wanaka is an area being promoted by CrestClean’s Move to the Regions Programme.

The programme provides people who would like to own their own business with an opportunity to move to areas where there is a need for commercial cleaning.

Danny had first arrived in Wanaka when he came to New Zealand 10 years ago on a working holiday visa from his native Uruguay. He quickly found work at the town’s New World supermarket, where he got trained as a baker.

“I fell in love with Wanaka. I was only supposed to be here three months but then New World offered me a work visa,” he says.

But eventually Danny got itchy feet and decided to go off travelling. He joined a mate back in Uruguay and the pair began a cycle trip around South America. The marathon trip took in Argentina, Chile, Peru, Ecuador, Columbia, and Venezuela.

But although he’d met someone special on his travels, he began to pine for the life he’d had in New Zealand. He returned to Wanaka where bosses at New World found him a position in the store.

Having transferred to working in the liquor department, Danny began to have thoughts of being his own boss and starting a business. After an extended holiday abroad, he came back and purchased a CrestClean franchise in Wanaka.

“I thought it was time to do something for myself. It was an easy option and I liked the fact that with CrestClean you can develop your business.

“I enjoy being in Wanaka and being part of the business movement.”

He said the town has so much to offer and it was a stark contrast to Auckland, where he once looked at moving to.

“The outdoors, the landscape and the peacefulness and the community here is amazing. People support each other here and everybody takes care and looks after the environment,” he says.

James Dixon, CrestClean’s Central Otago Regional Manager, says Danny is a very conscientious worker and has made big impression.
“He has very good attention to detail with his work.”

He is also proactive and has a great business acumen and had secured extra cleaning work for CrestClean, added James.