CREST8 plate winner a standout but everyone gets a prize 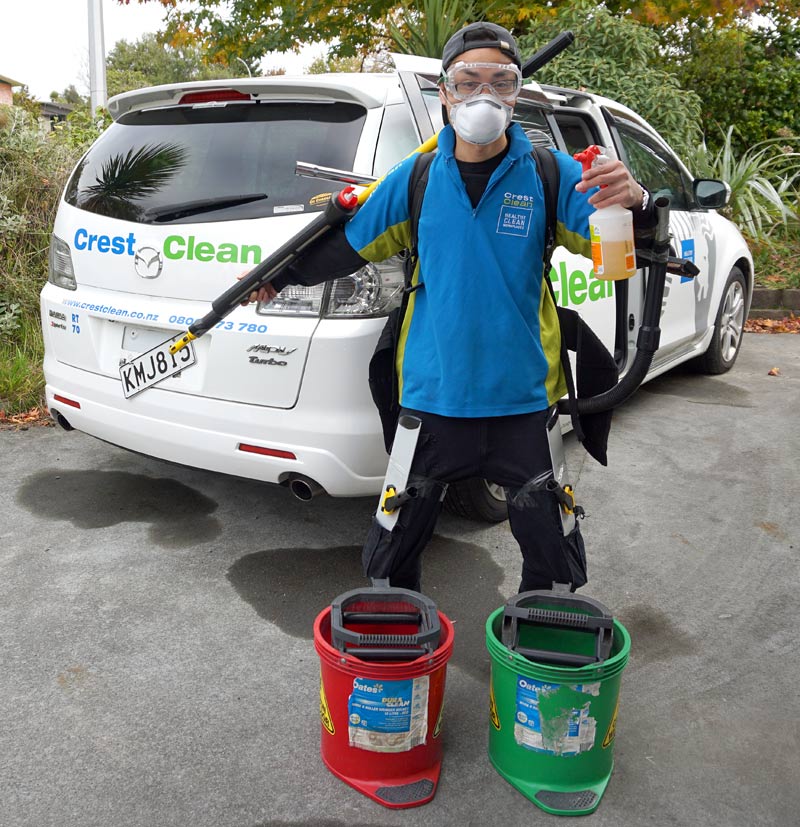 WINNER: William Lin, from Rotorua, was praised by the judges for his creativity in his entry entitled ‘Working Robot’.

Our photo competition to win a unique number plate has closed and we can now reveal the lucky winner is from Rotorua.

William Lin becomes the proud new owner of CREST8, which he’ll be able to display on his CrestClean vehicle.

Judges were impressed with the creative effort he’d taken by entering into the spirit of the competition. We were particularly looking for the best photo that captures a bit of who you are. We asked you to get snapping and send us an imaginative and eye-catching photo of yourself with your CrestClean vehicle.

And William’s entry was a standout. We liked the composition, with the photo clearly reflecting a cheeky sense of humour with his great shot entitled ‘Working Robot’.

Utilising a wide selection of his cleaning gear, William has shown a lot of imagination and great attention to detail – right down to having partly removed his vehicle’s number plate, which is seen hanging at a crazy angle.

We were impressed by all the entries. Highly commended, and taking the runner’s-up award, are Dunedin franchisees Jayvee Lascuna and Jen Gapuz.

Two stunning shots of themselves outside Dunedin Railway Station impressed our team of judges. The photos are imaginative, the lighting is stunning, and they have beautifully captured one of the city’s iconic landmarks.

We’d like to say a big thank you to everyone who took part in the competition. All entrants
will receive a CrestClean Thermal top for themselves and their team members. And as an extra prize, each team member gets a CrestClean Beanie – a brand new addition to our clothing range. 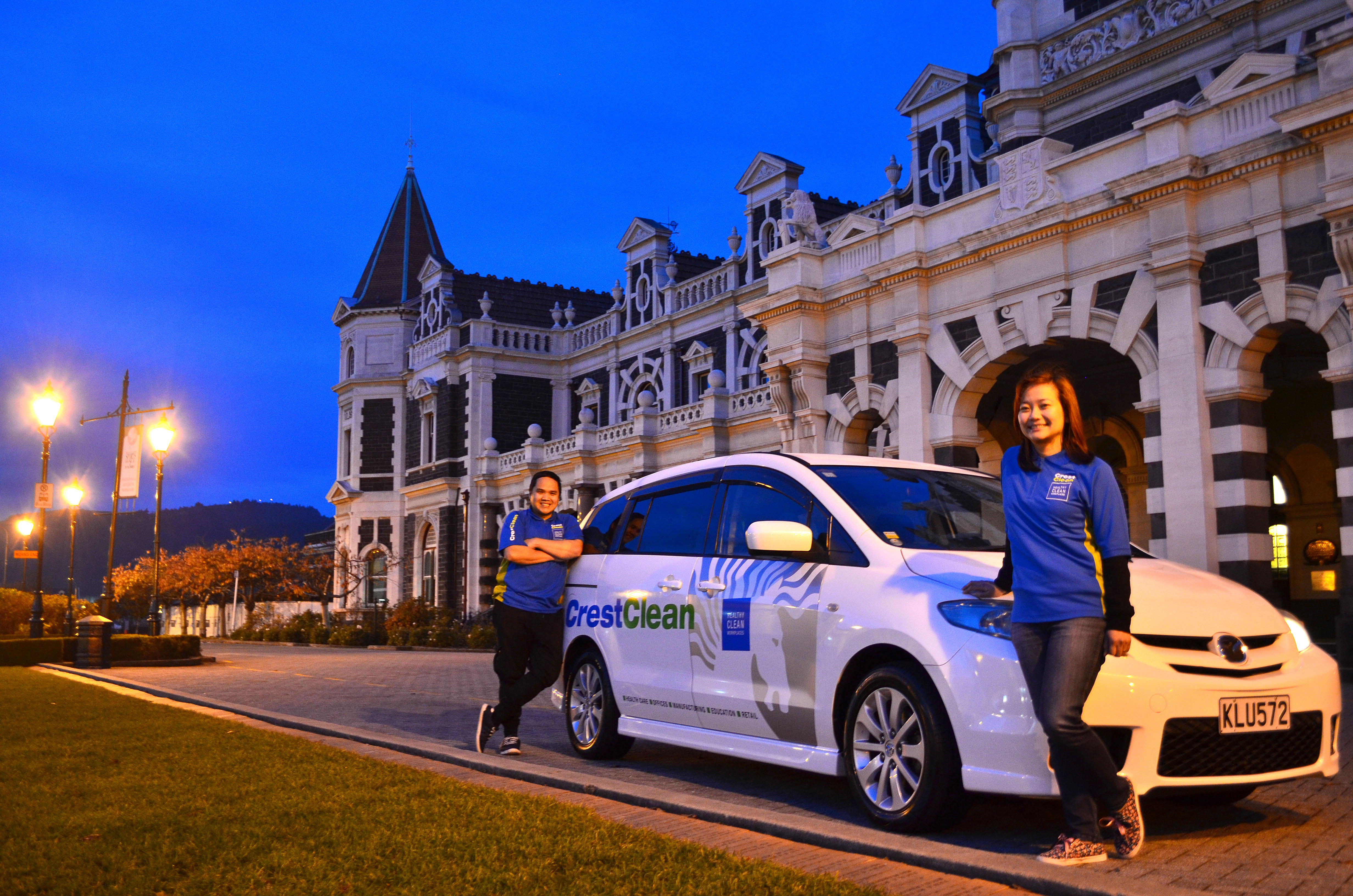 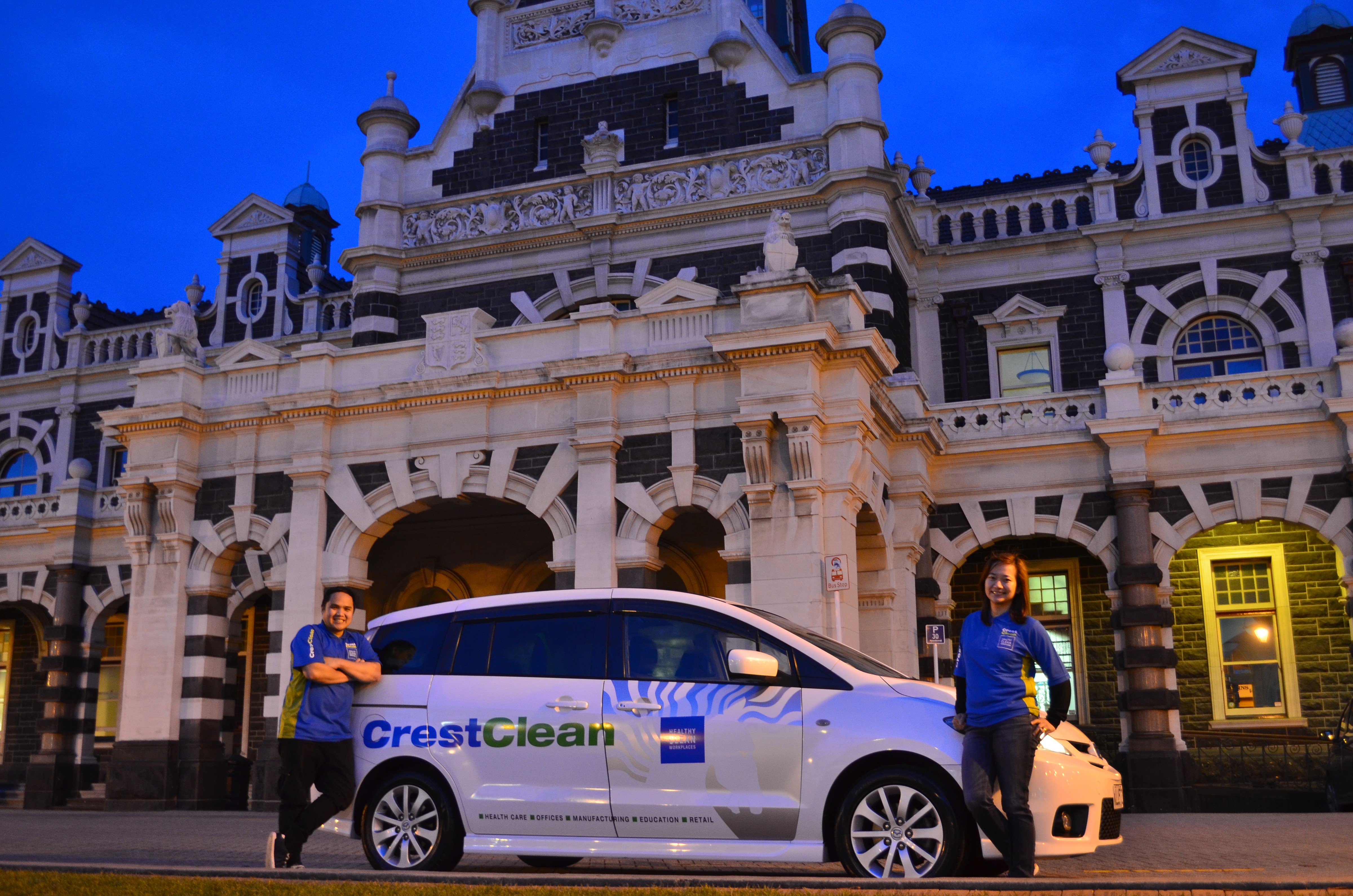 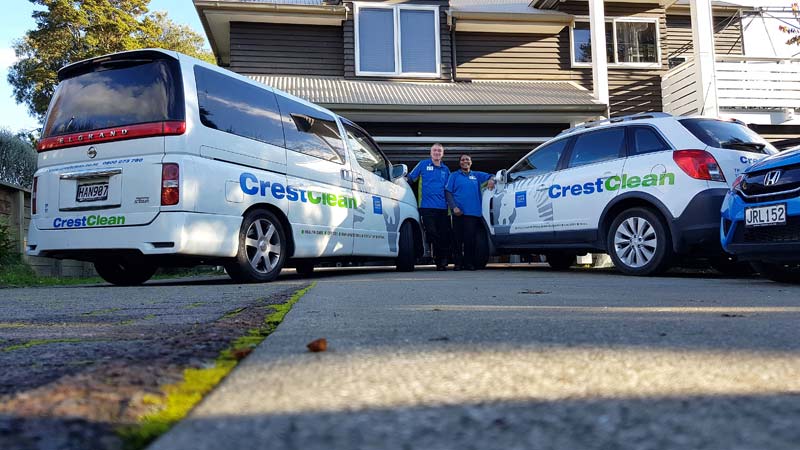 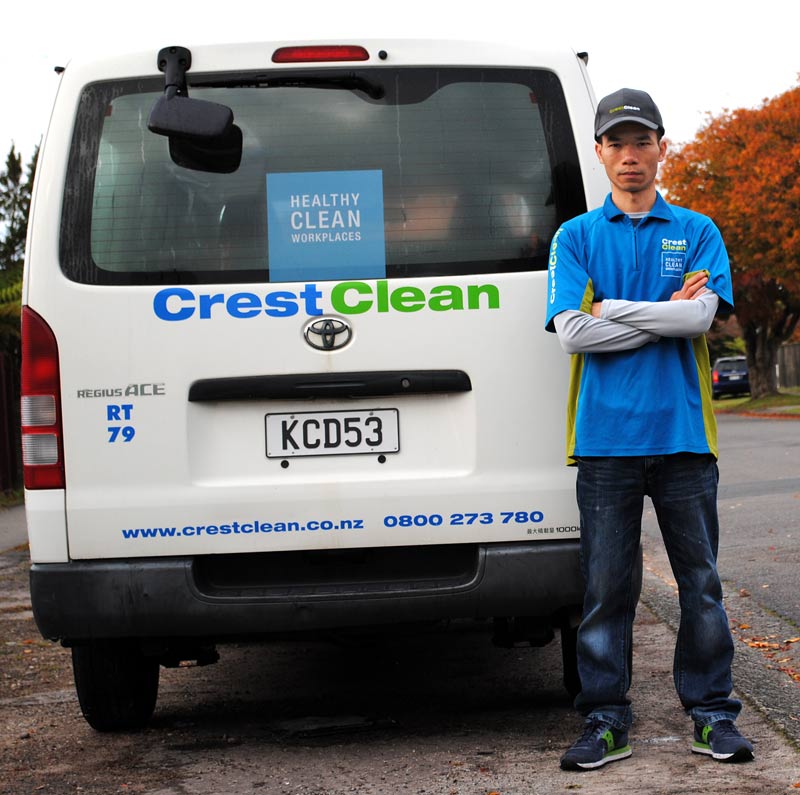 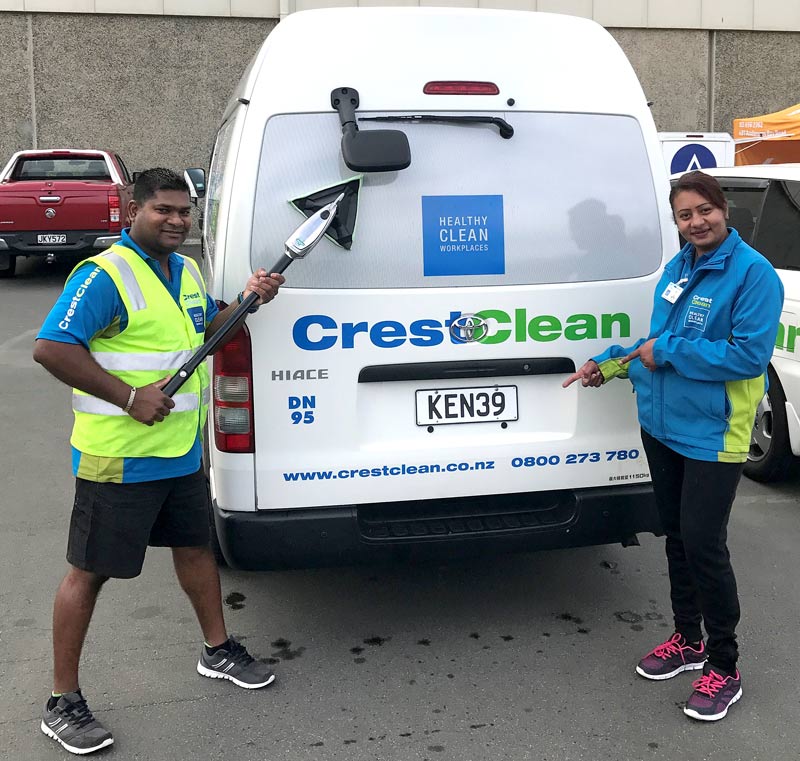 Dan and Madhu Pariachi from Dunedin. 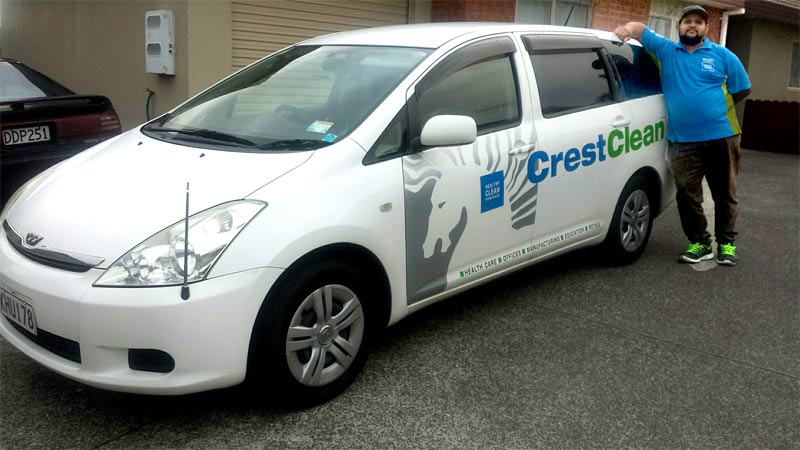 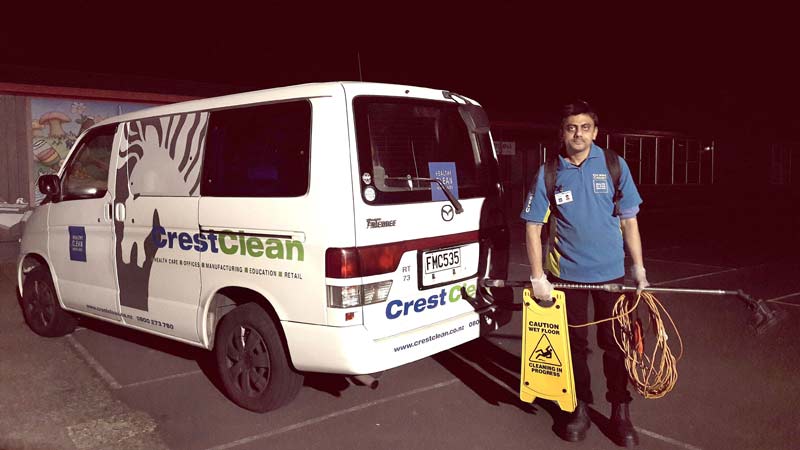 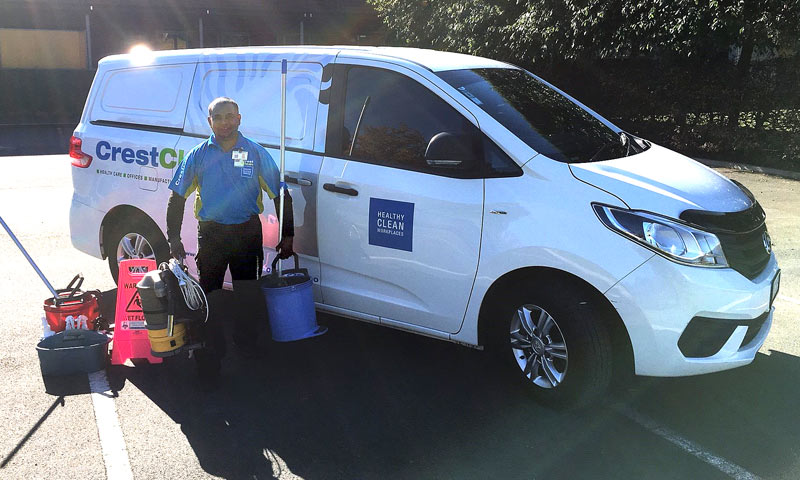 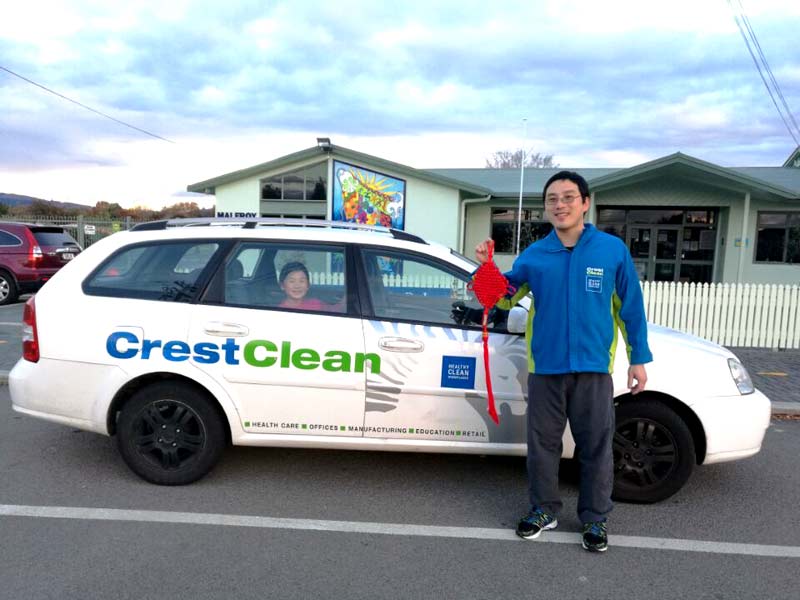 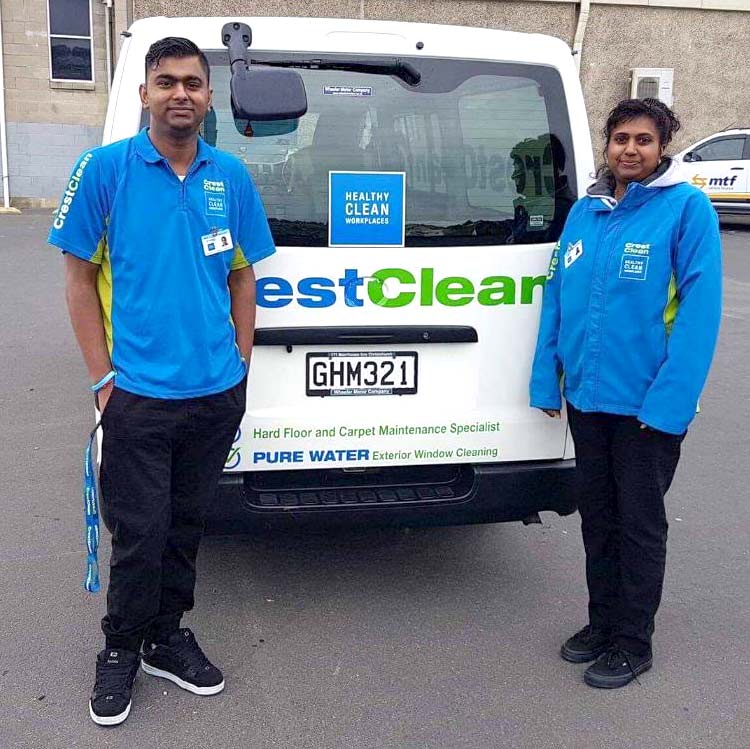