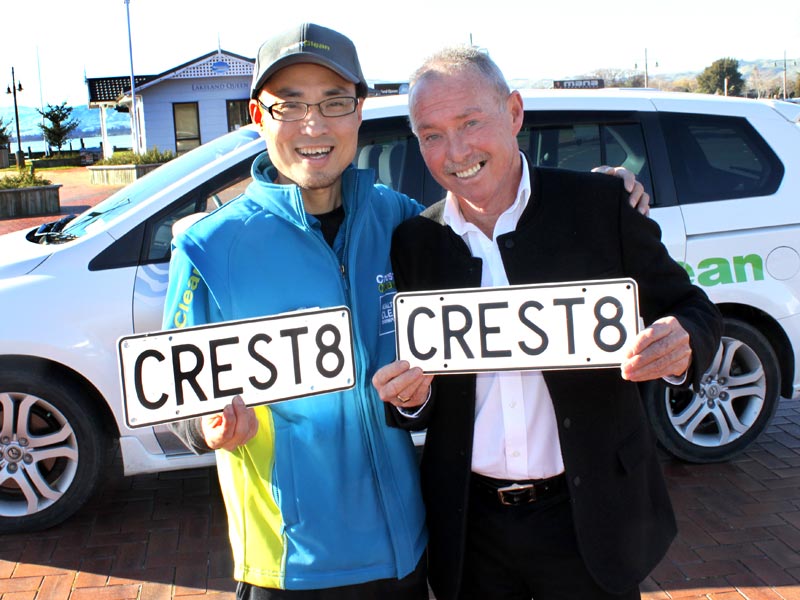 The Rotorua franchisee scooped the top prize in our photographic competition to win the unique number plate.

William revealed the meticulous effort that had gone into arranging and shooting the photo of himself dressed as a ‘working robot’.

His wife Shuqing Tian helped him get into his robot role by utilising some of his cleaning tools, which William said he wanted to look like weapons.

“My wife helped me put all the weapons on my body. I couldn’t have done that by myself,” admitted William.

“She took more than 10 photos from different angle before we were happy we’d got the right shot.”

William said it had taken a while to come up with the idea for his winning entry. Initially he had thought about using some traditional Chinese elements in his photo to reflect his Chinese ancestry.

“But then I thought I wanted to make something really different. Sometimes when I work I carry all my stuff and it feels like I’m a robot – so that’s where my idea came from!”

Number eight has long been regarded as the luckiest number in Chinese and Asian circles. With the pronunciation of “Ba” in Chinese, number 8 sounds similar to the word “Fa”, which means to make a fortune. 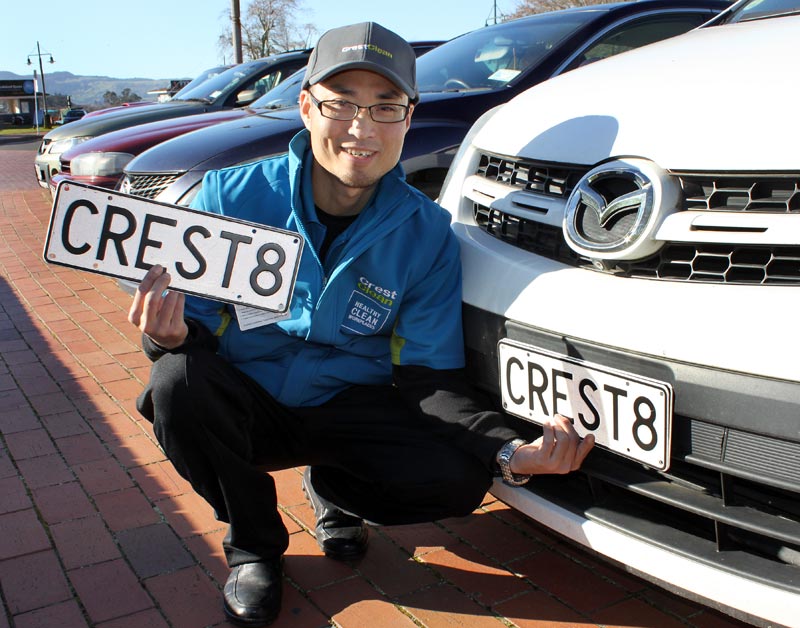 William Lin can’t wait to fit the unique plate on his Mazda MPV.

And number 8 is said to signify prosperity, success and high social status too, so its use is particularly popular in Chinese business life.

William said CREST8 would certainly bring a feel-good factor. “Having it on my car will make me feel more confident, it’s like I’m a Crest manager,” joked.

“It’s awesome I was really excited when I heard I’d won. I was a bit worried that someone might steal my idea and make a better looking robot and send that in!”

Bill Douglas, CrestClean’s Regional Manager for Rotorua, Whakatane and Taupo, said he had been delighted that four franchisees from his area had entered the competition.

“I can’t think of anything better than someone from my patch winning this competition.

“Having four of my franchisees entering is fantastic. I’m very proud of them all. I’m actually quite jealous because I wouldn’t mind that number plate for myself!” 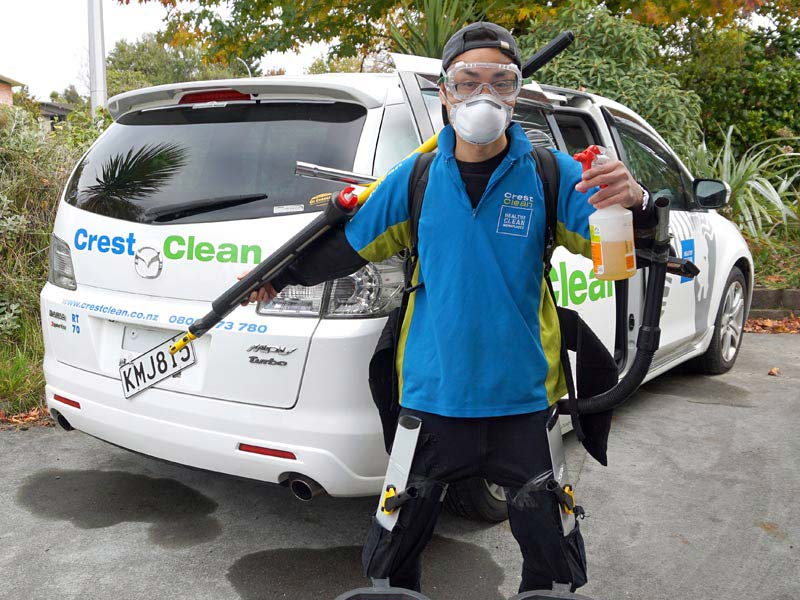 WINNER: William Lin, from Rotorua, was praised by the judges for his creativity in his entry entitled ‘Working Robot’.