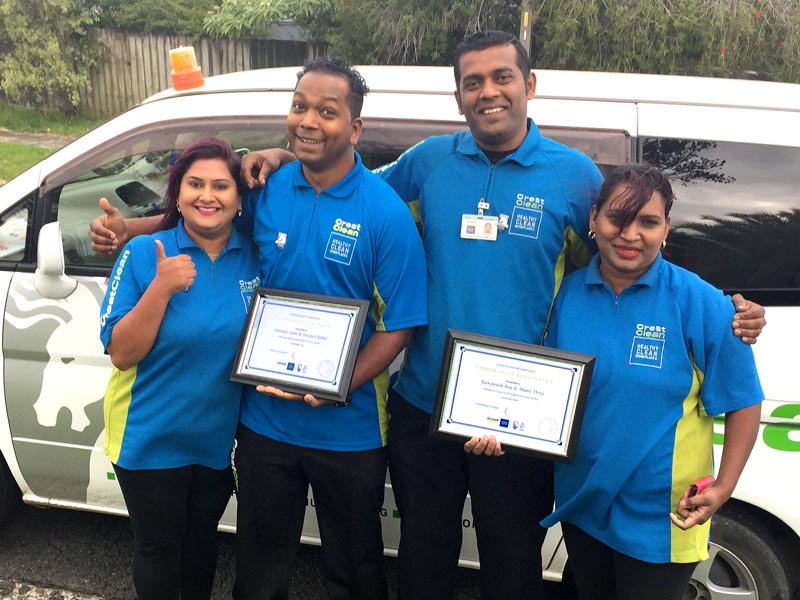 Imagine retuning to a customer’s site hours after finishing a clean to find a whole new mess had been created … and you literally had to start all over again.

That was the constant scenario faced by CrestClean personnel who provided contract cleaning services to Auckland’s Waterview Tunnel Project.

Franchisees were tasked with keeping clean three huge temporary domes and portable offices that provided rest areas and office space for workers and engineers on the on $1.4 billion tunnel project.

But the nature of the project meant heavy mud and dust from the constant foot traffic of construction workers left floors, kitchen areas and toilet facilities needing round the clock cleaning.

Julie Griffin, CrestClean’s Auckland Quality Assurance Co-ordinator, said it had been extremely hard work under very challenging conditions for the Auckland personnel involved, many of whom had only just joined the company when the project began.

The Health and Safety hoops were set high. CrestClean personnel were working on a busy work site where health and safety protocols were paramount.

Julie said the CrestClean personnel showed great commitment to their work. “None of them have moaned about it. They have just gone in boots and all and just done their absolute best to keep the client happy under the most hideous conditions.”

Franchisee Sawant Sami said it had been hard going. “It took some resilience and patience from my team. Whatever the situation was we just had to get the job done.

“Fridays would be a heavy day for us. We would hose all the domes and wash everything and get rid of the week’s dirt.”

Franchisee Ravinesh Raj and his wife Melissa Devi had just joined CrestClean when they began working on the Waterview Tunnel Project.

“This was our first job,” said Ravinesh. “It was a tough job being a construction site environment. All the guys had dirty boots.”

The Waterview Tunnel is the final link in the 48km Western Ring Route, which is expected to reduce inner-city traffic. Although it officially opened at the beginning of July, work is still ongoing to complete the construction.

Julie said franchisee Mehul Rathod had worked hard to keep an office building clean, despite the constant comings and goings of staff.

Health and safety was an everyday part of being onsite for CrestClean personnel, said Julie.

“Everybody who went on the site, no matter who they were, had to pass a drug and alcohol test and had to have a full site induction and a site specific induction depending on the areas they were working in.

“We never actually went down to ground zero where the tunnel machine was but we got awfully close to it. Everybody had to wear safety glasses at all times while walking around.

“We had to wear their colours of hi-vis, safety boots, gloves, helmets and our vehicles had to have a flashing light on top.” 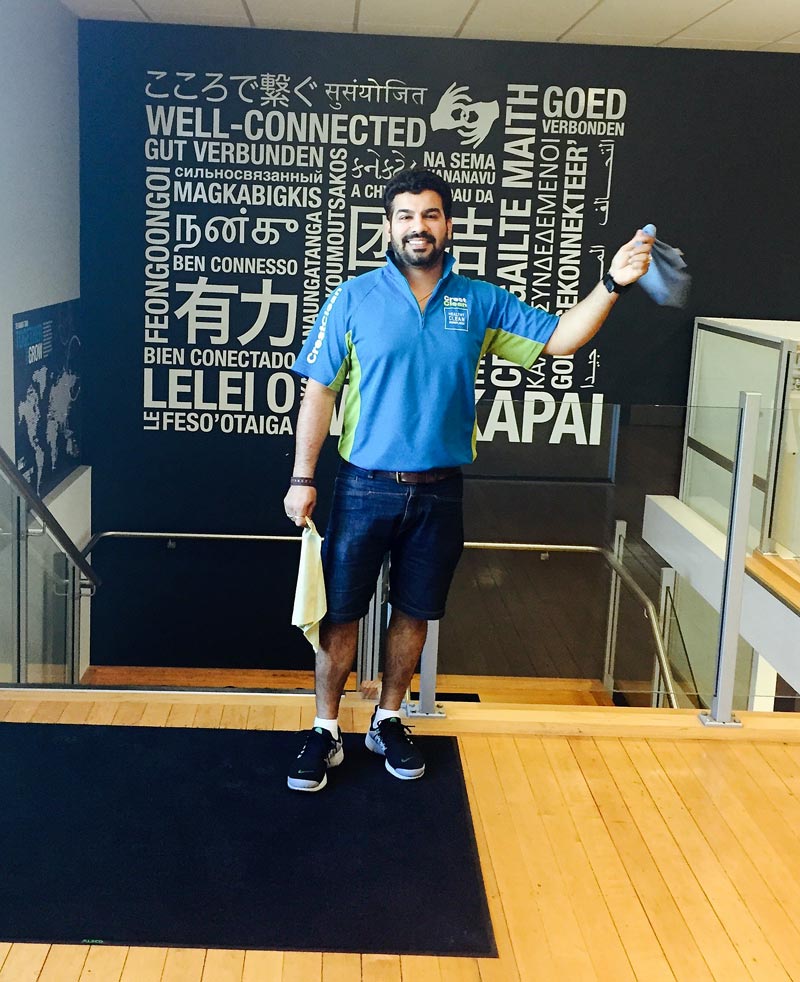