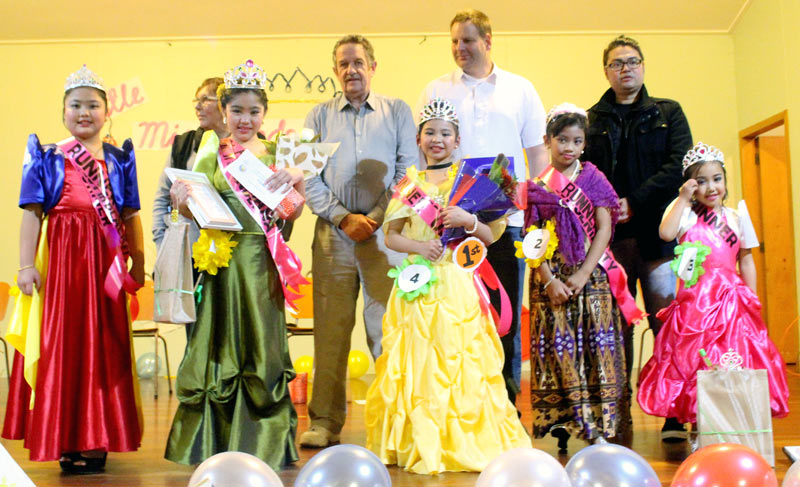 Many of his franchisees are Filipinos and Glenn often receives invites to social occasions from franchisees and their families.

So it was hardly surprising that Glenn found himself centre stage when members of the Southland Filipino Society marked their national day. A highlight of the evening was the first “Little Miss Independence Day” Competition.

Glenn said he was indeed honoured to be invited to not only attend the evening’s celebrations, but also to take up the position of one of the judges for the night!

“With almost two thirds of CrestClean’s Southland franchisees having their roots back to the Philippines, it was fantastic to be involved in such a way with them.”

But coming to the right decision was no easy task for our aspiring judge in his new role.

“Competition was fierce with a fantastic group of young princesses parading the stage in a variety of costumes, which made the judging very hard indeed,” admitted Glenn.

“There were a number of different categories to be judged – and all were of a very high standard.”

Being the consummate diplomat, Glenn said all of those involved were indeed winners in his eyes.

“Not only just the young ladies who took to the stage for the first time – but also their parents and families who took the time to support them on the night.

“As always, it was a fantastic night with great food and superb music. It was also great to see a number of our franchisees there for this very important celebration on behalf of the Filipino people.”

Marking Independence Day is a significant occasion for Filipinos around the world. June 12, 1898 saw the signing of the Philippine Declaration of Independence from Spain. Since 1962 it has been celebrated as the country’s national day.