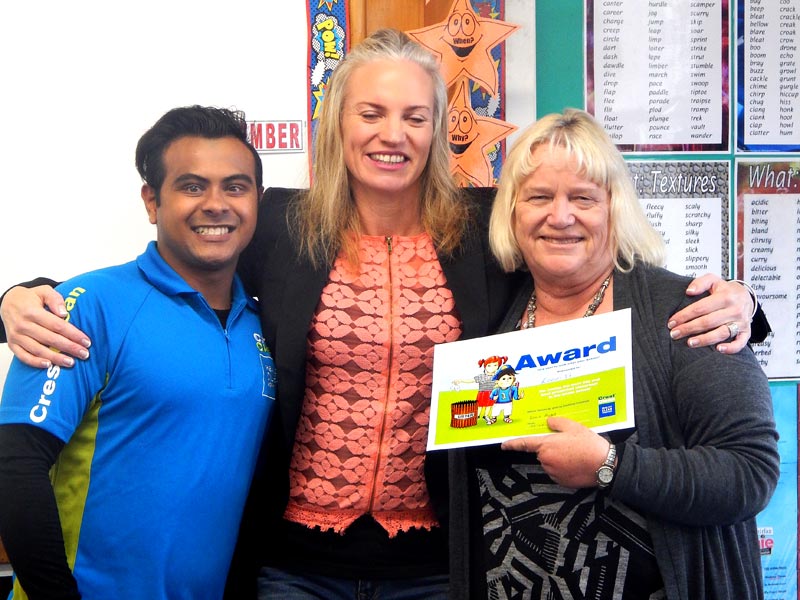 They’ve been in the business less than six months – but that’s not stopped a family franchise picking up glowing accolades for their work.

Izack Ahmed and his dad Ahimad Nur were praised for the thoroughness of the cleaning after staff and pupils returned to Nelson Park Primary School for the start of a new term.

In the holidays the pair had been busy giving the school an extensive term clean.

“Thank you to your fantastic team for a thorough clean these holidays! It was great to have the sills dusted also – finally!

“Everything is looking sparkling. Izack and his dad worked so hard and have a wonderful manner and attitude. Please pass on to them our congratulations and appreciation.”

Abby was not surprised by the feedback. The family franchisee also includes Izack’s mum Samiran Bibi.

“Izack and his parents really enjoy cleaning the school and making a difference to ensure the classrooms are clean and tidy for the children the next morning,” she said.

The family franchise has been a life-changer for Izack and Ahimad. Becoming business owners has given the family financial security and brought the dream of homeownership a step closer.

Twenty-year-old Izack had taken a gap year after finishing his schooling. He put plans of going to university on hold to set up a cleaning business with his father.

“It was really my dad’s plan,” he admitted. Ahimad was working as an arborist – but the job was physically hard and had been talking a toll on him, said Izack.

“He was looking for a career change so he decided to take up a CrestClean franchise.

“A lot of his relatives own a franchise and they gave him good feedback about CrestClean and their standards, the pay and working hours and the flexibility of working for yourself.”

In the short time they’d had a franchise he’d seen a big change in how his dad viewed work.

“It’s a passion for him now. He’s gone from being an arborist to cleaning and it’s much easier on his body, and it’s a lot more money for his time. He’s very comfortable owning a business.”

Izack says he’s learned to streamline the way they work – and that has saved time and brought efficiencies.

“I’ve found that with effective routines you can work really efficiently and quickly. That’s the good part about it. It’s cut down our time since we’ve started by about an hour a day.”

Time management was the key, he said. “It’s about how you have your equipment sorted. You have to be ready as soon as you enter a customer’s site and you have to start straight away.

“Just before we start our day everything’s ready in the van. As soon as we park we’re ready to start the job.”

They pre-plan which rooms to tackle first and allocate tasks beforehand. But they can quickly adapt if things change, such as if a room that needs cleaning is presently occupied.

“That’s the best thing about it, the flexibility you get with owning a business.”

Ahimad, who is originally from Fiji, said he regrets not buying cleaning franchise earlier. “I think CrestClean is the best thing that has happened to us.

“We should have got into CrestClean as soon as we entered New Zealand. Cleaning is a much better job, a lot nicer and the training is really good.

“I want to become someone in life. I want to buy a house and I want to have a nice future so I will definitely be expanding my business.”

He’s planning to expand the business and says his other son Ryan is hoping to join the family cleaning firm when he’s 18. 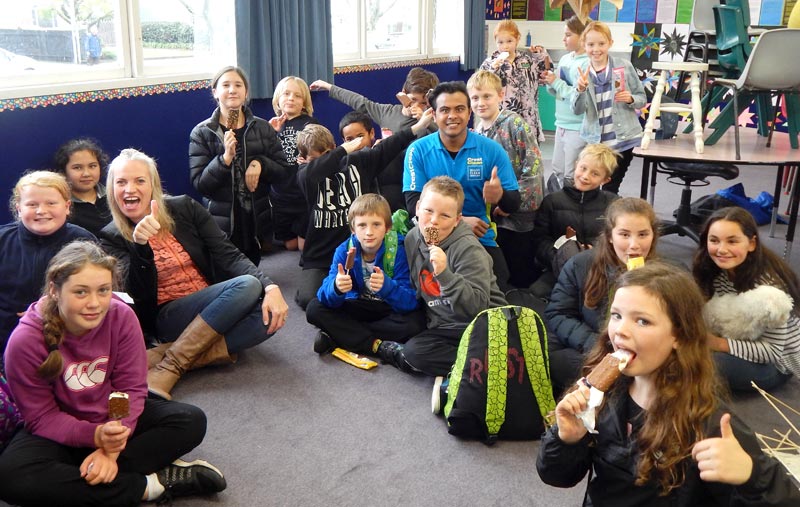 Izack Ahmed and Abby Latu give out ice-creams to students at Nelson Park Primary School after presenting the Cleanest Classroom Award to Room 17 pupils.