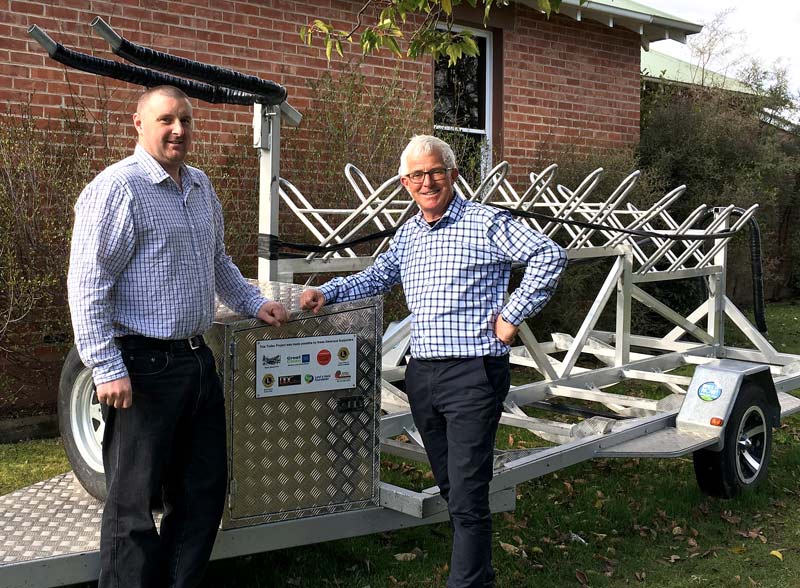 When James Dixon was asked if he could help out to get a school’s community project across the line he didn’t need to think twice.

CrestClean is among local businesses and organisations that have made the purchase of the bike trailer possible. The $8,500 carrier will enable local kids to take part in riding the Otago Central Rail Trail.

“My parents were always involved with fundraising and it’s something I’ve always wanted to do,” said James. “It’s just giving something back to the local community when there’s a need for financial support.”

James, whose cleaning team looks after Clyde School, said he had no hesitation in backing the project when approached by the Principal Doug White.

“Doug is great to deal with and has a great rapport with all the staff. Clyde is the sort of country school that I attended myself.”

Doug said he was grateful for CrestClean’s support. “Having Crest on board helped to get the project over the line in terms of a contribution that would help make it a reality.
“When I put the word out Crest was one of the organisations that came to the party and helped us with some funding for it.”

The start of the Otago Central Rail Trail was 150km from Clyde so the trailer would enable local children to take part in the popular ride, Doug said.

“We have a beautiful alloy trailer that takes 28 bikes and it’s a resource that we are going to have for a number of years.

“It helps promote cycling as a healthy and social activity for kids that hopefully will be a lifelong interest.

“We thought we needed this as part of school equipment – but of course it’s not government funded. It’s a discretionary purchase that schools make but it was very appropriate for us being in Central Otago.”

But the trailer is not exclusively for Clyde School. “It’s not only used by our school, it’s used by other schools and community groups,” he added.

Doug said he was impressed with CrestClean’s work at Clyde School. He said of particular note was the way staff could pass on their requests about cleaning requirements by way of CrestClean’s Communication Book.

“If there are bits and pieces that come up we note them and then James attends to them,” he said.

“It’s a really good feature. He personally is often on site here doing the cleaning and so he knows what sort of job has been done.”