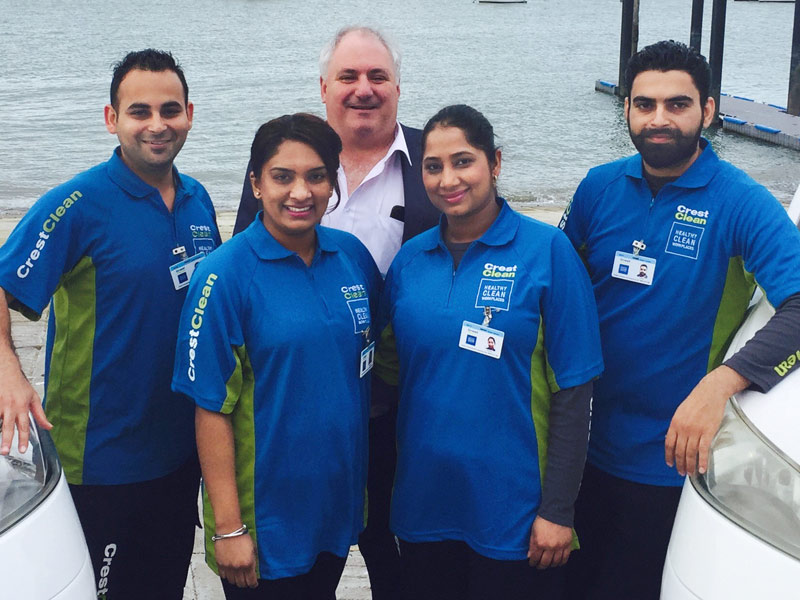 Two brothers agree Crest is best when it comes to finding that ideal work/life balance.

When Preet Sing bought a CrestClean business it was only a matter of time before his older brother LJ would follow suit.

It was after the 29-year-old lent a hand to help out his brother that he soon realised commercial cleaning offered a great lifestyle, a secure income and was a lot less stressful than working in retail.

At the time, LJ had been in charge of a family-run food and grocery store in South Auckland.
The job often meant he would often work from morning to night. And even when he shut up shop, work would always be on his mind.

“In the retail industry you’re never quite sure how much you’ll earn. Your income is up and down all the time,” he says.

Preet, 28, and his wife Susan joined CrestClean three years ago and have quadroupled the size of their business in that time. “It’s easy going to work for CrestClean. It’s a kind of fun workplace as well,” he says.

The couple, who have a young baby, say they enjoy the work/life balance their franchise gives them. “With Crest it’s really flexible hours and we get a lot of family time,” added Preet.

LJ says after working with Preet for three months he knew he wanted to be a business owner. “I was looking for a business that would give me a guaranteed income.

“My brother told me CrestClean is a reputable company and was growing and had many contracts,” he added.

His wife Parminder, who had been working in a senior role at medical supply company, works alongside her husband. “It’s a good feeling having your own company and being your own boss,” says LJ.

“They are fastidious in the way they approach their work and do a superb job for their customers.”

One of Preet’s customers is Martyn Hamilton, who runs an Auckland property management company. He says Preet does a great job. “He does exactly what I ask him to do.

“They do offices and numerous buildings for us. We look for a minimum of hotel quality standard of cleaning,” added Martyn.

“He just knows what’s required and informs me if there’s any issues I need to know about. He’s my eyes and ears.

“He’s doing a great job. He knows the standard we require and he’s pretty much on top of it the whole time.”