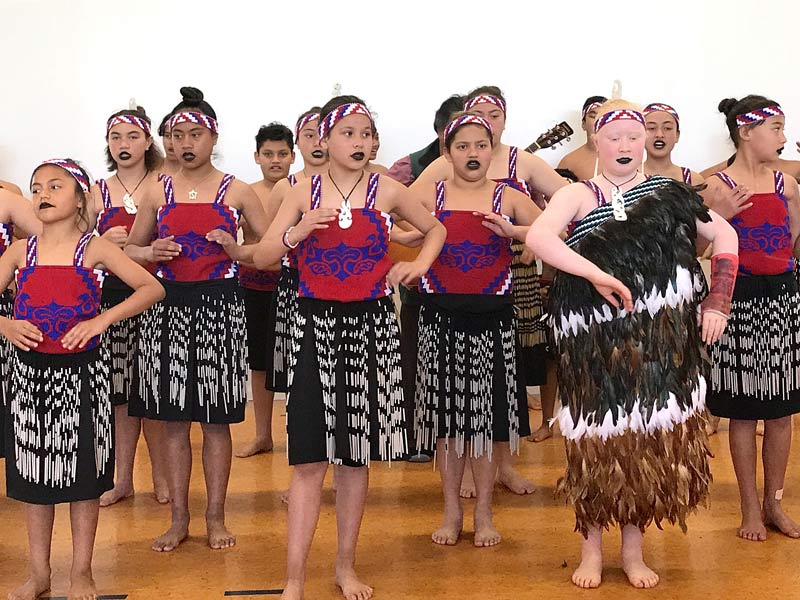 There were smiles all round when these kapa haka youngsters finally got to wear their new uniforms.

It was a proud moment for everyone at Auckland’s Glen Taylor School and an occasion that CrestClean’s Auckland Regional Manager Dries Mangnus had a special invitation to.

The powhiri was part of a “thank you” to everyone who donated cash and helped the school after it was short-changed by a rogue trader, who took money but failed to front with new uniforms worth over $3000.

After the school’s plight was featured on TV’s Fair Go, offers of help flooded in as the kids’ bitter pain and disappointment at being let down over the promised uniforms tugged on heartstrings around the country.

The story struck a chord with Dries as CrestClean personnel look after the school’s caretaking and cleaning needs.

“Crest is part of the school community and we like to help and support in any way we can,” said Dries, who was among those who made a financial contribution.

“The school is a low decile school and as such money can be tight, so it was even more heart-breaking to hear they’d been ripped off in this way,” he said.

It had been a 10-month ordeal for the kids, added Chris. “They felt let down when they didn’t get their uniforms.

“When the community got involved and managed to make it all work, as the kids said, it sort of restored their faith in humanity.

“For kids in our community to see that there are good people out there and good role models, it’s life changing.”

Chris said the support the school received was overwhelming. “I say to the people who’ve supported us, you’ve actually changed kids’ lives.”

Being at the powhiri was an honour, said Dries, who was presented with a bouquet. “I was very happy to help out and see the kids in the new uniforms. It was a surprise and really touching to receive some flowers.” 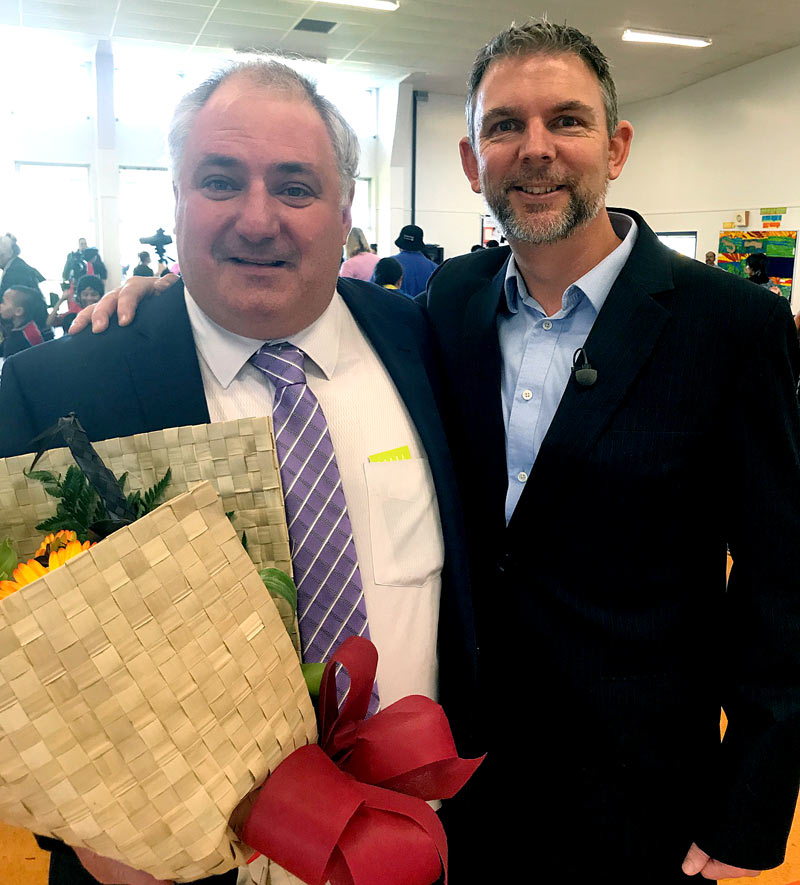