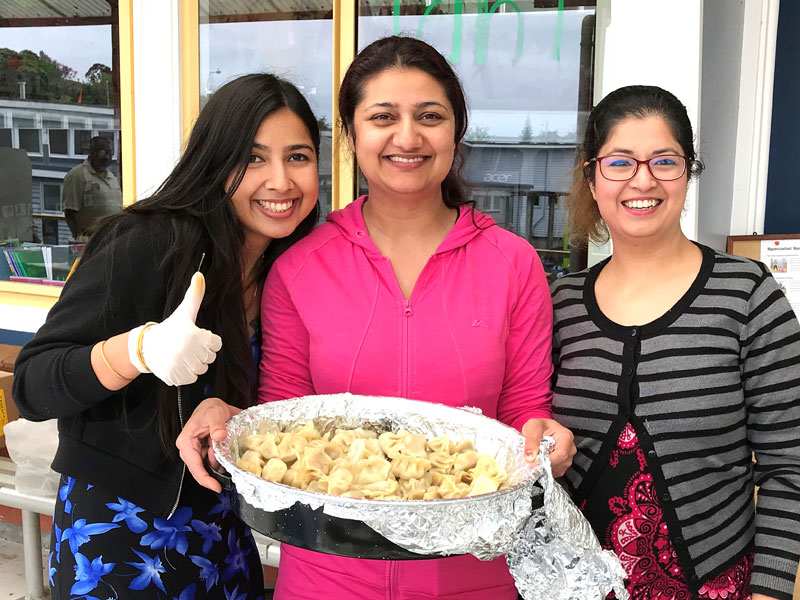 Diksha Niraula serving up the Nepalese dumplings she prepared with the help of franchisees Vrinda Nautiyal (left) and Isha Pyakurel.

CrestClean Taranaki teams raised $682 to help enrich the lives of Kiwi kids who would otherwise miss out on experiences many of us take for granted.

They cooked up a storm by making lashings of tasty dumplings to sell at a fundraising gala day for Spotswood Primary School.

Principal Mark Fisher was delighted and said his school relied heavily on fundraising to provide extra activities, such as school trips and to cover the costs of visits from drama groups. The gala was a big success and raised $7,000.

He commended the Crest business owners for happily giving up their Saturday. “We were really pleased. They donated their time and all the proceeds raised are going to the school.”

He said the tasty treats served by Regional Manager Prasun Acharya and his wife Diksha were incredibly popular. Word quickly spread among gala-goers and the dumplings soon became a “must have” for everyone.

“The dumplings were absolutely delicious. It was a different food option to what you’d normally have at a gala day. There were also sausages and burgers available at the gala but this was a really nice option.”

Money raised on the day would make a significant difference to school life, he said. “We’re a slightly lower decile school and for some of our families, especially those with two or three children, there’s a lot of costs for them.

“If we can keep costs down for special trips and activities then that’s really helpful to them.”

Due to various circumstances, some children suffer a “poverty of experience” and life could pass them by, he said. Outside of school their young lives lacked stimulation and they could end up spending a lot time around home.

“Either because the parents are busy working or they because don’t think about it, some of our children just have that poverty of experience.

“They just don’t do things with their family or go out or do stuff. They watch TV and they play PlayStation and that’s about it.”

School trips or visits by professional drama and music groups gave children a broader range of experiences than they got from TV or online viewing, he said.

“The focus really is to make sure the kids get to take part in all these wonderful activities that we have available to us but they cost lots of money.

“These live shows, although very good, are almost always quite expensive. It’s happening more and more that children don’t get to see live shows. Everything they see is through a screen.”

Prasun was delighted with the $682 his teams raised from selling bowls of dumplings at the gala. The amount had exceeded all expectations, he said. They sold more than 150 bowls of the steamed delicacy.

Prasun and Diksha are originally from Nepal where steamed dumplings are popular. But the overwhelming demand for dumplings at the gala took everyone by surprise.

“We were amazed as people kept coming up for more. Some families came back for a fourth time and wanted some packed up to take home.

“We had a lot of fun and at the same time we were raising money for the school community. It gave everyone a sense of pride to give something back to the community.”

CrestClean has been looking after the cleaning at Spotswood Primary School for 18 months. And according to the Principal, the Crest teams working there do a great job.

“We couldn’t ask for more. We are really, really pleased with the crew that we’ve got,” added Mark. “As representatives of your organisation I think they are doing a fantastic job.” 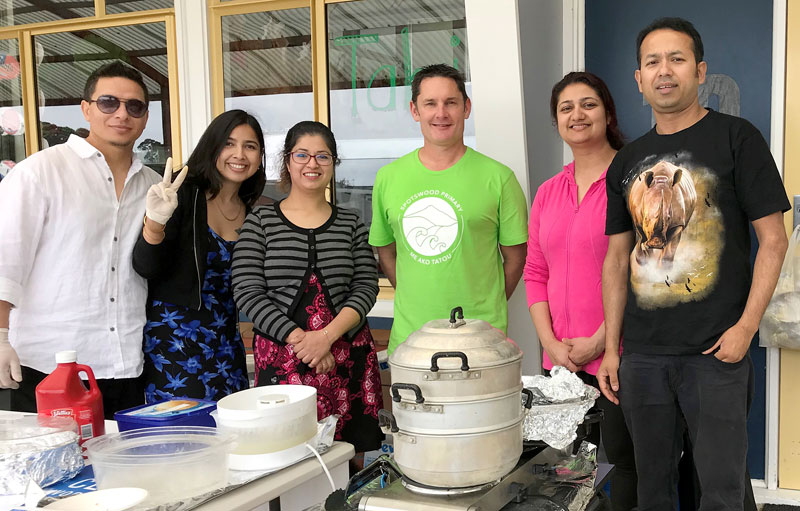