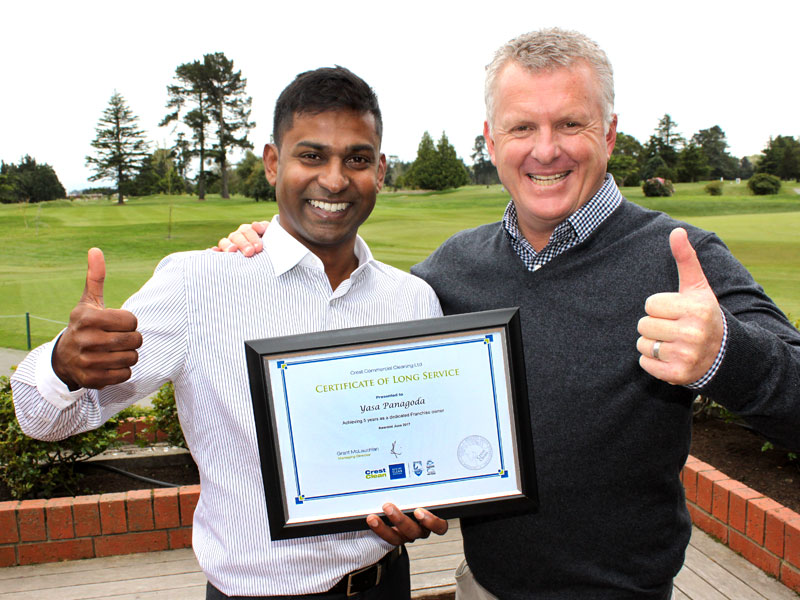 When Yasa Panagoda was training to become a commercial pilot in Australia it was cleaning that helped him keep both feet on the ground.

CrestClean’s Christchurch North Regional Manager found working as a commercial cleaner helped supplement his living expenses while he studied at flying school. And it was a job that would see his career take off in an unexpected direction.

As he celebrates five years with CrestClean, Yasa recalls how he eventually switched tack into commercial cleaning after completing his studies and gaining his commercial pilot’s licence.

“I started part-time cleaning work with a commercial cleaning company to finance my day-to-day living. While I was there I got a promotion as an area manager.”

Being evening work, cleaning fitted in around flying and studying, he says. His flying work involved taking people up for sightseeing flights over Sydney and carrying a radio reporter for eye-in-the-sky traffic reports.

After moving to Christchurch, he worked for a commercial cleaning company as customer services manager then branch manager before joining CrestClean.

Yasa says being a manager in the commercial cleaning industry has brought a lot of personal satisfaction.

“A lot of them have managed to buy their own home directly due to having a successful business.”

Having worked in the industry for nearly 20 years, Yasa is one of CrestClean’s most experienced Master Franchisees.

“It’s a great job and I put a lot into my role. I’ve done the hard yards and I know what cleaning is like. I’ve scrubbed floors, I’ve stripped floors and I’ve done window cleaning. I guess I’ve done just about everything under the sun to do with cleaning.

“At times it can be a thankless job and that’s why I really appreciate what our guys do for their customers.”