Business provides holidays for his family 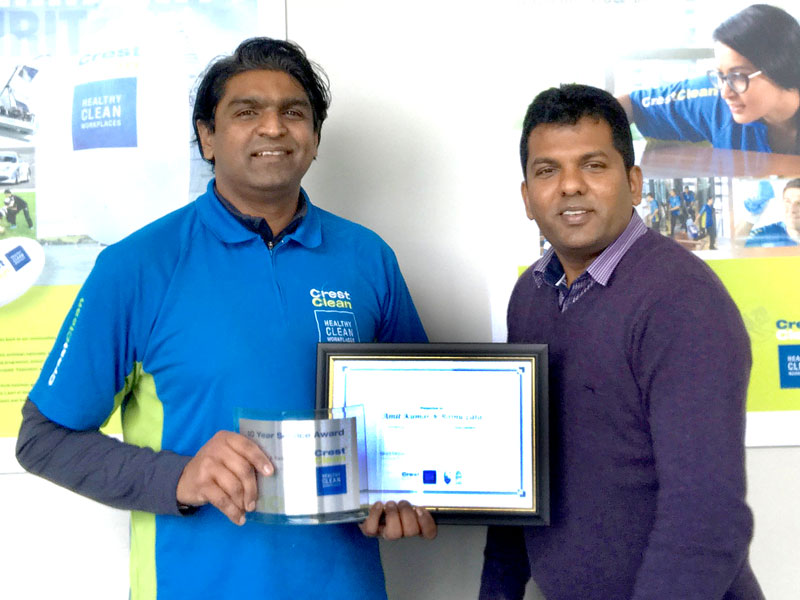 Taking his family to see their tennis hero win a major tournament has been one of the many highlights of the past 10 years for Amit Kumar.

Such occasions have only been possible thanks to having a profitable CrestClean business, he says.

“We are tennis fans and we’ve been to the Australian Open a couple of times. Last year we watched our favourite player Roger Federer win the Open – it was the best feeling ever.”

The 39-year-old, who has a fulltime job as a lighting designer, bought his franchise 10 years ago to provide some extra income for his young family.

He decided to buy a cleaning business after having been introduced to CrestClean by some relatives who were franchisees.

It’s given Amit and his wife Rainu some home comforts and the chance to take holidays.

“We’ve managed to buy a property and we have seen the world as a family,” he says. “We wouldn’t have been able to have these experiences without the extra money from Crest.

“Crest has been a really good support for me all these years.”

He says he counts himself as fortunate to be part of a company that has good training and treats its franchisees well.

“I’ve had mates who’d worked for other companies as franchisees and they’ve not had the same experience as I’ve had working for CrestClean.

“With Crest, you do your work and the payment is smooth and the money goes into the bank. It’s been a really good ride to be honest,” he says.

“I’ve been really lucky to have good customers. Wherever I’ve gone it’s been pretty good.”

“He’s very hardworking. He’s very popular with his customers as he’s dedicated to what he does and always goes the extra mile to do things for them.”