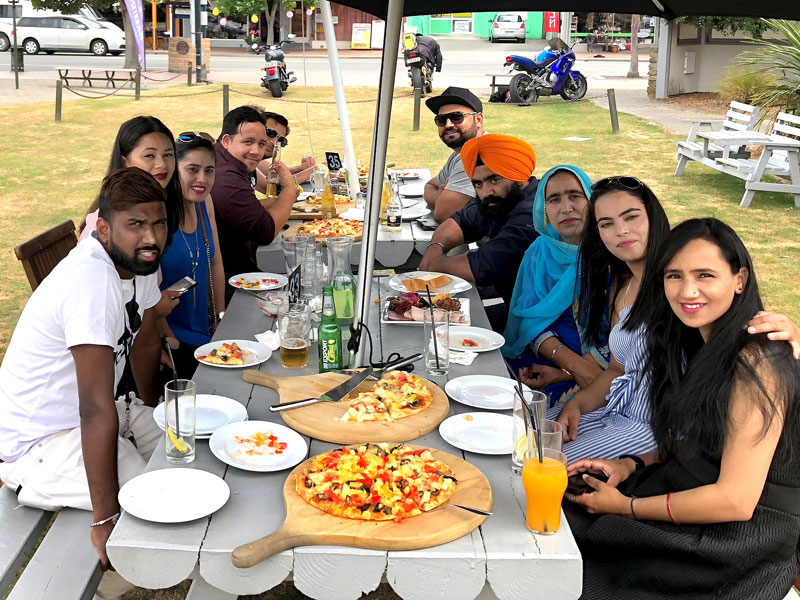 Pizza was on the menu at the annual Christmas gathering of CrestClean’s South Canterbury business owners.

Early summer’s high temperatures meant an outdoor setting was called for. “Due to all the lovely sunny hot days we have been having in South Canterbury I decided to have our Christmas party out in the lovely sunny gardens of a popular pub in Geraldine,” says Robert.

“As Geraldine is about half way between Ashburton and Timaru, and such a beautiful place, it was an easy decision.”

Business has been booming for Crestclean’s South Canterbury Region, says Robert. Four schools have been signed up this year and some new contracts were expected to be sealed in early 2018.

The party for franchisees was an opportunity to kick back and enjoy some time to socialise, says Robert.

“Our teams work really hard through the year so it’s nice to be able to show just a little appreciation for all that work by putting on some food and drinks.

“It’s good for the business owners to get to know each other and share ideas and funny stories.

“We need to remember that while our customers are taking a well-earned break, our teams will be working hard to have their businesses sparkling clean and fresh ready for their return after the holiday break.”