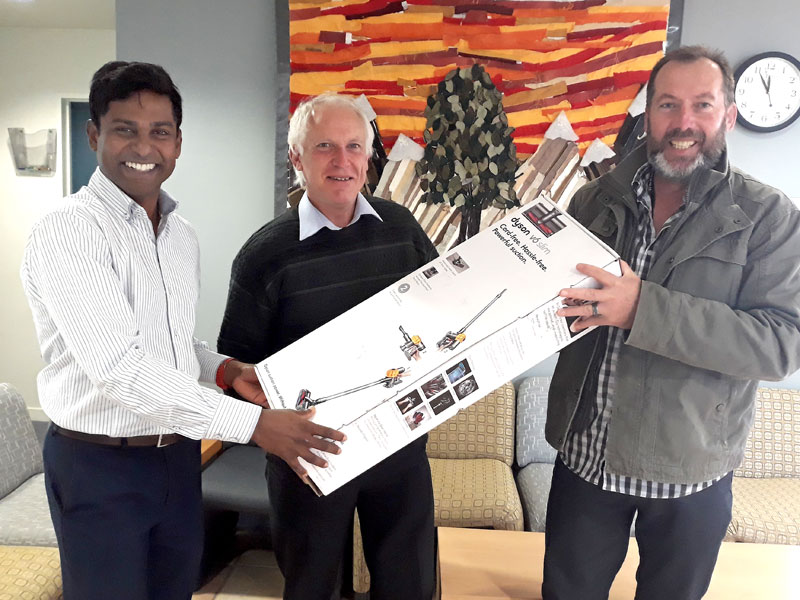 Chris, the Deputy Principal at Redwood Primary School, was stunned after learning he’d scooped the prize in a draw held at a recent gathering of the country’s top teachers.

The annual New Zealand Principals Federation Conference is supported by CrestClean, who are Gold Sponsors.

The Dyson appliance, one of the most powerful cordless vacuums of its type, was the star prize that was up for grabs in a competition draw for conference delegates at the Queenstown event.

He admits it took more than a few moments to sink in that he’d won. “I was outside the office and when I came in the principal said: ‘you’ve won a vacuum cleaner. I thought he was having me on!

“I was absolutely gob smacked when I realised I had in fact won.” Chris says it’s been many years since he’s won anything.

“As a little kid I once won a hamper. I had to carry it home the whole way, so this is quite nice and I can carry this quite easily!”

Chris has already had thoughts on how the powerful vacuum could be put to good use. The interior of his SUV is often left with telltale signs from trips to the golf course. “I’m constantly trying to get grass out of my car so this will certainly do the job,” he says.

Yasa said he was delighted to present the prize. CrestClean has been supporting the Principals’ Federation since 2008.

The company provides cleaning services to more than 430 schools throughout New Zealand, he said. “We enjoy the long term relationships we have with our school customers and being part of the school community.”