Cleanest Classroom a win-win for all 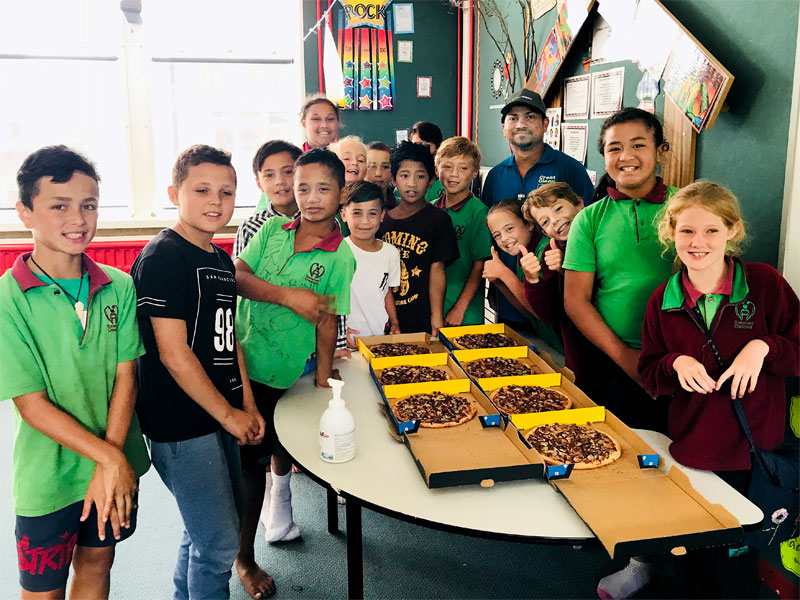 It’s no wonder these kids look so pleased themselves after scoring a pizza lunch for being so tidy.

At the Palmerston North school the competition has helped CrestClean business owner Smithesh Thomas work more efficiently. It means he can start his cleaning tasks immediately he arrives, rather than having to tidy up after messy children.

“The kids are really helping to keep the classrooms tidy. It’s made a big difference to my work,” he says.

Brad Farrier, CrestClean’s Palmerston North Regional Manager, said the award programme not only encourages pupils to take responsibility for the cleanliness of their classrooms, it teaches them life lessons.

“It involves the children and helps them care for their environment. It means the cleaners get more time to spend on cleaning tasks rather than having to spend valuable cleaning time picking up rubbish.”

CrestClean has been cleaning Somerset Crescent School for only a short time but Brad has received glowing feedback about Smithesh’s work.

“He started there at the beginning of last term and the school are just amazed by him. He’s doing a great job.

“He’s had lots of comments from teachers about how great the school is looking.”

Before moving to New Zealand Smithesh worked as an oncology nurse in Mumbai, India. More recently he had been working at a rest home in Palmerston North when he decided to buy a CrestClean franchise.

He likes running his own business. “It’s really good and I get a lot of satisfaction from being my own boss,” he says.

And working at Somerset Crescent School is a pleasure. “The principal is really great and the staff are friendly and are just like family.”