Pay boost from being own bosses 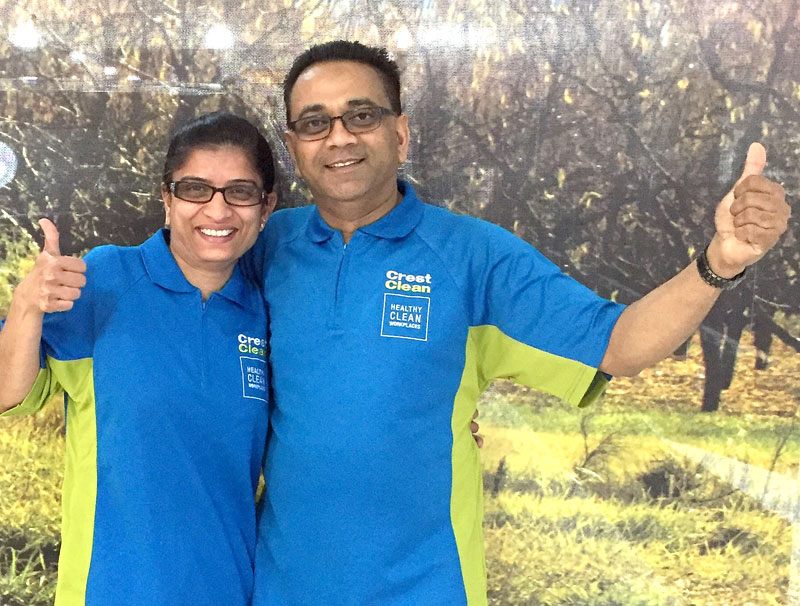 In less than six months Minesh and Hemali Patel have doubled the size of their business.

However, the husband and wife team have not wasted any time since buying their business. Impressively they’ve more than doubled their turnover in the short time they’ve been franchisees.

And it’s not only the Auckland’s couple’s determination to succeed that has been recognised. Their outstanding service to their customers has seen them showered with praise by Julie Griffin, the company’s Auckland Quality Assurance Co-ordinator.

“They are fantastic. They do a great job and they are lovely people who have a great attitude,” says Julie. “They are very customer focused and want to do the best job they can.”

The couple have won Julie’s annual New Team of the Year Award. The award is the Julie’s brainchild. She’s passionate about recognising the work of new franchisees who’ve hit the ground running.

“I live to give recognition to people who have bought a business for all the right reasons and are committed to doing a great job for their customers,” she says.

Before buying a cleaning business Minesh managed a superette for 12 years. Being business owners has been life changing, he says. “It’s the best job I’ve had, I think I should have joined CrestClean a long time ago.”

Working in a small retail outlet meant long days, often working in excess of 60 hours a week, says Minesh. “There’s a lot competition from the big supermarkets, especially in Auckland.” He says he was also fearful of the potential risk of crime, with an increase in violent armed raids on dairies and convenience stores.

Deciding it was time to work for themselves, Minesh, 45 and Hemali, 42, began looking at buying a business. “We looked around and found CrestClean is the best franchise,” he says.

“Now I’m working fewer hours and making more money.” But there have been other big gains he says, such as working half the hours and having a lot more family time.

“We can have breakfast together every day. We have a late lunch then we start work. It’s a good routine. We now see each other just about 24/7.”

Minesh and Hemali live in Onehunga and like the fact that they work close to home. They look after a number of offices and commercial premises, including four car dealerships in Green Lane.

“We are both enjoying the work. It’s not only a matter of money, we actually enjoy the cleaning,” says Minesh.

The couple have an eye to expand their business further. They’ve just bought a $5,000 buffing machine so they can specialise in Hard Floor Care.