Couple have sights on new van for business 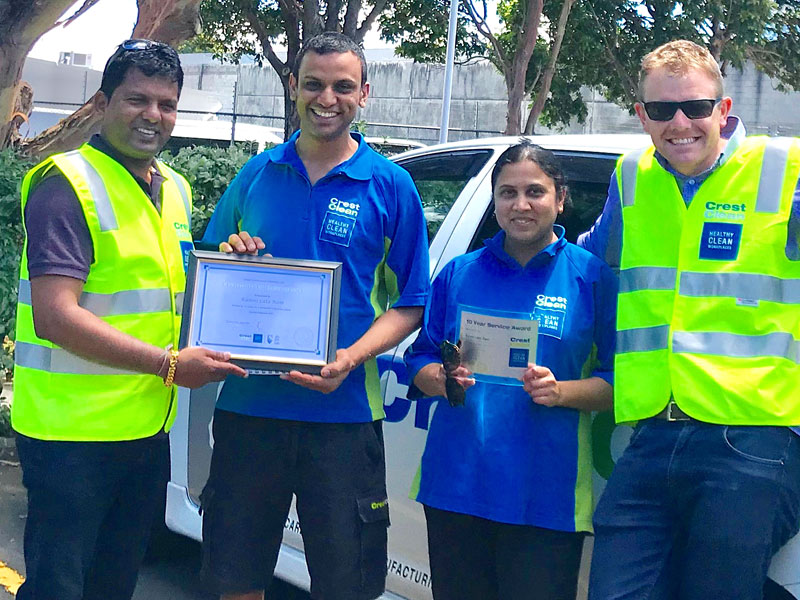 Shalend Ram didn’t have to think twice when deciding what he and his wife Kamni would do with the $2000 bonus they received from CrestClean.

The successful franchisees will put it towards the purchase of a new vehicle they’ve got their eye on for their Auckland business.

The money, in recognition of the couple’s 10 year Long Service Award, will help pay for the Nissan NV200 van.

Owning a CrestClean business has enabled the couple to have the lifestyle they’d always wanted, says Shalend.

The company came onto their radar at a time when living costs were beginning to bite for young couple, who are originally from Fiji.

“We had one kid and my wife was not working,” says Shalend. “Living in Auckland was very hard as everything was very expensive.

But it was a family connection that paved the way for change. “At the time my cousin was working for CrestClean. I went with him and found I really liked the work.”

Shalend liked what he heard about owning a franchise – and their decision to join the company changed their lives, he says.

“Crest gives us flexible hours so my wife can drop off the kids at school and do the cleaning in the daytime and pick them up in the afternoon.

“No other jobs would let her work from nine to three and do this,” he added.

Shalend also works as a hydraulics technician repairing heavy machinery. But after he clocks off from his day job he puts on his CrestClean uniform to join Kamni.

He likes the fact all their customers are close to their home. “We are home by 8 o’clock and we have plenty of time for our kids.”

Viky Narayan, CrestClean’s Regional Manager for South and East Auckland, says Kamni and Shalend are a great team. “Their customers love them. They really go the extra mile doing things for the customers. They are superstars for us.”

Many of Viky’s teams have been with the company for more than a decade. So why do people stay so long?

“It’s a lifestyle business and people like the flexibility of running their own business,” he says.

“They have a guaranteed regular income and they know their investment is safe with us.

“Some of our long serving franchisees have done really well and through working hard now own two or three houses.”

For Kamni and Shalend, they see a bright future for their business. They enjoy their work and the interaction with the many people they meet in the course of their work.

“The customers don’t call us the cleaners, they call us by our names.” Says Shalend. “They treat us like a staff member. It’s a really nice feeling.”