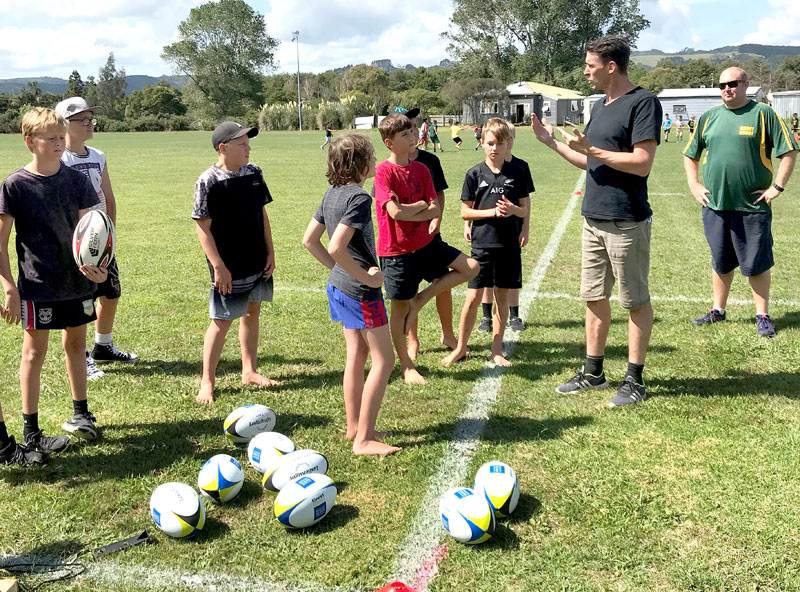 Ex-Highlanders player John Leslie has ramped up his goal to boost the number of junior rugby coaches by rebooting his acclaimed training programme.

The former Scotland international says there’s no shortage of mums and dads willing to get involved in coaching – but they often lack good resources to make it happen.

The Dunedin-based rugby guru is visiting local clubs to pass on tips in a new series of free workshops for volunteer rugby coaches throughout New Zealand.

CrestClean is partnering him to provide 50 training events. The skills clinics and a comprehensive training manual are offered at no cost to participants. 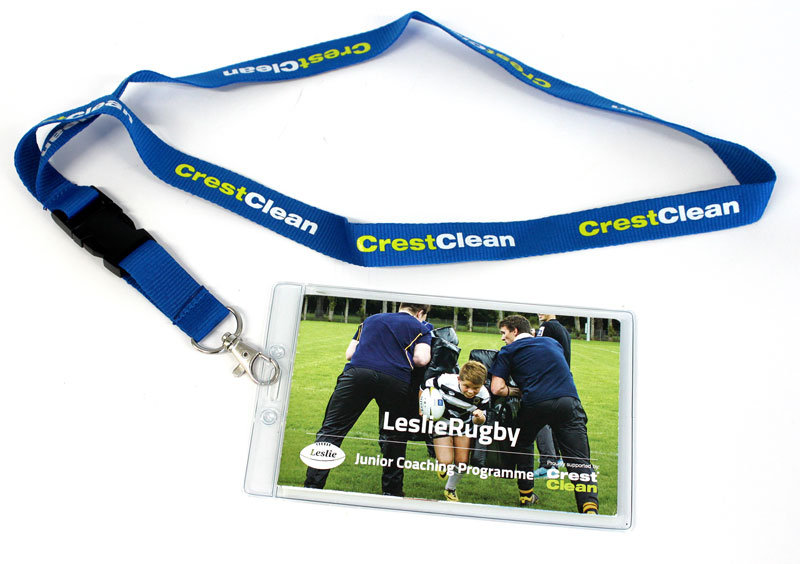 Everyone attending the coaching sessions receives a free lanyard with details of how to download the Junior Coaching Programme.

John, who set up LeslieRugby in 2006 to foster the game at grassroots level, has totally reworked his training ideology. He says it’s never been easier for people to gain the skills to be involved in junior rugby.

At the workshops, course participants will learn the latest coaching techniques and each will be given a handy lanyard. It contains details of how to download John’s new free 39-page Junior Coaching Programme.

John says he’s determined to put the fun back in coaching. He says all too often those coaching youngsters lack a good plan and the confidence to successfully deliver it.

“People can get stuck at practice, especially if they haven’t got their planning right.

“These workshops are all about giving volunteer rugby coaches a plan so they’ll never feel stuck or frustrated at rugby practice again.

“I’ve coached more than 20 rugby teams in my 13 years of volunteering at rugby coaching. I’ve boiled down my learnings into three core principals and a two-step plan.” 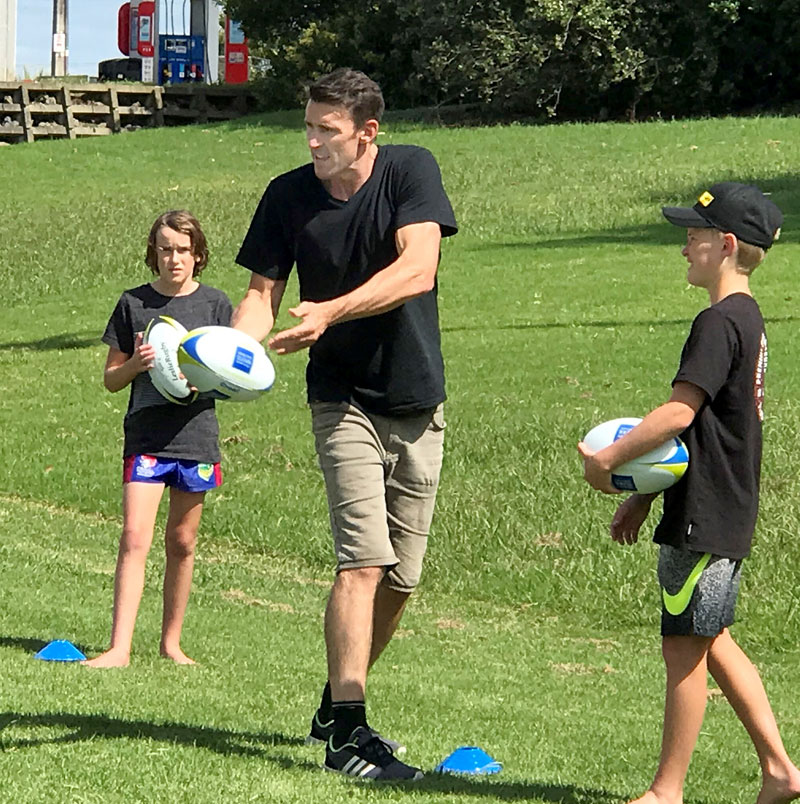 He’s worked on the new coaching programme with his close friend Tony Brown, a former Highlanders Coach who led them to their Super Rugby Championship in 2015 who now coaches Japan’s national rugby team.

“I’ve teamed up with Tony to get the professional angle and blend it in to work at a grass roots level,” says John.

He says the workshops are aimed to empower attendees. Each coach walks away with a solid understanding of how to run an hour-long coaching session. The downloadable coaching book means coaches have all the information in the palm of their hand, viewable on their phone or mobile device.

The programme is a way to help strengthen junior rugby teams from the ground up and enhance the quality of the experience for everyone who’s involved, he says.

Grant McLauchlan, CrestClean’s Managing Director, says junior rugby suffers from a lack of trained coaches – but no shortage of keen parents who want to give it a go.

“What they need is a training plan to bring out the best in their kids’ teams. That’s why LeslieRugby and CrestClean have teamed up to develop an easy-to-follow programme of core skills.

“It means that any coach can use it to successfully keep the kids under control and have fun while they get fit and rugby skilled.”

He says the programme empowers those people at the coalface of rugby coaching.

“It’s gives them skills and rules and a guide to running a worthwhile coaching clinic. It’s about coaching aspiring coaches so they are better coaches and helping the game develop.” 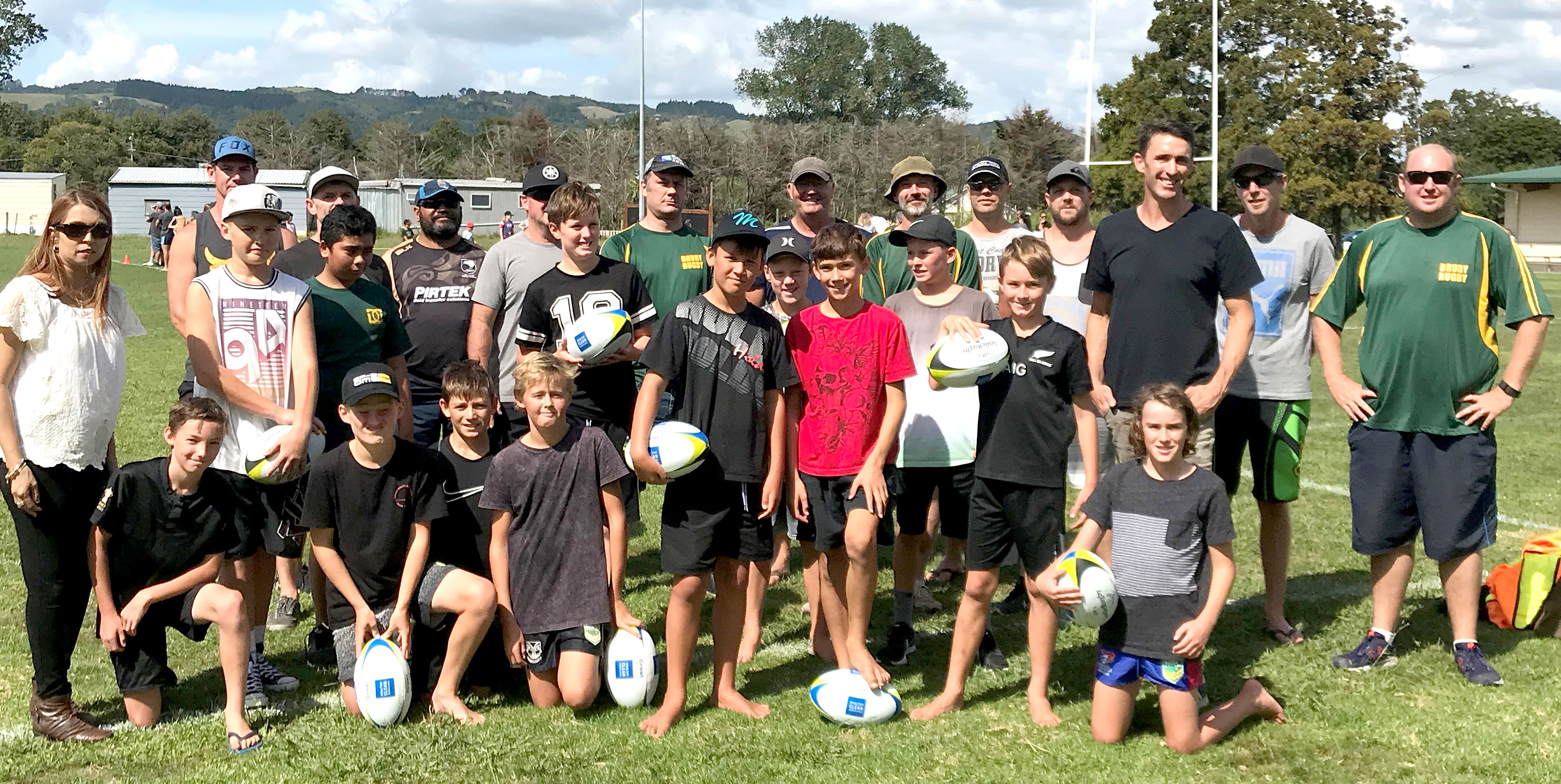 Parents and youngsters who attended one of the first coaching sessions at Drury, Auckland. 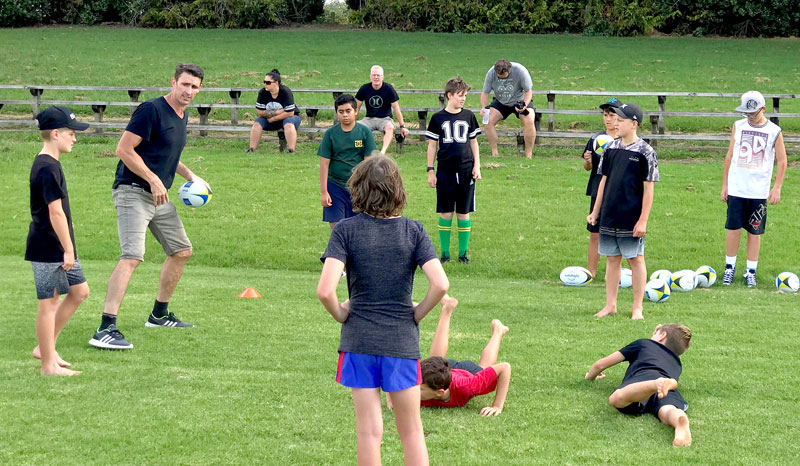