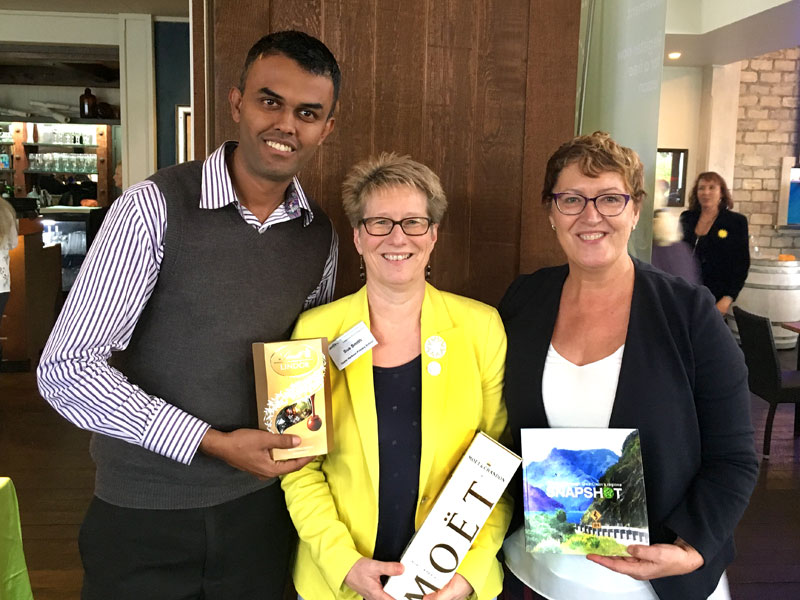 Bubbles and chocolates for Sue Smith. She is seen with CrestClean’s Neil Kumar and Caroline Wedding.

CrestClean’s partnership with consumables company Alsco was a hot topic of conservation at teachers’ conferences in Auckland.

A recent alliance between the two companies has enabled CrestClean to provide schools with a range of products and services under one umbrella.

With schools running on tight budgets, Neil says principals were keen to explore where savings can be made. When Alsco products, such as hand towels, toilet paper and soaps, are supplied by CrestClean, schools reap the benefits of an efficient and economical service.

“Principals are busy people and this is one less thing for them to worry about,” says Neil. “Schools are always looking at making savings where they can.”

Throughout the country Crest has a total of 474 school customers. Cleaning personnel carry out 100,000 visits to schools each year.

“The number of schools that we clean at has been increasing every year. We have a good relationship with principals and they know we provide a quality service,” added Neil, CrestClean’s North Harbour Regional Manager.

CrestClean’s caretaking division also attracted a lot of interest at the summit days. Crest PropertyCare provides schools with a viable alternative to directly employing a caretaker.

“Principals are delighted with the new service. I understand there’s a lot of internal chatter between principals around the country who are faced with what to do when their caretaker retires.

“We’ve had a huge amount of positive feedback from schools now using our caretakers and we’ve had a lot of enquiries from others asking how the service works.”

Participants to the summit days didn’t leave emptyhanded. Each one received a goody bag packed with items from CrestClean and Alsco.

An extra prize of a carton of tissue boxes went to Helen Auty, a teacher at Laingholm School.

“The tissues were a quite novel but a practical prize,” says Caroline. “There’s always tears and there’s always runny noses at schools. Helen was delighted to win something that was useful.” 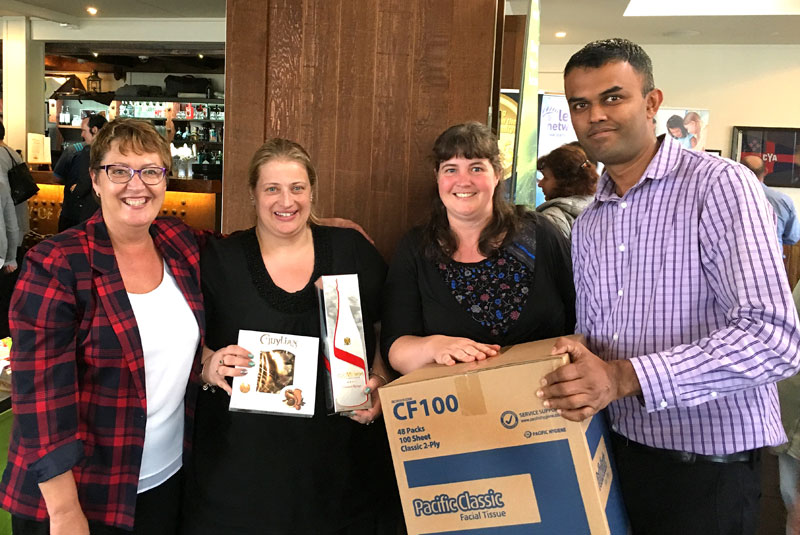