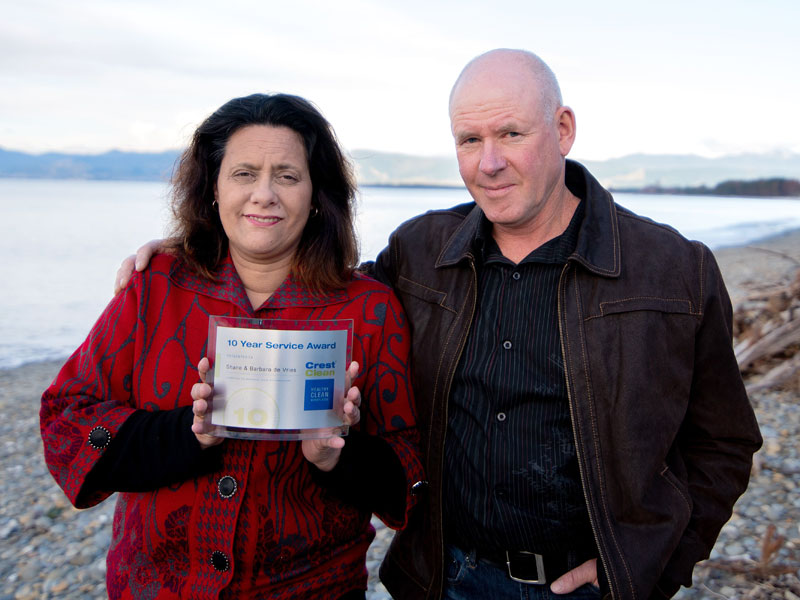 When Barbara de Vries bought a cleaning business in 2008 it was meant to be stopgap until she figured out her next move.

Now a decade later she and her husband Shane have just clocked up a decade with CrestClean and recently received a long service award to mark the occasion.

Barbara laughs as she recalls her thinking at the time. “I thought ‘I’ll do this for a couple of years until I know what I really want to do. It’s not hard and I don’t mind getting my hands dirty’.”

The couple had been living in Tauranga and moved to Taupo to start their cleaning business. “Shane gave up his job boatbuilding and making luxury yachts in Tauranga to come and help me. He said it would be for six months and then he’d find something else to do.

“That six months has turned into 10 years,” says Barbara, who is now CrestClean’s Regional Manager in Nelson.

Before joining CrestClean, Barbara worked as a sales rep for a small goods company. She bought the cleaning franchise from one of her relatives and initially held down both jobs.

But travelling around the middle of the North Island five days a week took its toll and she eventually quit her sales role to concentrate full time on cleaning.

Barbara and Shane worked in Taupo for two years before selling the business to move to Rotorua, where they ran a Crest franchise for three years.

When CrestClean gave her the opportunity to become Regional Director in Nelson, Barbara jumped at the chance to relocate to a city that consistently tops the list for annual sunshine hours.

It’s a role she loves. “After 10 years with CrestClean I’m just as enthusiastic now as when I started,” she says.

Helping others to achieve their dream of being a business owner through CrestClean is part of the job Barbara relishes. “My big thing is I enjoy seeing people grow in their business lives.”

Barbara, who oversees 24 cleaning teams, says CrestClean personnel are one big family. She arranges social events and regular catch ups for her teams. Each Friday she has an open office for Crest business owners.

“They can come in have a coffee, ask any questions and have some refreshments. It’s also an opportunity for the franchisees to catch up with each other,” she says.

Barbara and Shane have recently purchased a 10-acre lifestyle block at Murchison on the edge of the national park.

“It’s a chance to get back to nature and it’s off the grid and has solar power. It’s totally different,” she says.

A holiday to Europe is on the cards later this year to mark the couple’s 10 years with CrestClean.

A fan of holidays afloat, this year’s cruise will be different with a trip planned from Amsterdam to Budapest,” says Barbara. “A cruise is my treat every year but this will be my first river cruise.” 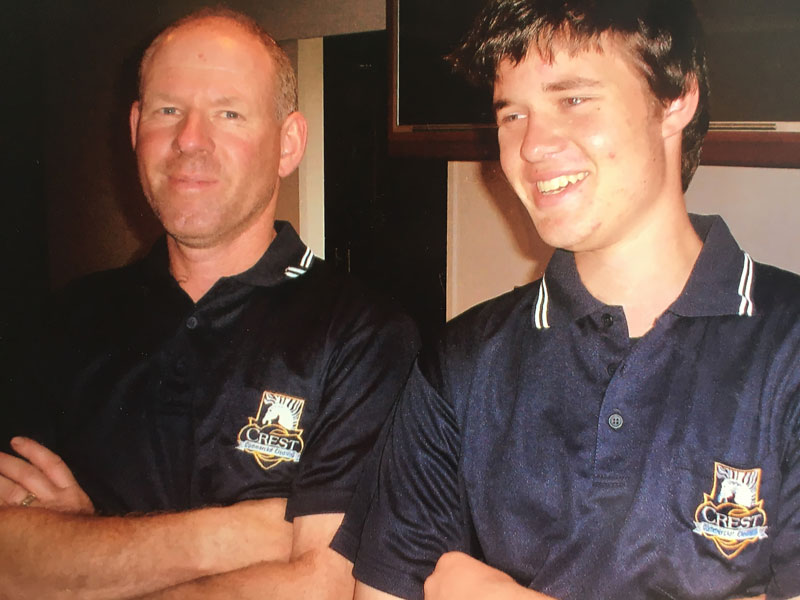 Shane and his son Lars on their first day with CrestClean in 2008.