Accolades flow after his 15-year commitment to Crest customers 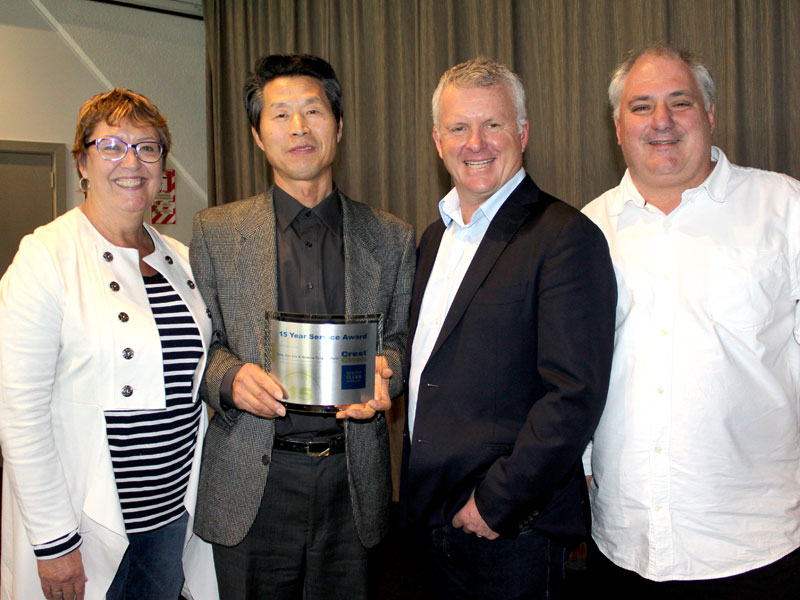 CrestClean business owner Martin Kim can’t quite believe how long he’s been with the company.

“Time has gone very quickly, I can’t believe 15 years have passed,” he says, reflecting on the shiny award he received to mark his long service.

Martin bought one of the very first Auckland franchises and over the years he’s grown his business. He remembers that Crest was a standout among the other cleaning companies he looked at when he decided to explore working for himself.

And his decision to invest in Crest has worked out extremely well, he says. “I have flexible hours so that gives me plenty of time to enjoy my life. The income is regular and Crest takes care of everything such as the GST.”

Martin has had some cleaning contracts for many years. “I still have some customers who been with me since I started my business,” he says.

Caroline Wedding, Auckland West regional manager, says Martin is a very valued member of her team. “He’s a real Crestie and he’s been with us since the early days. He’s always a delight to work with. I think you could speak to any of his customers and you’ll find they all love him to bits.”

She says Martin has gained a reputation for excellence. “He’s so consistent with his work and he doesn’t miss a beat. To run a business problem-free for 15 years is something to be admired.

“In Auckland the cleaning market is hugely competitive so to have customers who’ve been with you for many years is testament to Martin’s commitment to his job and the high standards he maintains.”