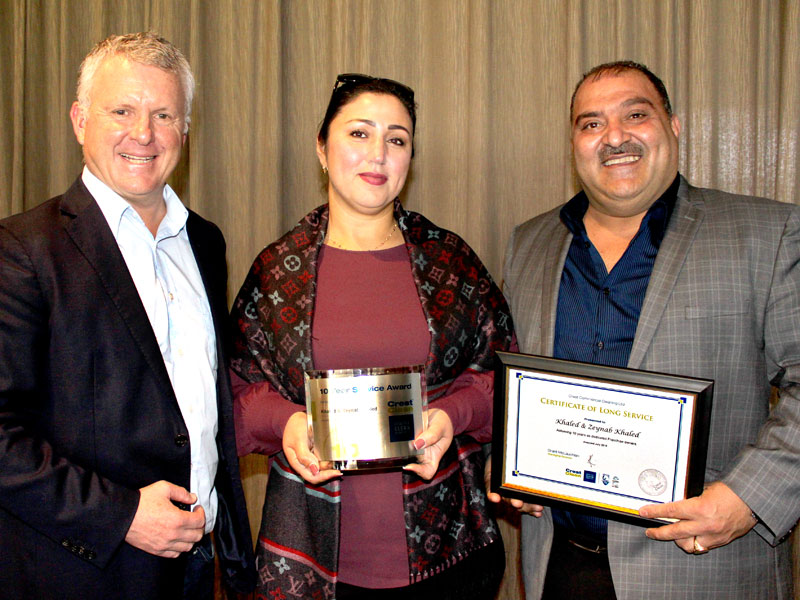 When an Auckland couple decided to sell the cafe they owned and go fulltime with Crest it was a move that brought a newfound freedom, they say.

Khaled and Zeynab Khaled purchased their CrestClean business 10 years ago, initially fitting the cleaning into their busy day running the cafe in Auckland’s Green Lane.

After selling up to concentrate on growing their cleaning business, they saw their income soar. But there were other benefits that were not just financial – they got to spend more family time.

“At the cafe it was hard work. We were up at 6.30am and were still working until 9 in the evening,” says Zainab.

Before joining CrestClean the couple had carefully researched what was involved to become franchisees and more importantly, whether cleaning was a good fit for them.

“We compared Crest with other companies at the time and to be honest Crest was the best,” says Zainab. “With Crest you have a lot of flexible time to enjoy your life.”

She says CrestClean’s Auckland regional manager Dries Mangnus was invaluable in giving them confidence to proceed and steering them through the steps of becoming Crest business owners. “We will always remember the support he gave us. He helped us so much.”

Zainab credits the success of their business that they have been able to become homeowners. “There’s no doubt the income from our Crest business helped us get on the property ladder,” she says.

Over the years Zainab and Khaled have formed close bonds with many of their customers, often going above and beyond what’s expected. “You have to really look after your customers and be prepared to do any little extras they ask for,” says Zainab.

To recognise and show appreciation for one of their longstanding customers, the Khaleds once provided morning tea for the staff of about 40 people.

Zainab has some advice for anyone thinking of becoming a Crest business owner: “Be prepared to give 100 percent for the customer to make them happy, no matter what.

“If you are prepared to work hard and have a passion to succeed you won’t have any problems.”

Zainab says owning a Crest franchise is the best business they’ve had. “We are very happy with what we’ve achieved through Crest.”

“They work really hard to make sure their customers are happy. They build good relationships and they are very kind and generous people.”

As well as getting a certificate and a plaque to mark 10 years with CrestClean, Zainab and Khaled received $2,500 from the company.

“We are planning a few days away in Queenstown to celebrate,” says Zainab.