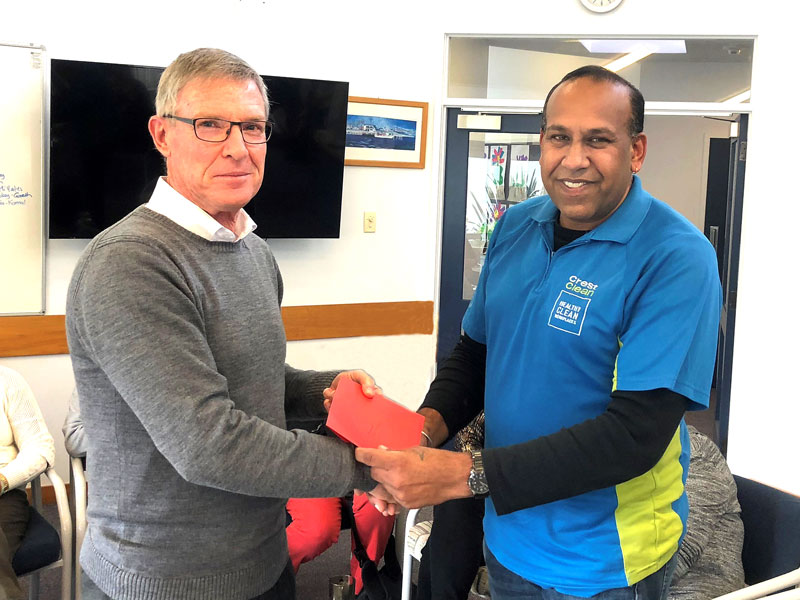 Kamal Jeet Singh was showered with compliments about his dedication to the job during a special morning tea put on in his honour by an Auckland school.

The CrestClean business owner has been looking after Macleans Primary School for the past 16 years. Kamal is handing over the cleaning duties to a colleague – but grateful staff couldn’t let the moment pass without expressing their heartfelt thanks for his commitment to keeping the school clean.

Kamal, who was presented with a $100 gift voucher, also received a card from principal Brian Bayly on behalf of the staff, students, and the school’s board of trustees.

It began: “Thank you for a job really well done over the past 16 years. We have appreciated your diligence, reliability and flexibility when working with us.”

Kamal was also commended for maintaining a consistently high level of cleanliness at the school. “Teachers and children have appreciated coming in each morning to clean and tidy classrooms and toilets.”

CrestClean personnel run their own businesses under the Crest umbrella. It’s a major point of difference that sets the company apart from other cleaning companies. Crest franchisees foster close working relationships with their customers, a fact touched upon by Mr Bayly in the card.

“As management, we have appreciated the level of ownership you have exercised in your role, meaning we have had to do very little in the way of monitoring the quality of your work,” he wrote.

Being complimented by his customers is a reflection of the successful way Kamal runs his business, always putting customers first. Last year an Auckland company, praising his work, said in the 15 years Kamal had been the cleaner there had not been a single complaint over the cleaning.

The morning tea at Macleans Primary School was a career highlight for 45-year-old Kamal. “It was lovely and I felt proud to be recognised by the board of trustees and all the staff at the school,” he says.

As well as running his own cleaning business, Kamal is a Regional Trainer for CrestClean. He enjoys passing on his knowledge to Crest’s newcomers. “One of the things I always stress to new franchisees is that communicating with your customers is really important,” he says.

In a competitive market, keeping customers happy by providing a good service and listening to any concerns they have is paramount, he says.

“With more than 180 cleaning companies in Auckland, it’s important to look after your customers’ needs. Many of my customers are saying that nearly every day someone is coming knocking on the door to ask about cleaning.”

Linda Hill, CrestClean’s Auckland East Regional Manager, says Kamal is a model franchisee. “He’s very focused on his customers and does a fantastic job for them.

“It was really great to see him recognised by the staff and the board of trustees at Macleans Primary School.” 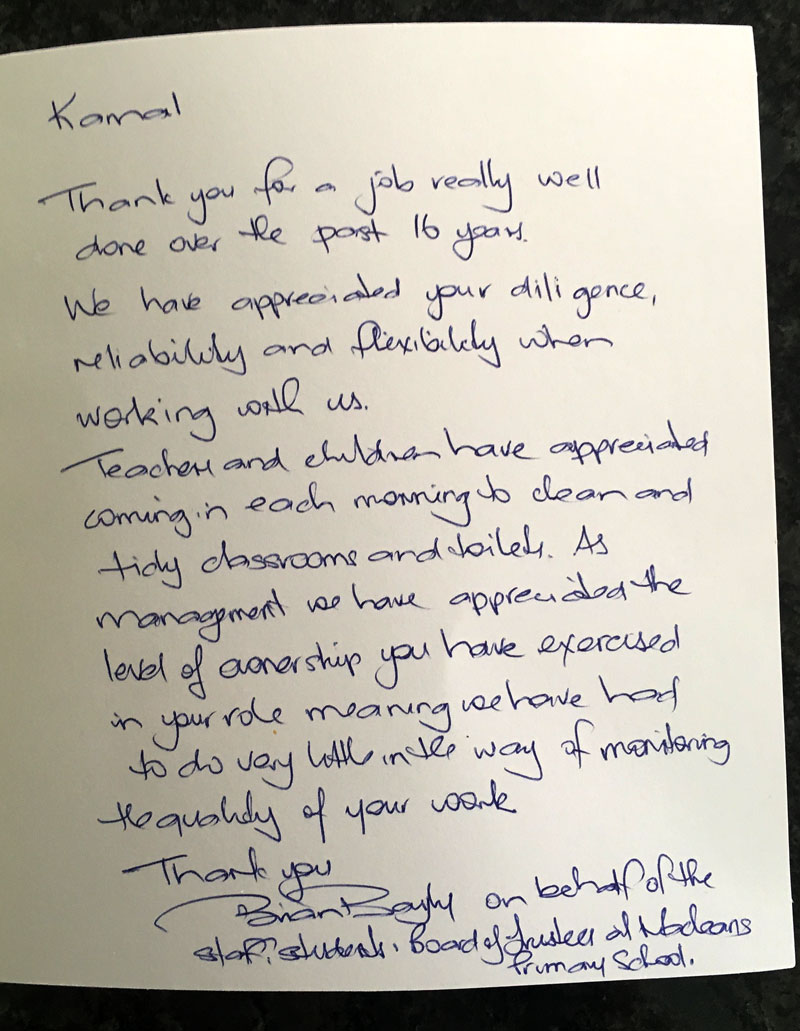 Letter of thanks from the school.