Colleagues turned out for a special lunch to say farewell to Renish Mathew and Jiji John at CrestClean’s Palmerston North office.

Brisbane beckons for two business owners who said farewell to colleagues at a special lunch at CrestClean’s Palmerston North office.

Jiji John and Renish Mathew are both heading across the ditch for a life in Australia with their families after three years as CrestClean franchise owners.

Shareen Raj, CrestClean’s Palmerston North / Kapiti Coast Regional Manager, said the two men will be missed and she praised them for their hard work and dedication to their customers. “They both look after their customers extremely well and frequently go well beyond what’s expected.” 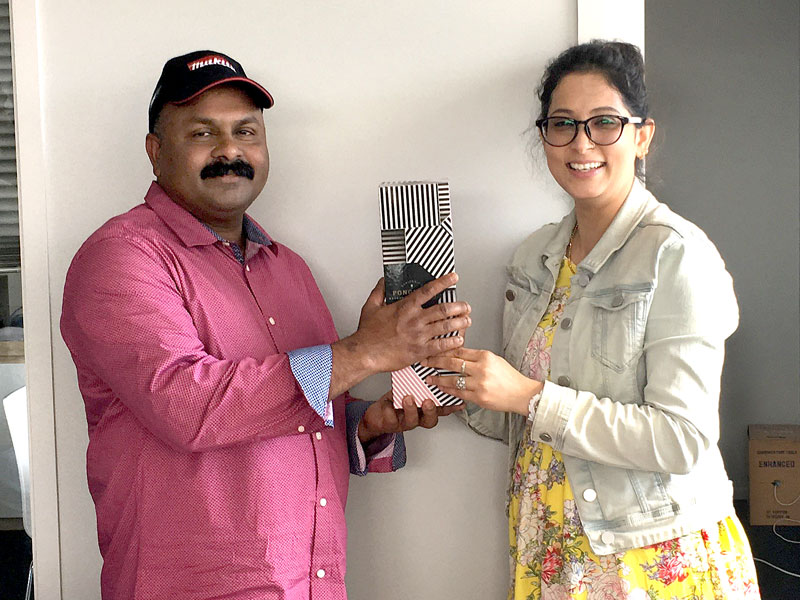 She says Jiji will be particularly missed for the mentoring role he carries out to help new franchisees. “He gives up his own time to do this and will go with franchisees to their sites and help them settle in. He will help them with the cleaning and it gives them a confidence boost.

“It’s a very big thing that he does without any payment whatsoever. He just loves helping people and he’s really passionate about what he does and wants to see everyone succeed.”

Shareen says Renish will also leave a gap in her Palmerston North team. “Nothing is ever too much trouble for Renish and he’s always willing do anything extra if I ask him. He’s a very conscientious worker.”

Coincidentally, Jiji and Renish have wives who are nurses and both women have secured job offers in Brisbane.

Jiji is already making plans for the big move and has his sights set on remaining in the cleaning industry. “It would my dream to start my own cleaning business in Brisbane,” he says.

He says he’s enjoyed owning a CrestClean franchise and the lifestyle that being a business owner has brought. “It’s a very good business and it’s given me plenty of time to look after my kids in the daytime. My wife works as a nurse doing morning shifts and then in the afternoons and evenings I’m able to work in my CrestClean franchise.” 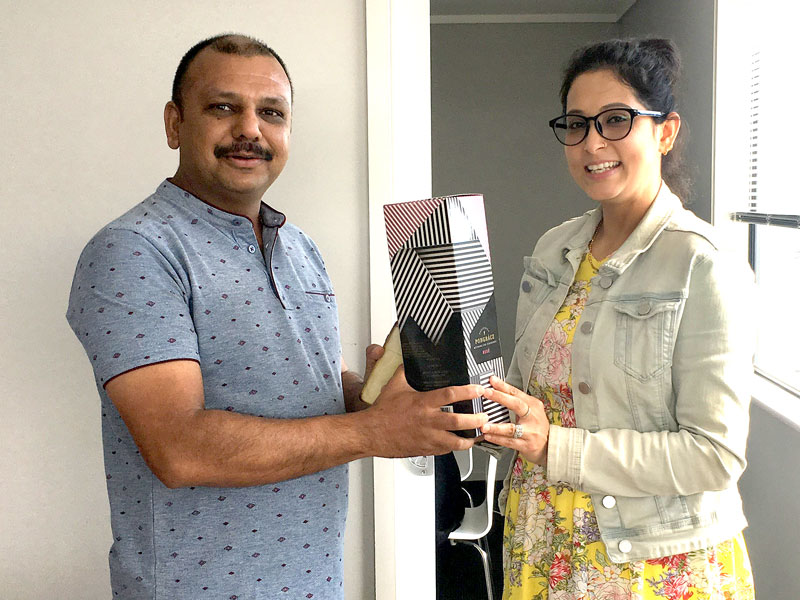 Renish Mathew receives a bottle of wine from Shareen.

Renish, who is a CrestClean floor care expert, also has his sights on staying in the industry. “I’m planning to buy a franchise in Australia. It’s just a shame that CrestClean isn’t in Australia,” he says. “CrestClean is a good company. I had some very good customers and I’ve enjoyed the work, at the same time I’ve also found it’s very good exercise for me too!

“I will certainly miss my CrestClean friends in Palmerston North. They are good people and we are a good team, it’s like being part of a family. Shareen is a great manager and is always there for help and advice if we need it.”