Quality is key for Esther in her new role 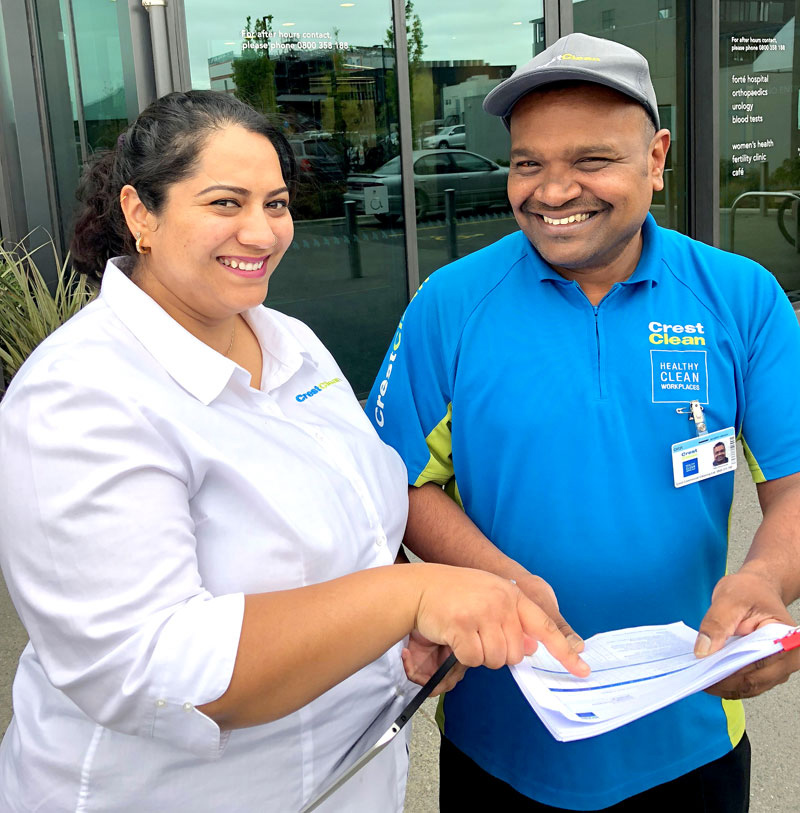 She might be a relative newcomer to the industry but Esther Venkataiya has achieved a lot in the three years she’s been with CrestClean.

Esther is the company’s new Quality Assurance Co-ordinator covering Christchurch and South Canterbury. It’s a role she loves. “I’ve always had an eye for the quality auditing side of the job. From an early stage I had an interest to do this fulltime,” she says.

CrestClean’s Quality Assurance Co-ordinators are responsible for ensuring quality cleaning and supporting the local franchisees and regional managers. They are also involved in regular auditing of business owners’ vehicles.

Esther had set her sights high when she bought a cleaning franchise. The idea of owning a cleaning business was to generate additional income. In the daytime she worked for a large insurance industry in a sales and underwriting support role.

To help run her franchise, she enlisted the help of her brother, mum and auntie. “I had 12 staff members at one point and we were looking after 21 sites,” says Esther, who before being appointed as a Quality Assurance Co-ordinator was running a six figure business.

Doing her best at everything she does is in her nature, Esther admits. “I’m quite a perfectionist. I like getting the job done right.”

And it was her attention to detail during her CrestClean training that soon impressed others as she passed each module with flying colours. Esther is the only person in the country who has scored 100 per cent in the Health and Safety section of the Module 2 assessment examination with Master Cleaners Training Institute.

“It’s really a remarkable achievement,” said Adam Hodge, CEO of Master Cleaners Training Institute. “She got 100 per cent and she is the only candidate who has done this. This records still stands today.

“Esther cares and she works hard and studies hard. It was a reward for hard work and commitment.”

Keen to pass on her knowledge, Esther became a CrestClean Induction Trainer for the Christchurch, delivering an initial training programme to new business owners.

In her role as a Quality Assurance Co-ordinator, Esther says she enjoys the interaction with customers and franchisees.

“I love being able to help a franchisee with small tips on how to work smarter and more efficiently.”

And getting good feedback from customers is pleasing, she says. “I like it when we are able to raise the standard of cleaning at customers’ sites, it’s very satisfying for everyone.”

“Having Esther on board is great as she has so much practical knowledge when it comes to cleaning.

“It’s reassuring to know that she’s there to touch base with customers and franchisees to give help and advice when it’s needed. She’s quickly become a very important asset to the Christchurch region.”