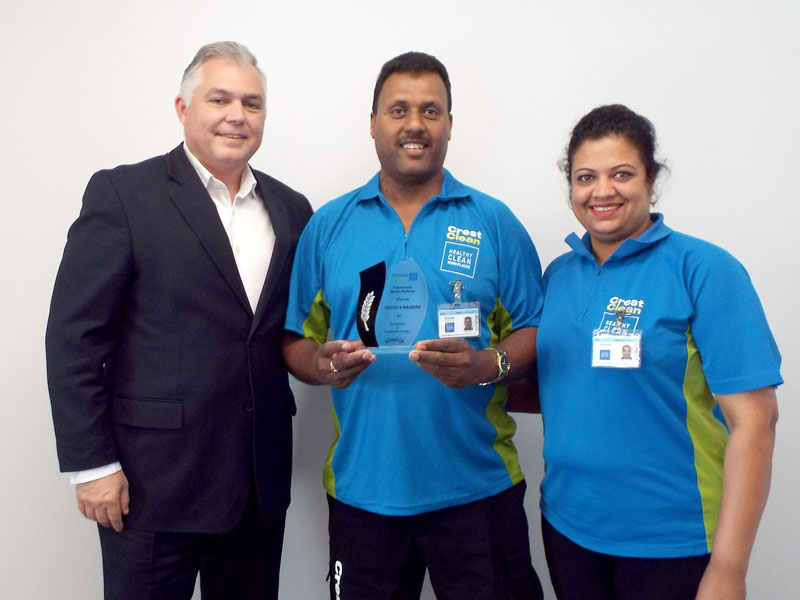 Mr Mitchell, the Member of Parliament for Rodney, was invited to attend a special afternoon tea to recognise the hard work and dedication of the local business owners.

Five teams were singled out for achieving excellent customer relations. Neil Kumar, CrestClean’s North Harbour Regional Manager, says it was a privilege having the National Party MP there to present the awards.

“I was very honoured that he accepted our invitation to attend. The teams were very happy to meet him and it really made their day to have their work recognised by their local MP.”

Neil says before making the presentations, Mr Mitchell told the CrestClean business owners that cleaners were seldom recognised for work they do.

“He spoke about being in Parliament and seeing the cleaners who work there arriving late in the evenings just after Parliament finished for the day.

“He said he’s always been impressed that these cleaners work so hard at night. He said they diligently go about their work after everyone has left. When MPs arrive at the Beehive the next morning the place is really clean.”

Neil says Mr Mitchell was delighted to see CrestClean acknowledging its hardworking personnel. “He said it was great that we are recognising our own cleaners for the good work they do. He said our cleaners do a great job and have very strong relationships with their customers.”

The awards, presented for the first time, are a personal “thank you” from Neil to franchisees who have particulary excelled in their work over the past year.

“These people have put in so much and I wanted to recognise their hard work and commitment to CrestClean. Business is not just about doing a great job, it’s developing strong relationships with the customer,” he says. 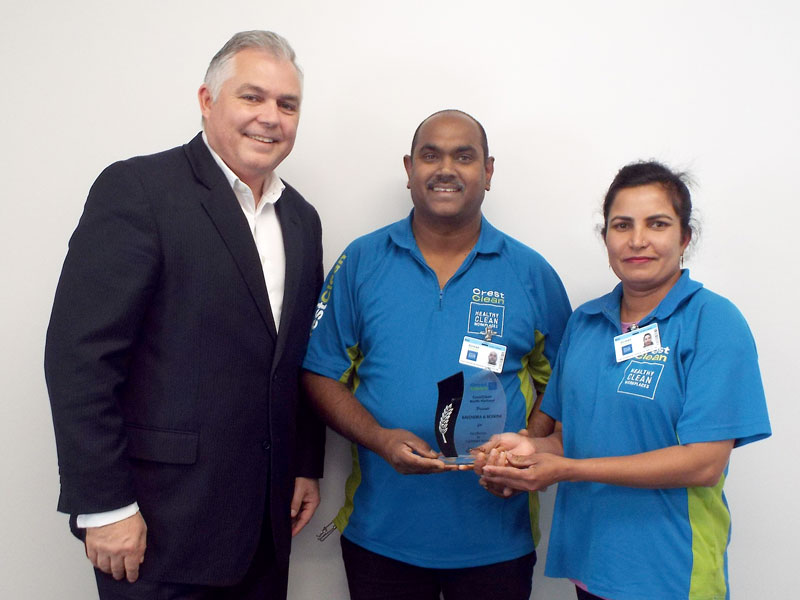