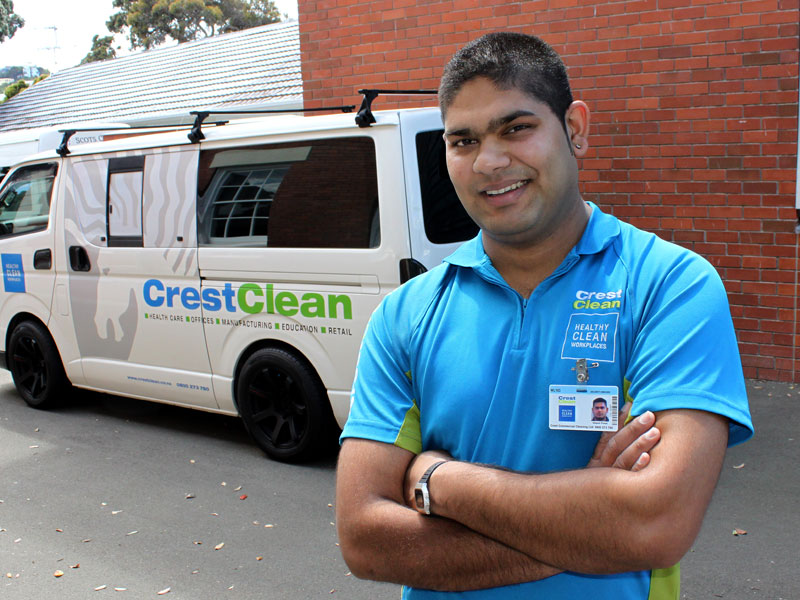 At 28, Deepesh Prasad is proud to have his own cleaning business.

It’s not just his cleaning that’s made him popular with staff and students at Wellington’s Scots College.

She says Deepesh has his work cut out ensuring bedrooms, living areas, bathrooms, kitchens, and office areas are kept clean. The residential block is home to more than 100 youngsters who, being boys, are not the tidiest,” adds Tania.

“It’s constantly messy, and we try as best we can to get the boys to clean up – but it’s not an easy job. Deepesh does his work with ease and always has a smile.

“He’s really good with the staff. You have to be that sort of cleaner who can relate to people. The boys also like him as well.” 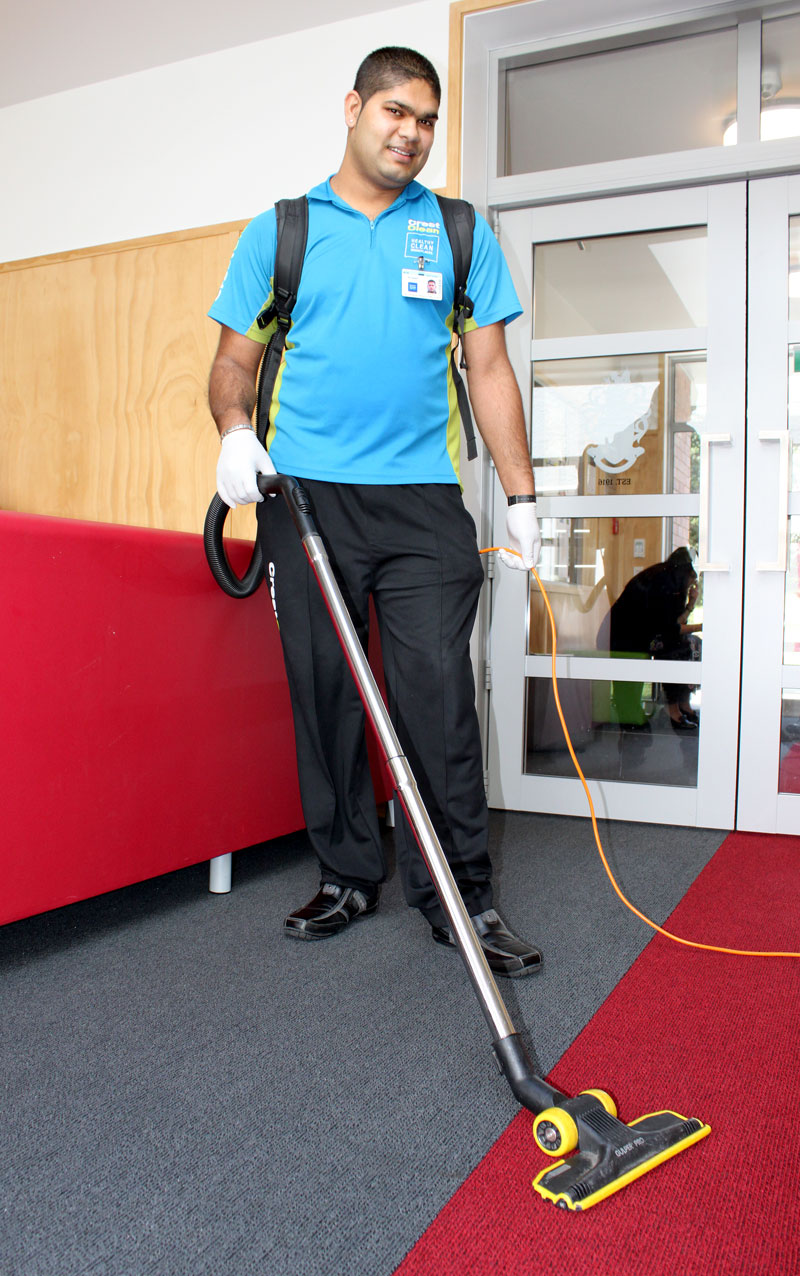 Tania says Deepesh has a good attention to detail and they’ve noticed a big improvement in the cleaning under his watch. “He’s fabulous and is very hard working and takes pride in what he does. He’s just wonderful.
“The showers are now spic and span. They’ve never looked better.”

She says Deepesh is constantly on the go. “I always say to him ‘do sit down with me to have a cup of tea or coffee’ but no, he’s such a hard worker he doesn’t!”

Deepesh, 28, says cleaning keeps him fit, it saves on a gym membership, and he loves the buzz of doing a great job for his customers. Attention to detail and ensuring nothing gets overlooked is something he takes pride in.

“After I’ve finished the cleaning I always do a final check before leaving a site and walk back through to make sure I haven’t missed anything. It’s time well spent,” he says.

Feedback from customers always makes his day, he says. “It’s great and really motivating knowing your work is appreciated.”

Zainab Ali, CrestClean’s Wellington and Hutt Valley Regional Manager, says Deepesh does a fantastic job for his customers. “When he took a holiday all his customers missed him. I had people calling me asking ‘when is Deepesh coming back’?

“It just shows the good personal relationships our business owners have with their customers.”

Deepesh has a great “can do” attitude and nothing is ever too hard for him, Zainab says. “He’s good at problem solving and will actively work with the customer to achieve the best outcome for every individual situation.” 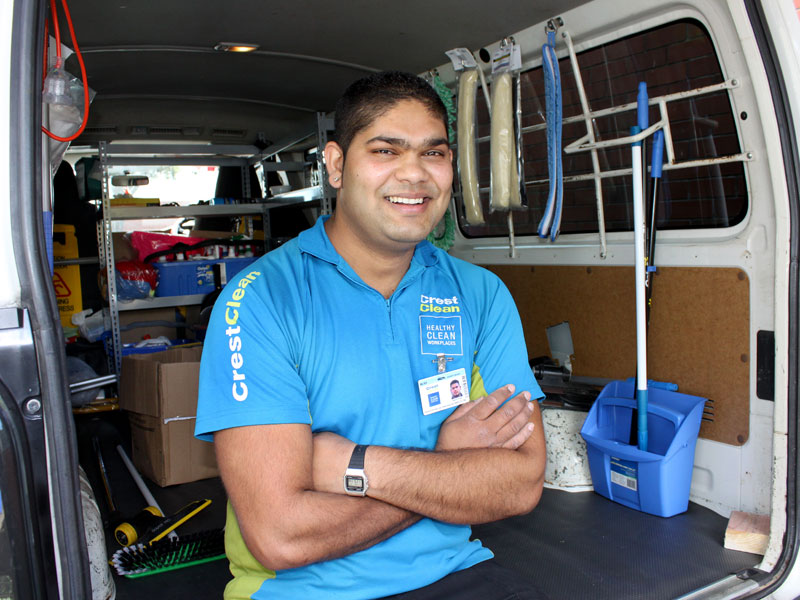 Deepesh loves being his own boss.