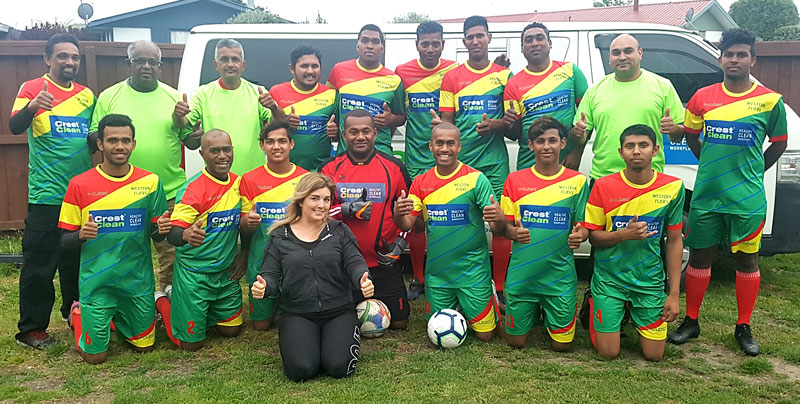 The Western Flyers look great in their Crest-sponsored strip. With the team is Gina Holland, CrestClean’s Christchurch South Regional Manager.

A CrestClean sponsored soccer team has not only won a prestigious tournament, its players picked up the award for being the best turned out team.

The Western Flyers reigned supreme at the inter district championships, staged by the Christchurch Fiji Football and Social Association.

The team’s manager, Kumaran Nair, says CrestClean’s support in supplying the team strip was the turning point in the run up to the annual tournament.

“Before CrestClean came on board we didn’t have our own shirts. We had to borrow shirts from other teams.

“Thanks to CrestClean and their sponsorship, we’ve not only won the competition, we were judged the best dressed team of the whole tournament. It was a great boost for the team and everyone involved.”

Gina Holland, CrestClean’s Christchurch South Regional Manager, says it was an easy decision for the company to provide a helping hand to the team. “More than half of our CrestClean business owners in my region are originally from Fiji and they are extremely hard working.

“We like to give back to the community and this provided a great opportunity to get involved and support a local team.”

Gina was impressed by the team’s commitment. “You can tell they put a lot of effort into their training and practice sessions. They are a fantastic group of individuals who work hard and play hard.

“Their new shirts looked great on the day and the players looked so proud and confident.

“There is a very large Fijian community in Christchurch, so to have our name associated with such a high-achieving team was a win-win for CrestClean as well.” 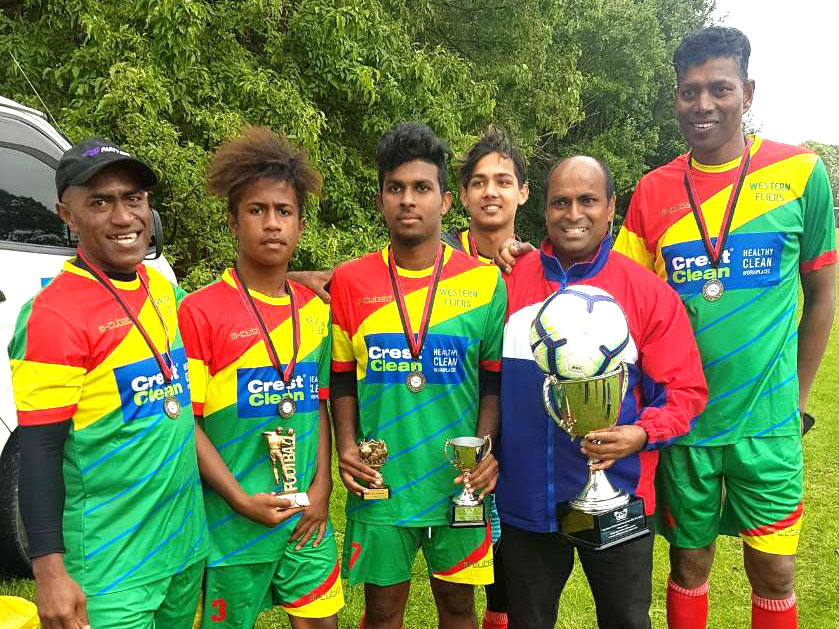 Western Flyers with their trophy after winning the tournament.