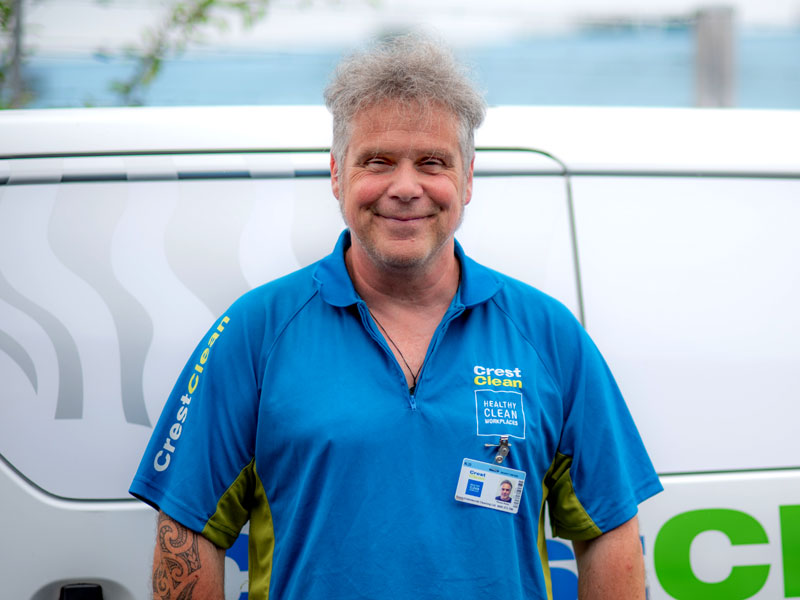 Living in Nelson has ticked all boxes for CrestClean business owner Thomas Wanke who says the city offers the perfect lifestyle and the locals are friendly and welcoming.

Thomas and his wife Christine are originally from Germany and have been living in New Zealand for the past seven years.

When the couple emigrated it ended their search for a country that had a more relaxed lifestyle where they could put down roots and make a new start for their family.

Initially they went to Christchurch to allow Christine, a pharmacist, to gain the necessary qualifications to work here.

But it was Nelson that had the drawcard for lifestyle, says Thomas. “It’s a great place, you can’t beat Nelson. You have everything here. You have wonderful weather and lovely outdoor surroundings, it’s simply stunning.”

In Germany the couple ran a pharmacy near Stuttgart in the south west of the country. Thomas says compared with New Zealand, people in his homeland are a lot less content with life and stress levels are higher. It was not unusual for customers to their pharmacy to be in a grumpy mood.

“People are under time pressure and they were often not polite or friendly to the staff. It was horrible for us.”

It was one of the factors that fuelled their decision to leave Germany, he says. “It’s not a relaxed atmosphere like it is in New Zealand.”

Before joining CrestClean Thomas worked for another cleaning company but he says there is no comparison and he is enjoying the freedom of working for himself. “There wasn’t any training. CrestClean is far more professional,” he added.

Having his own business gives Thomas plenty of time to purse his love of music.
He plays double base in Rocket 88 – a band that pays homage to the swinging sounds of the ‘50s.

CrestClean’s Nelson Regional Manager Barbara De Vries says Thomas is popular with his customers. She says Nelson has plenty of opportunities with CrestClean in the city.

Nelson is included in CrestClean’s Move to the Regions Programme. There are many benefits of living in the regions: Earnings are the same as the big cities but living costs are way less.

CrestClean offers up to $3,000 towards relocation costs for people who buy a franchise under the programme.