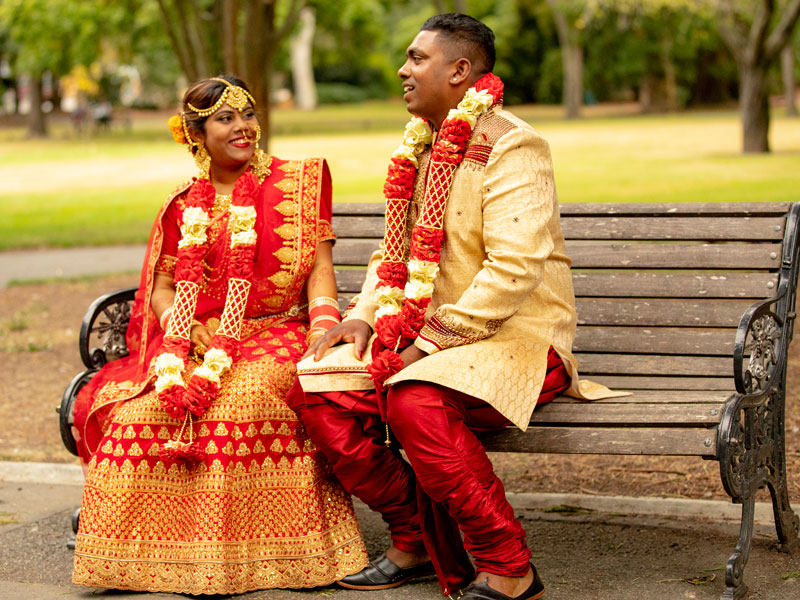 For Krish and Deedee Kuma it was their dream day but for their boss it was also a very significant occasion.

“It’s our first marriage within the South Canterbury CrestClean family,” says Regional Manager Rob Glenie. “I felt very privileged to be invited along to help them celebrate their big day.”

The couple’s wedding ceremony, held at their Ashburton home, was attended by nearly 80 friends and family members.

Wearing traditional Fijian Indian costume, the couple later posed for photos in a nearby park.

“It was a great day and very special for us and and everyone had a great time,” says Krish. “My mum came from Fiji and my sister was there from Australia.”

Krish and Deedee have been so busy working on their CrestClean franchise that a honeymoon is on the cards at a later date.

Since becoming business owners they’ve taken on more customers and have gained a reputation for the high quality of their work, says Rob.

“Krish and Deedee have been with CrestClean in Ashburton since the very beginning and it’s been a pleasure watching them operate their business as they are very good operators.

“They run a very good business, which is why it has doubled in size since they started. Krish is an asset not only to CrestClean but also to so many builders in town as he and his staff are experts in large construction cleans.

“Also the people of Ashburton can’t do without Krish and Deedee as they are one of the teams that go in and clean the local swimming pool and sports complex each night.”