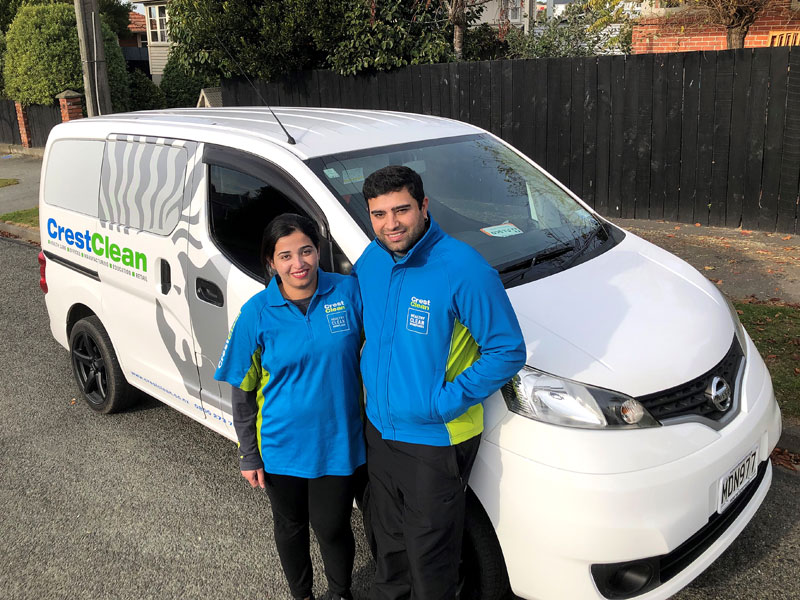 CrestClean business owners are vying to outshine each other in some friendly rivalry over who has the best looking vehicle.

Robert Glenie, the company’s South Canterbury Regional Manager, says his teams set the bar high in all aspects of their work and the eye-catching vans were attracting a lot of interest in Timaru.

“Something is starting to take over in the CrestClean fleet in South Canterbury as franchisees try to outdo each other with the nicest looking van.”

Rob says it all started when new franchise owners Tej and Samreen Dhillon purchased black rims for their Nissan NV200 in a bid to make their van look “top-notch”.

Not be outdone, the couple’s friends and fellow CrestClean franchisees Randeep and Kiran Singh decided to follow suit, also upgrading their vehicle’s wheels.

Randeep says he and his wife went for black and chrome rims to give their NV200 a standout look.

“We didn’t tell Tej and Samreen so it was a bit of a surprise for them when they saw the new wheels on our van,” he says.

Although he’s pleased with his vehicle, Randeep says a bigger van might be on the cards as their business grows.

The couples’ friendly rivalry has had a surprisingly positive effect in Timaru, says Robert. “I have had customers say to me that they keep seeing CrestClean vans around town and they always look so clean and tidy – but now they look even better.

“I recently had a phone call from a lady asking for a price on cleaning because she had seen a CrestClean van and it caught her eye as it was so shiny.

“I tell my teams, ‘always keep your vehicles clean and tidy as you never know who is looking’. But I don’t need to worry as the teams are watching each other and making sure their van is shinier than the others!” 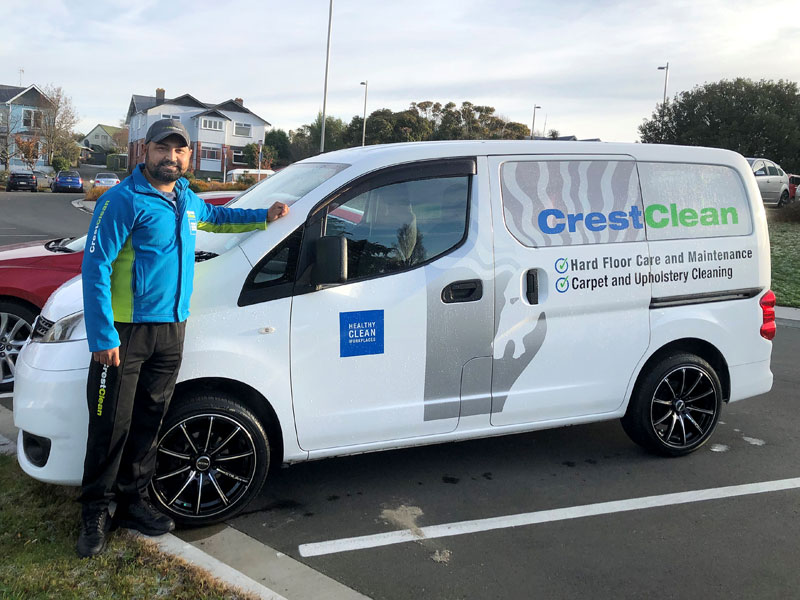 Randeep Singh loves the new look of the shiny wheels. 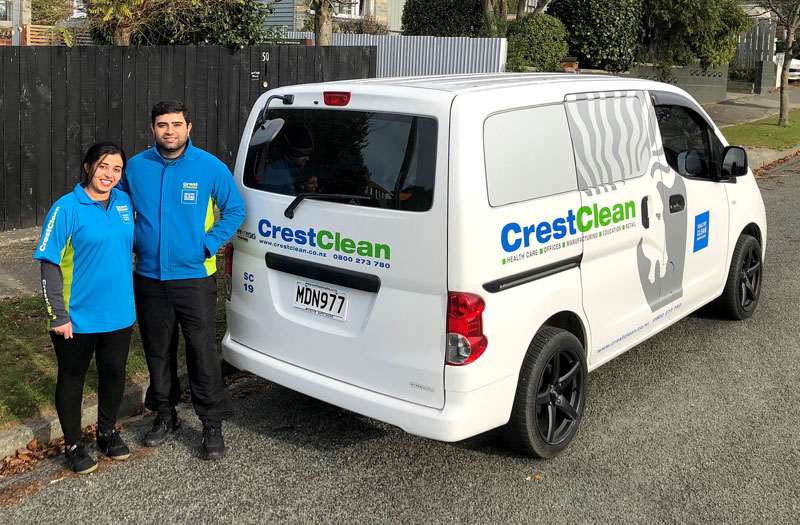 Tej and Samreen Dhillon customised the wheels on their Nissan NV200.