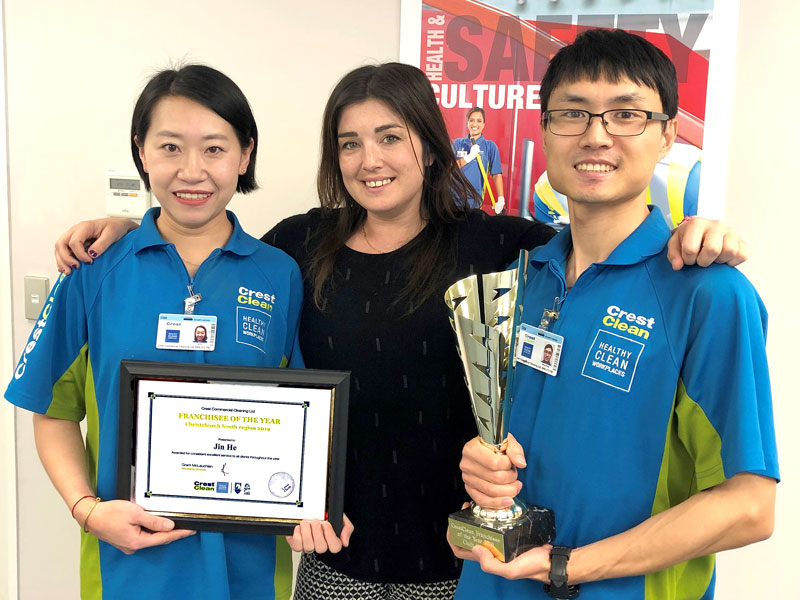 CrestClean newcomers Joanne He and Terry Zhang have landed a major award in their first year of joining the company.

The couple have won the title of Franchisee of the Year for Christchurch South. Their Regional Manager Gina Holland says Joanne and Terry have had an outstanding year.

“They keep in touch with their customers and are focused on delivering a quality service. They go out of their way to visit the customers in the daytime to check they are happy with their work.

“They are outstanding franchisees. Cleaning can sometimes be extra dirty work, but nothing is ever a problem for them.

“They have grown their business and just have a great attitude and work ethic. All my teams are excellent and it was very hard to choose a winner this year but Joanne and Terry have been exceptional.”

Terry, who is originally from the north east of China, came to New Zealand as a student. He and his wife decided to buy a CrestClean business to generate additional income.

In Christchurch he was a manager of a Chinese medicine store and buying a CrestClean franchise meant they could get onto the housing ladder. “The income from our CrestClean business has helped us buy a home,” he says.

Having a CrestClean business means Terry gets time to concentrate on his studies before he starts cleaning. He’s doing a degree in statistics at university. “I have time in the day to study before I begin my CrestClean work in the evening,” he says.

Christchurch North Regional Manager Yasa Panagoda says Sunny Yang was a standout winner for the award of Franchisee of the Year for his region.

“Sunny is one of my top stars. He’s had an outstanding year in terms of the quality of his work, his customer care and his all-round willingness to help.

“He’s also grown his business and has recommended four of his friends, who are going ahead to buy a CrestClean franchise.”

Sunny bought a CrestClean franchise in 2009 after graduating from business studies at Canterbury University with a double major.

As well as being a successful franchisee, Sunny enjoys passing on his skills in his other role as a CrestClean Regional Trainer.

“I’m really happy and proud of what I have achieved but I also want to thank my wife and my family for their support,” he says. 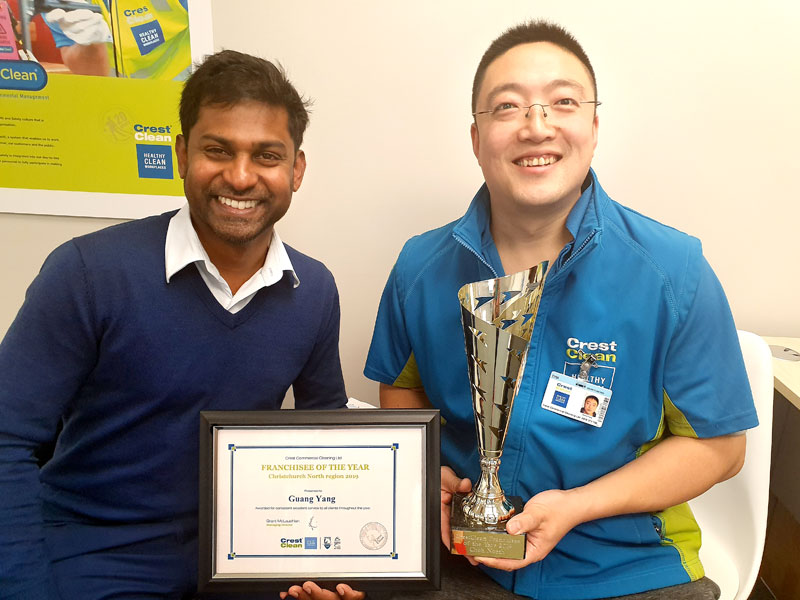 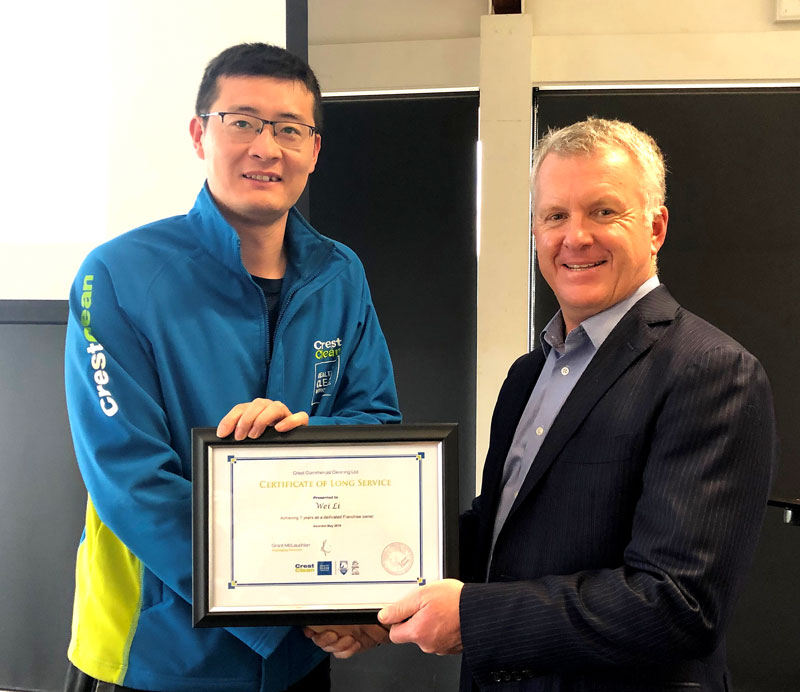 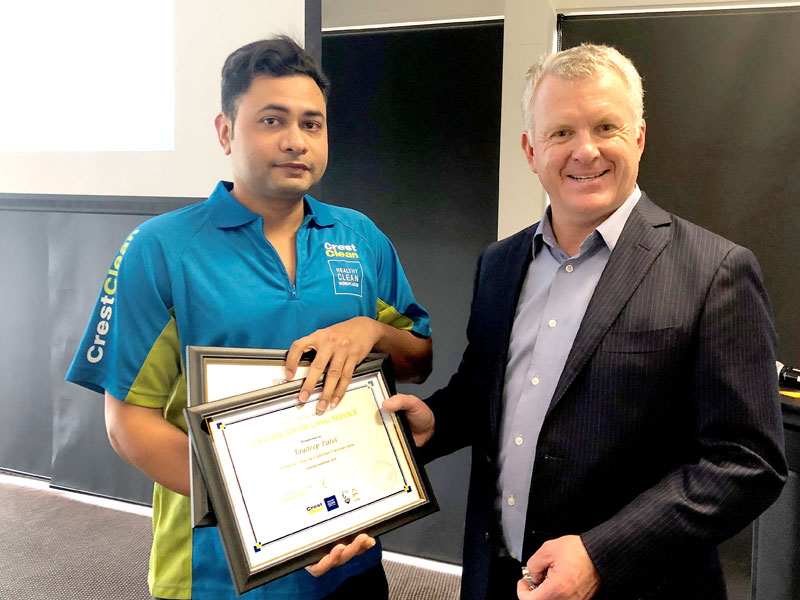 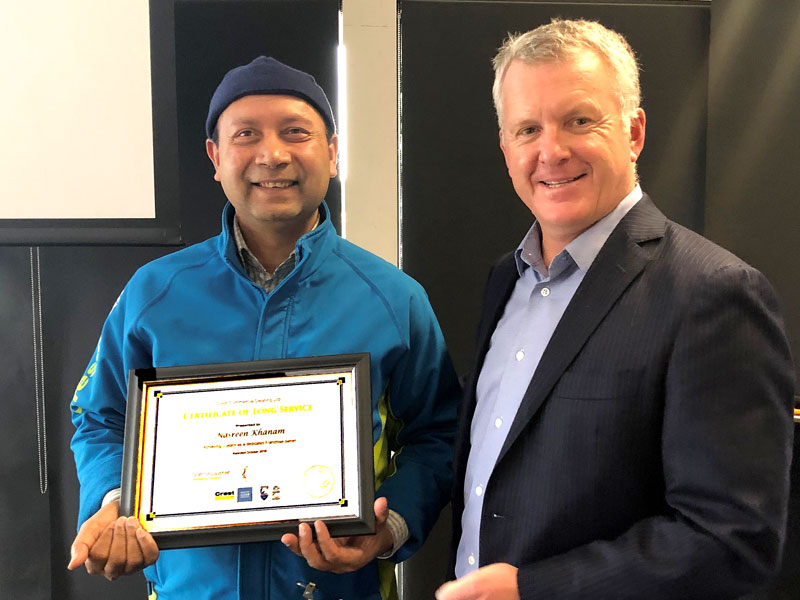 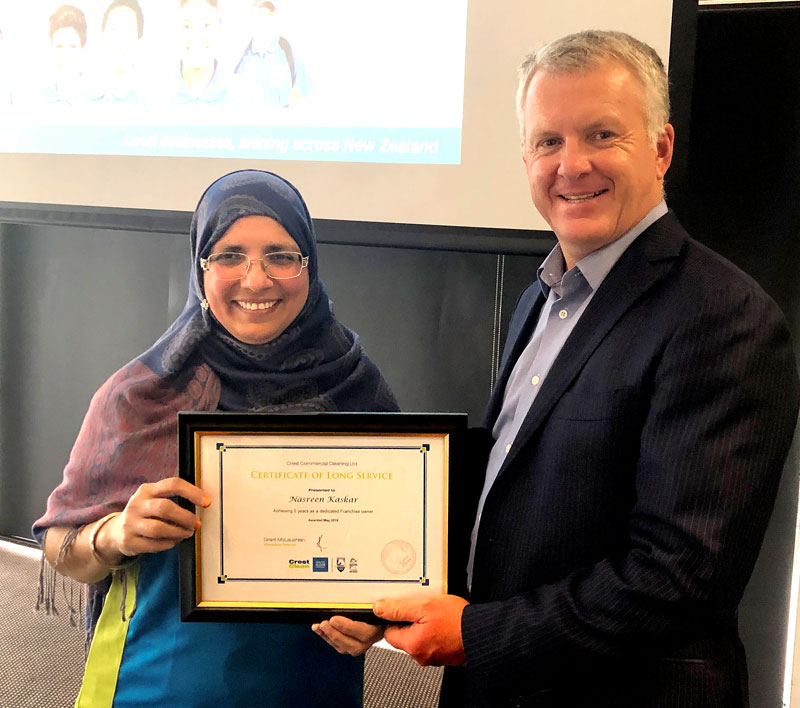 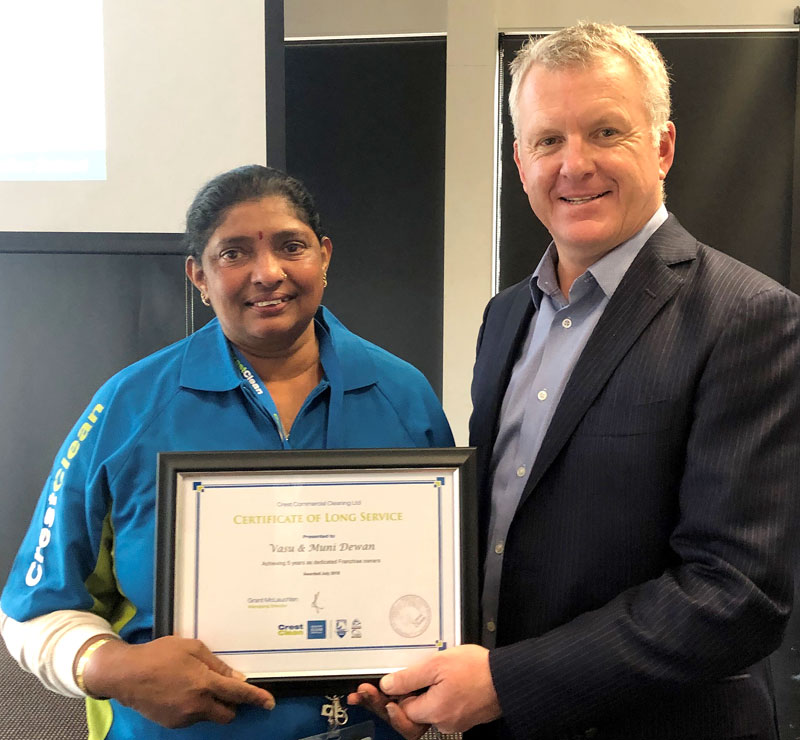 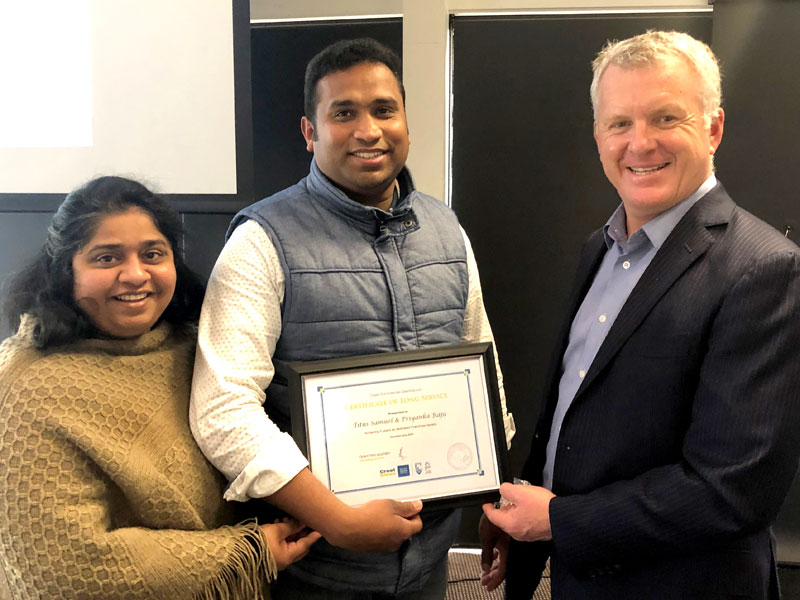 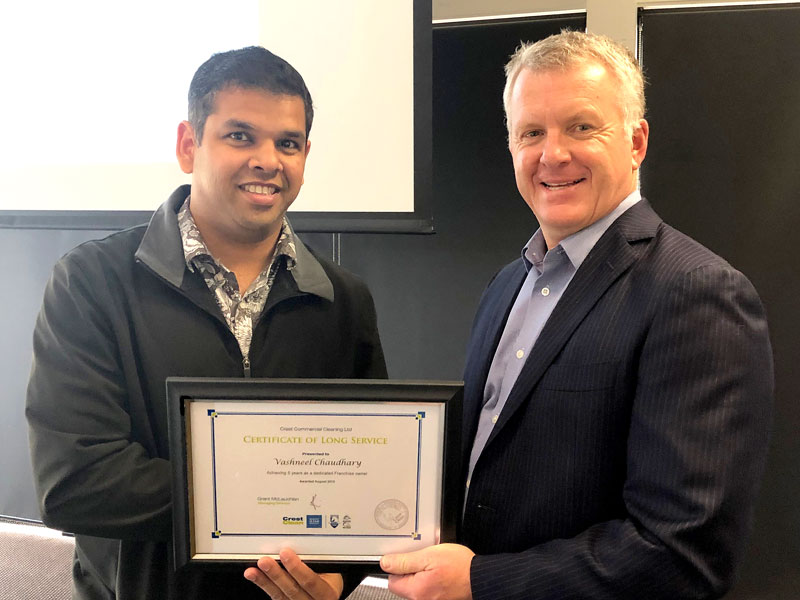