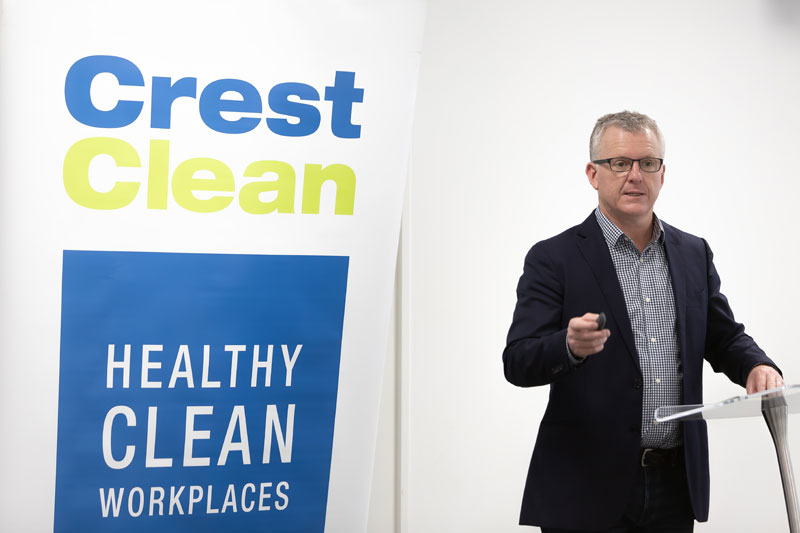 CrestClean team meetings held throughout the country have been a resounding success.

More people than ever attended the annual events and there was great vibe among the CrestClean business owners, says Sam Lewis, CrestClean’s General Manager Franchise Services.

“People are optimistic about the direction CrestClean is headed and they realise they are part of something special.”

The meetings give CrestClean’s senior managers a chance to hear directly from franchise owners and crucially it’s an opportunity to give feedback, says Sam. “I felt this year we had some really good questions from franchisees and we really value their input.” Hearing directly from personnel is invaluable, he says. “It gives us ideas about what we can do to improve the franchise system.

“And based on this feedback we’ve made changes that have positively reflected on the franchisees and their businesses. That’s why it’s invaluable to get coal face interaction from the major stakeholders within the business.”

This year a number of 10-year long service awards were presented during the meetings. “It’s really important for these people to be acknowledged in front of their peers and it gives them a feeling of seniority,” says Sam.

“A lot of time these guys are working alone at night so they don’t get the opportunity to be recognised in front of their colleagues.”

As well as more franchisees opting to go fulltime with CrestClean, the company is seeing a growing trend of professional people choosing commercial cleaning as a long-term career, says

Sam. “The calibre of people we are seeing joining the company is changing. We have engineers, accountants and a former bank manager among our personnel around the country.

“Our teams like the autonomy of running their own business and the financial security that comes with it.”