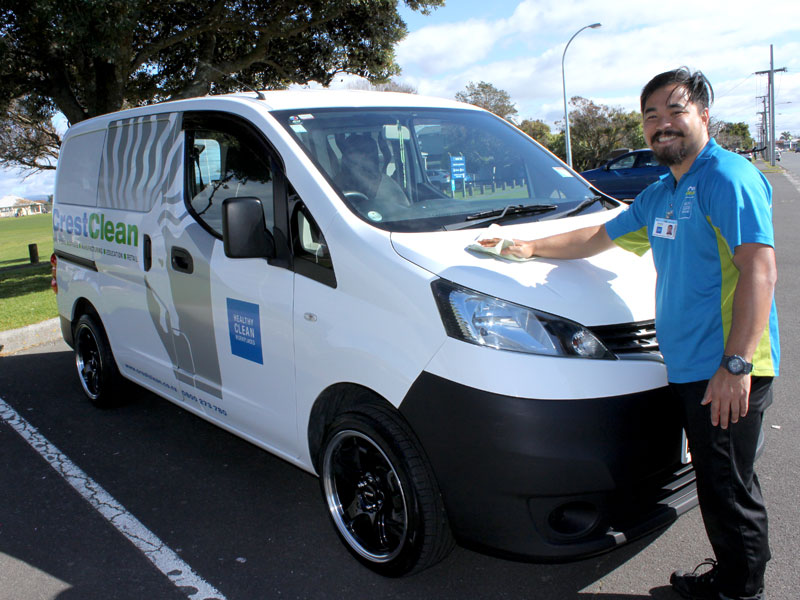 Ralph Sales loves the new look the wheels have brought to his Nissan NV200 van.

When it came to jazzing up the wheels on his CrestClean NV200 van, Ralph Sales took a trip down memory lane for inspiration.

He wanted to emulate the look of an AE86 series Toyota Corolla, a car that appeared in a popular Japanese TV series from the ‘90s called Initial D. It features a young man who zooms around delivering tofu from his father’s shop using his family’s ageing Corolla.

Ralph, who is originally from the Philippines, fondly recalls enjoying the animated series. “I’ve been inspired by shows I watched when I was younger,” he says.

“The wheels and tyres came from the idea of that specific car that was shown on that series.”

Ralph operates his CrestClean business in Tauranga and his van turns heads wherever he goes. He takes pride in keeping it sparkling clean. “The first thing people notice is the new wheels and I’ve had a lot of compliments about the van how good it looks,” he says.

The former nurse says projecting the right image is paramount and first impressions really count. “Keeping your van clean represents who you are as a cleaner, a franchise owner and a businessman.

“The van is like a moving billboard and it’s important how you present yourself to customers and potential customers.”

But Ralph’s attention to detail also extends to the way he organises the interior of his Nissan van, all his gear being well-organised and neatly stowed in boxes.

“When I started with CrestClean I was like a lot of other guys and just threw everything into the van. Then I realised having my gear organised would save me a lot of time.”

As well as segregating his cleaning equipment for ease of access, Ralph prepares for his working day the night before. “I prepare my cleaning cloths for each customer every night for each site,” he says. “It’s a system that works really well and it probably saves me about 30 minutes each day.”

“Any investment that brings a time saving is something that we always encourage. Having a well-organised van with everything in its place is also a lot safer. You don’t have buckets and chemicals rolling around in your vehicle. It increases the longevity of equipment as well.

“If you throw a vacuum cleaner in the back of your van and it’s clanging around, then sooner or later it’s going to get damaged.”

He says more CrestClean business owners now are switching to the NV200. “It’s a great vehicle for the job. It’s spacious and is particularly fuel efficient.” 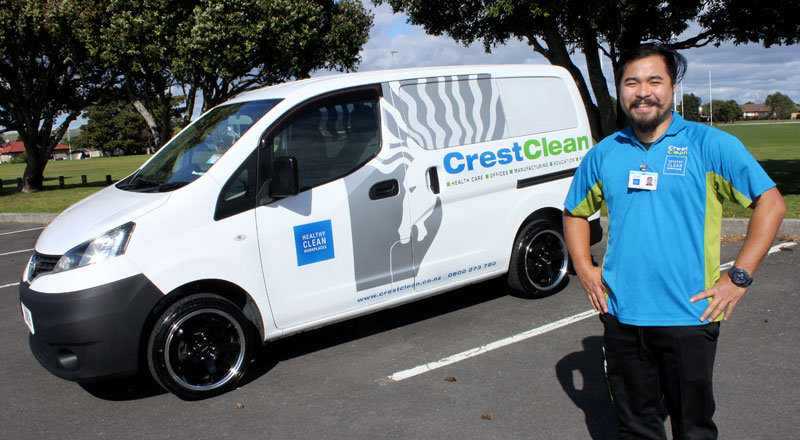 Ralph Sales loves the new look the wheels have brought to his Nissan NV200 van. 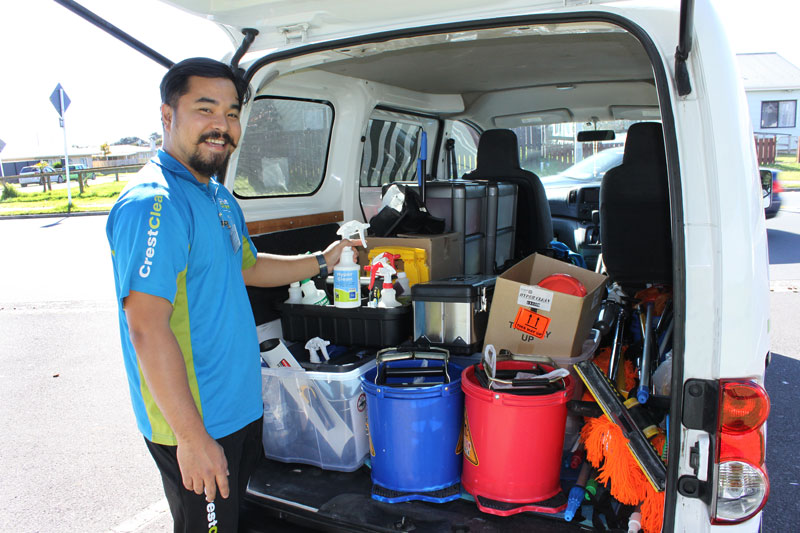 Everything has its place.