Fitness and cleaning go hand in hand for busy franchisee 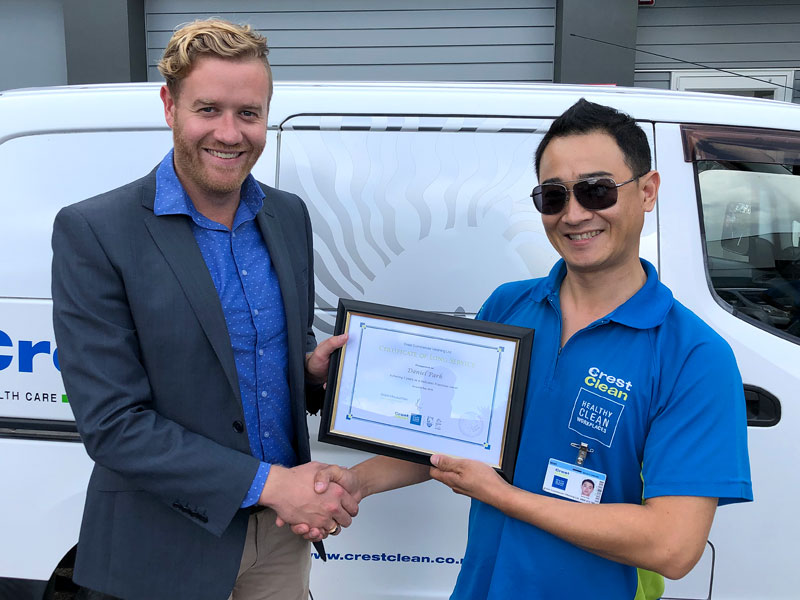 As if cleaning wasn’t physical enough in itself, Daniel Park’s working day begins with a strenuous gym session.

It’s a routine the CrestClean business owner enjoys and he says it keeps him on his toes and helps cope with the demands of running a busy franchise. “I like to take care of my health. In the mornings before work I go to the gym. Sometimes I do weights, and sometimes I do running.”

“He’s one of those guys who has never taken a sick day. He keeps himself really healthy.”

He says Daniel has gained a reputation for the high quality of his work. “He’s very experienced at what he does and he’s also a carpet cleaner as well.

“Daniel looks after two schools and I get really great feedback from his customers.

“He really goes the extra mile to look after them and at the end of term he’ll take in a massive pack of sushi for the staff at Whangaparaoa College and Stanmore Bay School.”

Daniel came to New Zealand 10 years ago and settled in Kerikeri in the Bay of Islands. He initially owned a Japanese restaurant but later decided to move to Auckland and start a cleaning business.

After checking out which company to go for, CrestClean was the standout choice, he says. “It had everything I was looking for. It’s perfect and I liked the really high quality of the service and the fact it was very good on health and safety.”

He says running his own business is incredibly rewarding. “I like to do my best and keep my customers happy. When they’re happy I’m also happy.”