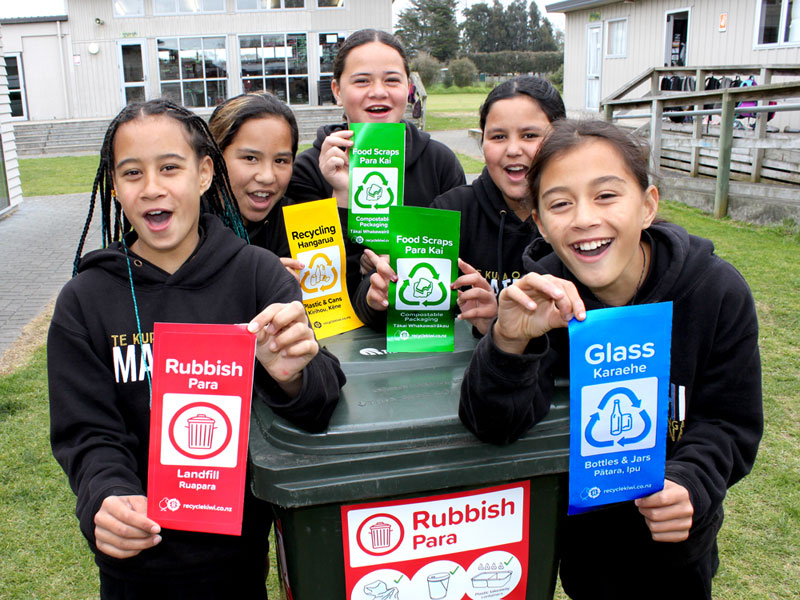 The words feature on a set of colourful bilingual stickers that are a key component of RecycleKiwi – a brand new initiative aimed at schools that offers guidance and advice on waste management and recycling. The stickers can transform any suitable containers into waste separation bins.

Tauranga’s Matapihi School was one of the first schools in the Bay of Plenty to receive a RecycleKiwi resource pack. The educational programme has been developed by CrestClean and the company has delivered free resource packs to more than 500 schools nationwide in time for Maori Language Week.

Matapihi, a full immersion te reo Maori school, is already using RecycleKiwi to help kids identify what is waste and what can be recycled.

Tui Rolleston, the school’s tumuaki (leader), says the bilingual stickers have been well received. “We think RecycleKiwi is awesome. It’s great to have a resource that is in te reo as well.

“Often we’ll have a resource that is just in English so to have something like this in both languages is great.” 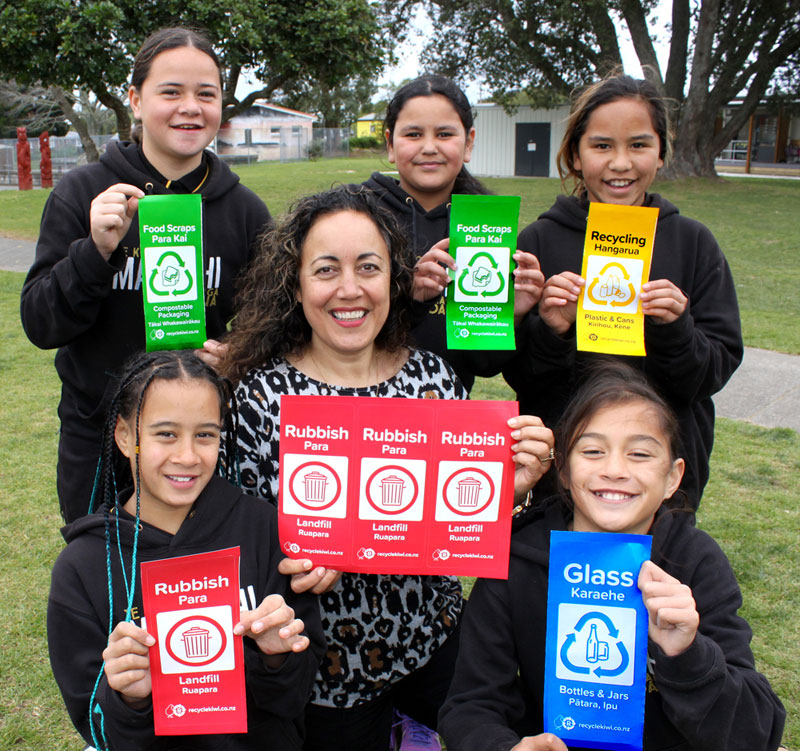 Tui says she likes the simplicity of the RecycleKiwi stickers, which have all key words written in te reo Maori.  “Just having something simple like the stickers on the bins is so easy for everyone. I like the pictures on the stickers as the kids can see what goes into each bin.

“The visual representation works really well for them. Previously we’ve just written on the bin what it should be for but eventually the writing would rub off.”

Three years ago Matapihi School was one of the first schools in the country to receive CrestClean’s new posters in te reo Maori that promote good hygiene habits.

The colourful free posters, which also contain environmental messages, have proved extremely popular and due to high demand have been reprinted several times. 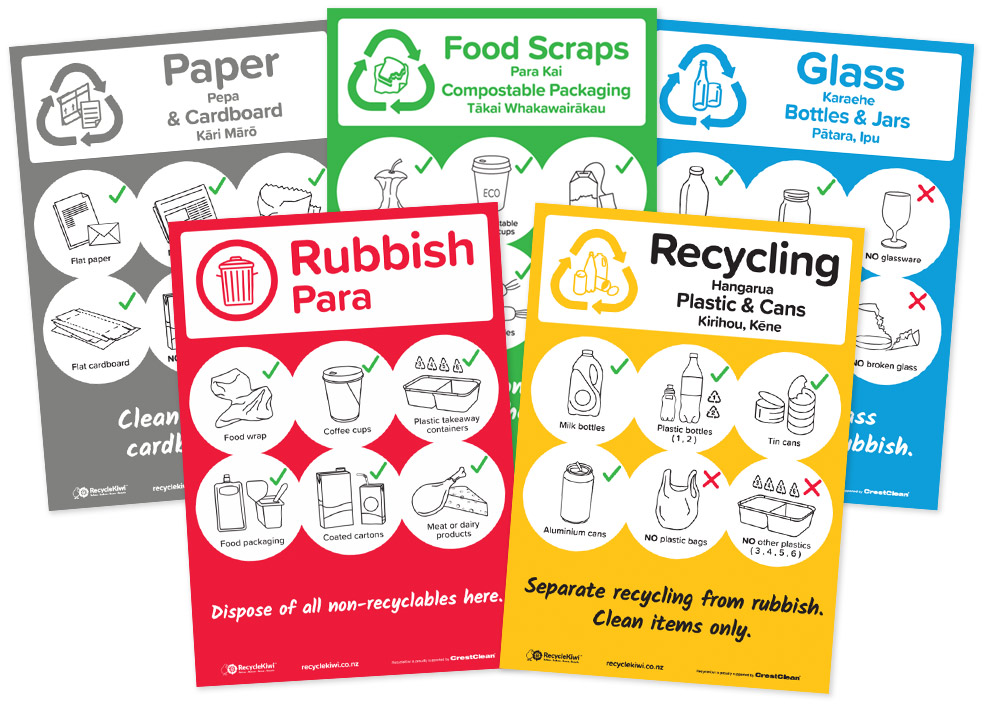 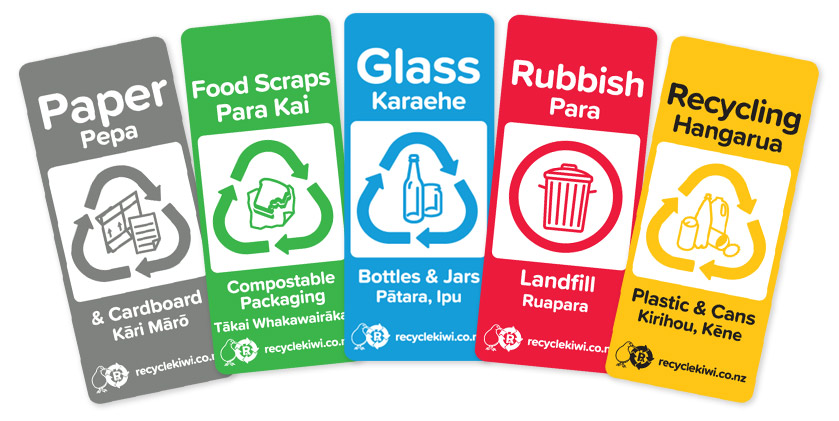