Steve Kannewischer with his wife Lynne and stepson Sam Larkins with their Nissan Leaf.

Former butcher Steve Kannewischer is proud to have staked a claim on being the first CrestClean franchisee to own an electric vehicle.

Steve loves the fact that his Nissan Leaf is not only pollution free and good for the planet, it’s very cheap to run and is extremely reliable. “It’s a great little car and it saves us heaps of money,” he says.

Since Steve bought his Leaf, other CrestClean business owners have also purchased electric vehicles (EVs). The most popular choice has been the electric version of the popular Nissan NV200 van. Other franchisees have opted for a Toyota Prius – a full hybrid electric car.

Steve and his wife Lynne joined CrestClean seven years ago. It’s a family franchise as Lynne’s son Sam Larkins is part of the team.

Buying a cleaning franchise has given Steve and his family job security and the satisfaction of running their own business and choosing when they work.

Steve started his working life as a trainee butcher when he was just 16. He went on to buy his own shop and stayed in the industry for 27 years.

But he decided it was time for a change after his business faced strong competition from supermarkets. He did a number of different jobs before he and Lynne purchased a CrestClean franchise.

Steve says he’s always kept front of mind that in business it’s the customer who is king. From his many years in retail, he knew having a good rapport with customers was important. “I guess I’ve always had the gift of the gab,” he says.

“Customer relations is a big thing these days. I like to spend a couple of minutes with my customers when I see them to say hello and make sure everything is fine and if there’s anything extra they want done.”

Tony Kramers, CrestClean’s Dunedin Regional Manager, says Steve and his team are “well respected and loved by their customers and their Dunedin Crest Clean family”.

“They are hardworking and they do a really great job for their customers. It’s an absolute pleasure having them here.” 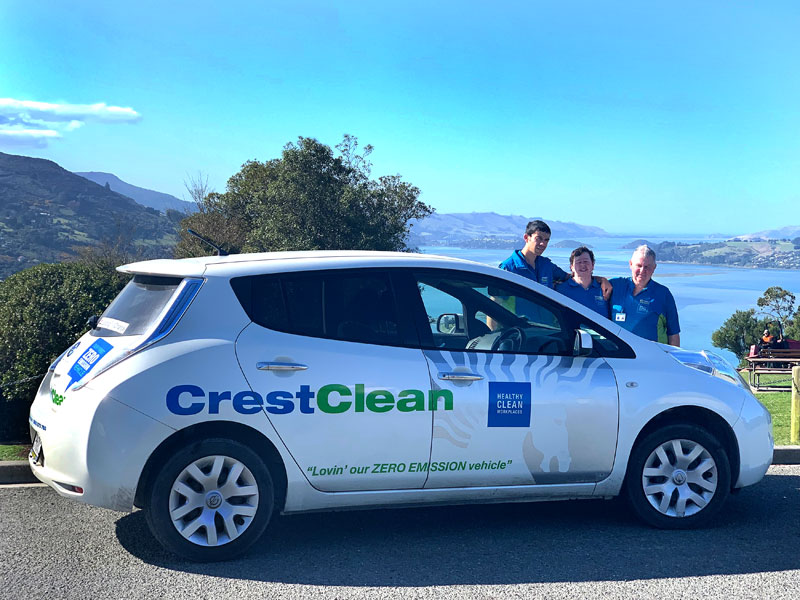 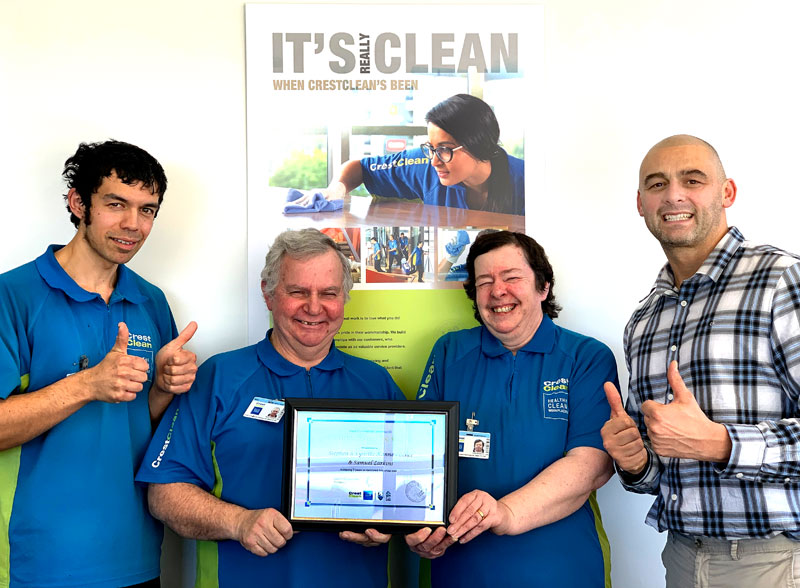