Warm welcome for RecycleKiwi in Invercargill 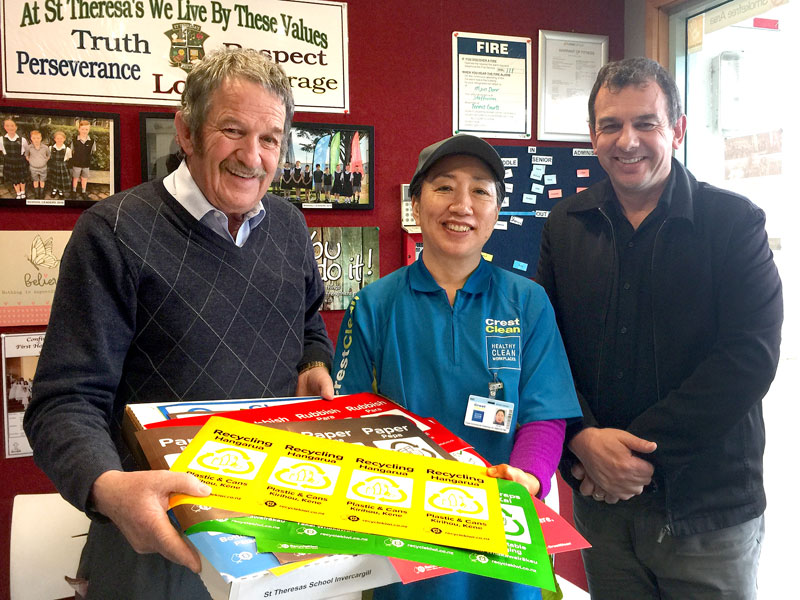 RecycleKiwi has landed in Invercargill with the first resource pack being presented to Invercargill’s St Theresa’s school.

Principal Julian Ineson was delighted to receive the colourful box from CrestClean’s Invercargill Regional Manager Glenn Cockroft, and franchisee Kim Jin, who has just taken over the cleaning of the school in the past few weeks.

Julian said he could see a number of ways they could utilise RecycleKiwi within the school and looked forward to integrating the resources with the existing recycling programme.

“We’ve had a lot of discussions here around what we will be doing about recycling. We have some basics already in place with a couple of skips – one for rubbish and one for recycling.

“So having those labels and posters from RecycleKiwi to emphasise that will be very helpful.”
Glenn says he expected a big rush from local schools to get on board with RecycleKiwi.

“The programme gives schools a structured way to design their own recycling system with plenty of resources to help kids learn along the way too.”