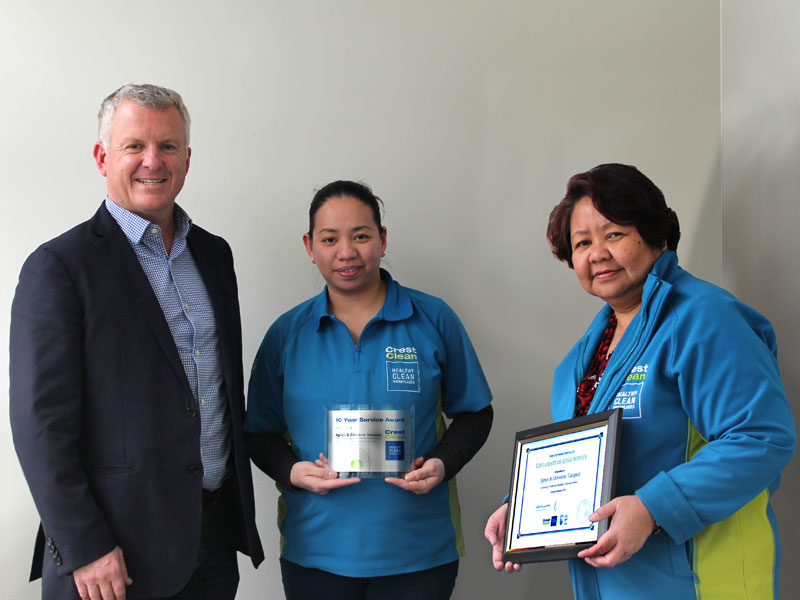 When she bought a CrestClean business 10 years ago Agnes Vasquez had her children’s future job prospects firmly in mind.

Agnes, who at the time was working as an accountant at a large independent secondary school in Auckland, figured that by involving her teenage children in the new venture it would give them an early experience of the workplace.

She was right. The six youngsters have all benefited by working in the family cleaning business, says Agnes, who is originally from the Philippines.

“I wanted to help my children by starting something in New Zealand. All my children have been fully trained with CrestClean and have helped out at different times.

“It’s very much the whole family involved in the business. It’s helped my children and it’s given them a start. It’s given them their first job.”

Although her six children have gone on to pursue their own careers, it is daughter Christine who has taken a leading role in the family franchise, says Agnes. “Christine looks after the day-to-day work. She’s a very good proprietor of the business.”

Before moving to New Zealand, Agnes had a successful career as an accountant for 20 years. As well as having a senior role in business, she also had an academic career, lecturing as an accounting professor for five years in the Philippines.

But she had no qualms about the hands-on work of having a CrestClean franchise. “In the Philippines people might look down at you if you work in the cleaning industry but here it’s not like that. With CrestClean you are a business owner.”

She says the experience her children have gained from cleaning is invaluable. “You have to be proud of what you are doing. You have additional income and it has really helped all my children.”

“They are an amazing family and are really hardworking. They are super-organised and run a very successful business. I get great feedback from their customers.”