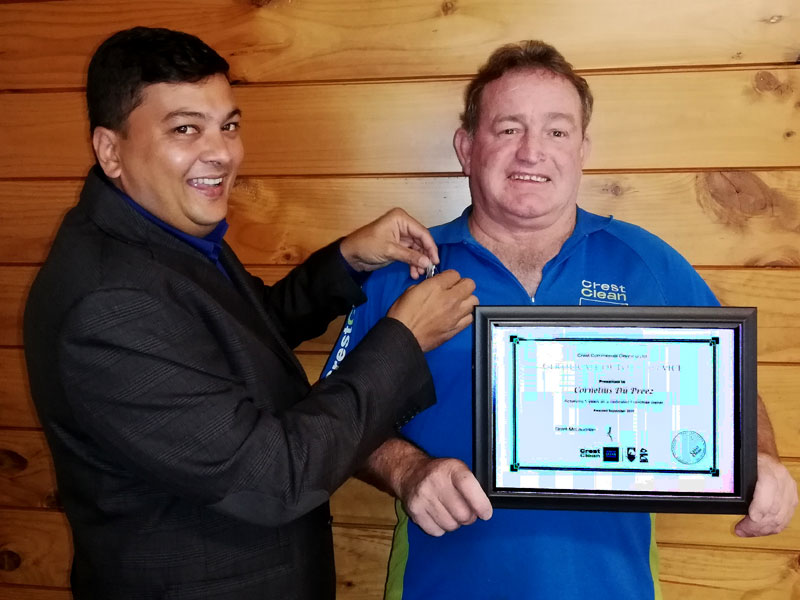 Cornelius Du Preez says compared with farming in his native South Africa, CrestClean has been a breath of fresh air.

“Being a farmer was a lot of hard work. This has been a real change for me and I’m enjoying it.”

After moving to New Zealand, Cornelius initially found work at Snow Planet in Auckland, the country’s first indoor snow facility. But after a year looking after the centre’s maintenance, he began searching for a business of his own.

Buying a CrestClean franchise has given him choices in how he manages his working day, he says.

“I like to start early around 5.30am and then I can take a break in the middle of the day before carrying on.”

Getting good feedback from his customers brings a strong sense of a job well done, he says.

“It makes you feel good when you get feedback from the customers that you are doing a worthwhile job for them. I always try to do my very best for my customers.”

Nivitesh Kumar, CrestClean’s Waikato Regional Manager, says Cornelius is well regarded by his customers. “Being with CrestClean for five years is a milestone for Cornelius and I’m delighted for him.”