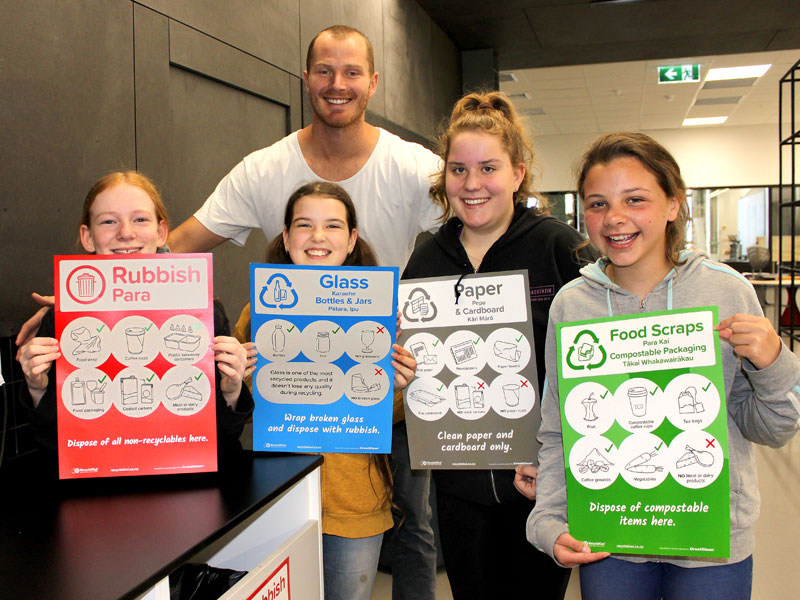 Students who have been promoting RecycleKiwi at their school had a big surprise when Commonwealth Games athlete Sam O’Dea popped in.

Sam decided to see for himself how youngsters at Ao Tawhiti Unlimited Discovery in central Christchurch have fully embraced the recycling programme, which is proving popular with schools throughout the country.

The four classmates quickly recognised Sam, who with his brother Ben O’Dea appear in the informative RecycleKiwi video.

“The kids are really up to speed with recycling and they were so positive and enthusiastic about RecycleKiwi,” says Sam. “They could even recall the Maori words on the posters, which was really cool.”

Learning advisor Sarah Marshall says the RecycleKiwi pack’s arrival at the school had been timely. “In the school we saw that all the rubbish was getting put into landfill, so we thought we can do better as a school. 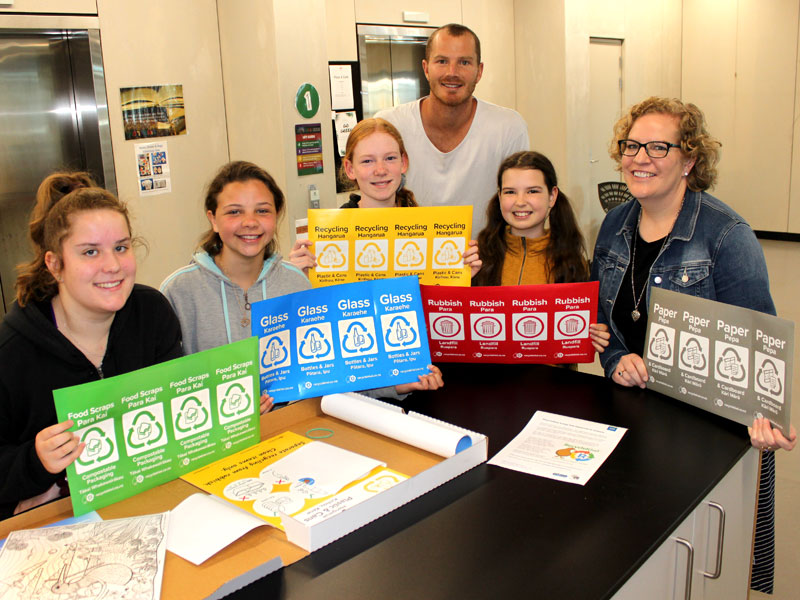 “The kids thought it was really cool when they saw the RecycleKiwi box.”

After delving into the resource pack, an action plan was developed by the students to highlight recycling and spread the message around the school.

“It’s raised their awareness but also allowed them to encourage other people in our school to become involved,” says Sarah.

Each floor of the school building has bins in place for the different rubbish streams.

“The students have embraced RecycleKiwi and every floor has this system set up,” says Sarah.