Farewells all round after nearly 15 years as a business owner 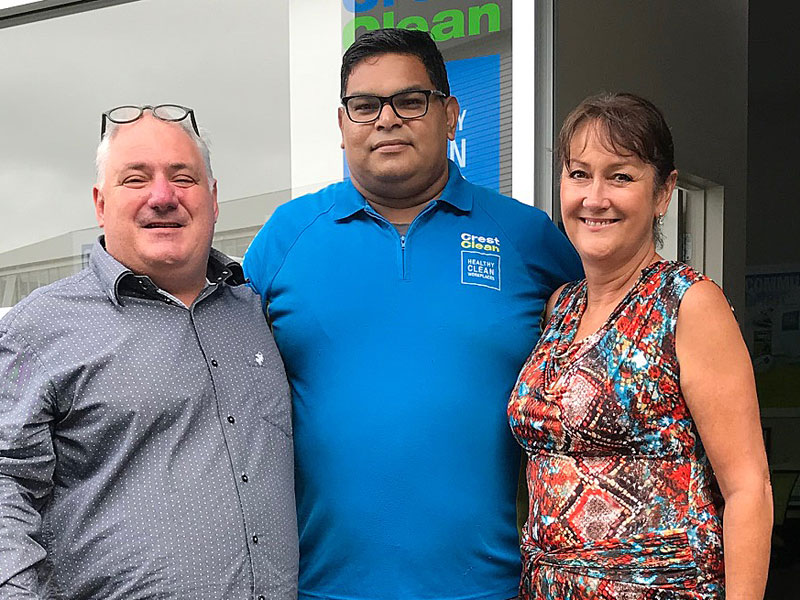 It was heartfelt “thank you” as one of CrestClean’s longest-serving business owners swung by the Auckland office to say goodbye to his regional managers.

After nearly 15 years in the cleaning industry, Rohit Sharma is calling it a day to concentrate his efforts on the trucking company he’s built up.

It was in 2005 that Rohit joined the company’s Auckland Central teams working with regional manager Dries Mangnus. In more recent years he scaled back his business, transferring to CrestClean’s Auckland East region.

A strong commitment to the job and his dedication to looking after customers are qualities that impressed Linda Hill, CrestClean’s Auckland East Regional Manager.

“He has been an exceptional cleaner and a very professional business owner. He’s very good with his customers,” she says.

“So much so, that when one of his customers opened up a second site they insisted on having Rohit to look after the cleaning.

“He’s done exceptionally well and it’s sad to see him move on but I understand that he’s opening a new and exciting chapter in his life.”

Rohit says he’s in no doubt that buying a franchise had been a good move. “Joining CrestClean was one of the best decisions I ever made.”

It’s not only helped him put two trucks on the road, it’s enabled him to become a homeowner. “It’s given me financial independence and helped me buy my own home,” he says.

Cleaning has also brought some health benefits, added Rohit. “It’s been a good stress relief. You don’t have to be a genius to do it.

“As long as you do all the basics right you’ll build a good trust and a strong reputation with your customers.”