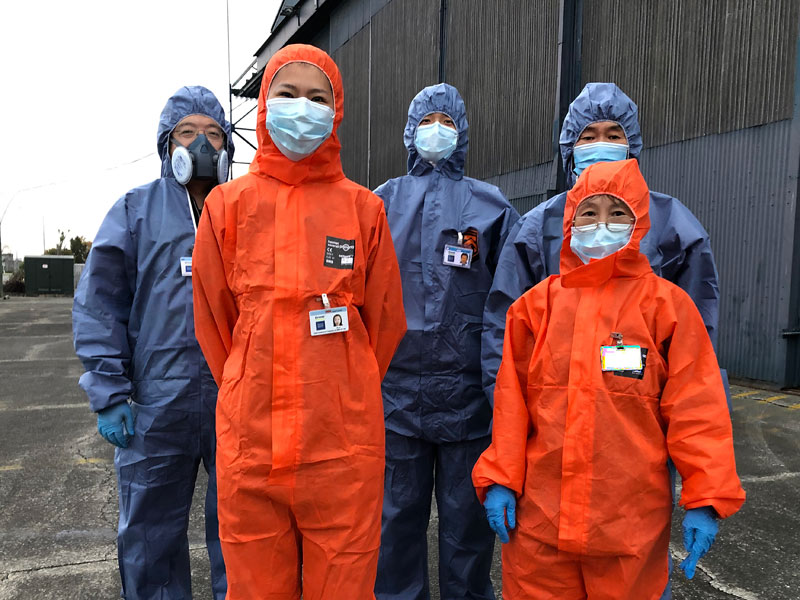 Full personal protective equipment was worn for the duration of the sanitising clean.

CrestClean personnel were feeling the heat during a hard day’s work at the Christchurch base of the United States Antarctic Program.

The team of six who assembled to do a total sanitising clean of the organisation’s buildings at the city’s airport were kitted out in full personal protective equipment (PPE).

Yasa Panagoda, CrestClean’s Christchurch North Regional Manager, was delighted that everything had gone to plan. “They had to wear protective overalls for the duration of the work, which was a bit challenging as it was quite a warm day,” he says.

“But I was really impressed how efficiently they worked to complete the task. This was one of the biggest sanitising jobs we’ve ever undertaken in Christchurch.”

Every surface of each of the eight buildings was first cleaned and wiped with HyperClean, a highly-effective cleaner that is very effective at killing bacteria, viruses and pathogens, including coronavirus.

“We then sprayed an anti-viral sanitiser to give those surfaces 90 days protection against viruses,” says Yasa.

The day began when the team was briefed by Yasa and Craig Streeter, CrestClean’s Christchurch Operations & Quality Assurance Coordinator.

“We had a ‘toolbox’ meeting covering health and safety and the correct use of PPE,” says Yasa. “The cleaning itself was quite detailed as there were multiple areas and many different surfaces involved.

“The cleaning took a whole day to complete. After we finished there was an inspection carried out with Craig and the customer, checking and signing off all the different areas.

“We issued the customer with a Certificate of Completion. They’ve since told me they were really impressed how efficiently the team had worked to carry out the task.” 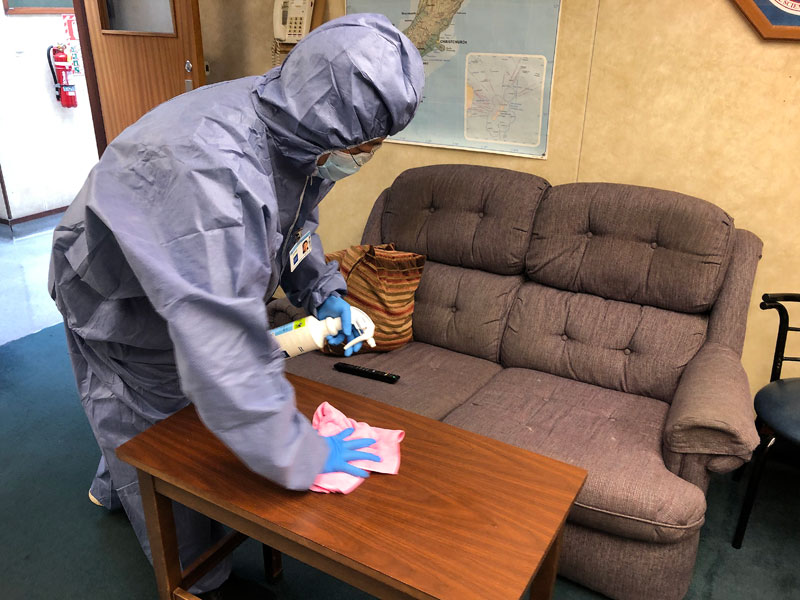 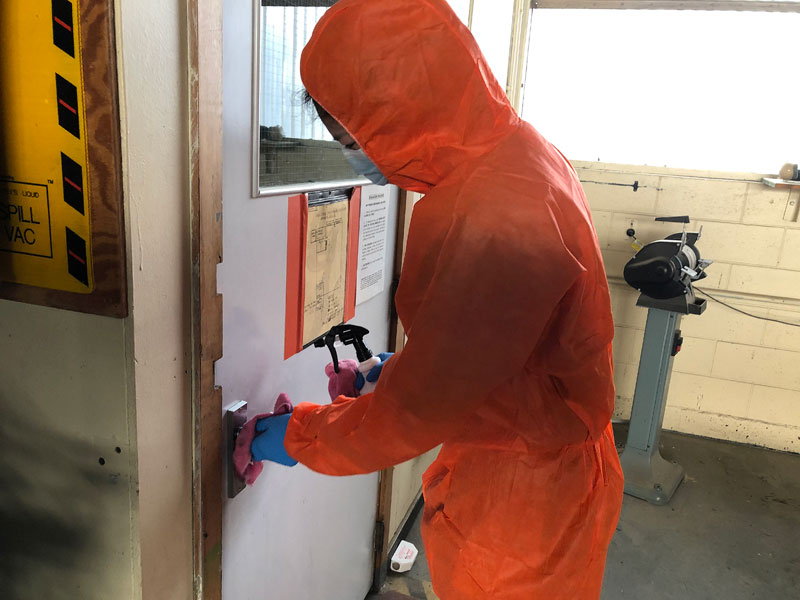 Touch points, such as door handles, were cleaned and sanitised with an anti-viral product 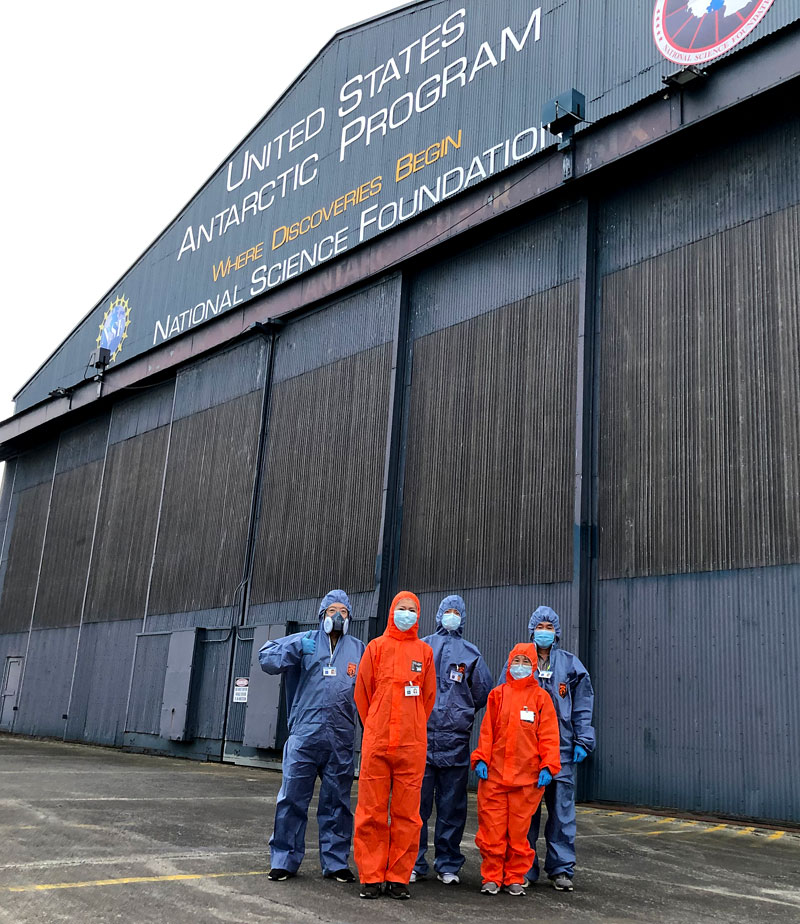 Cleaning team members assemble at the Christchurch base of the United States Antarctic Program. 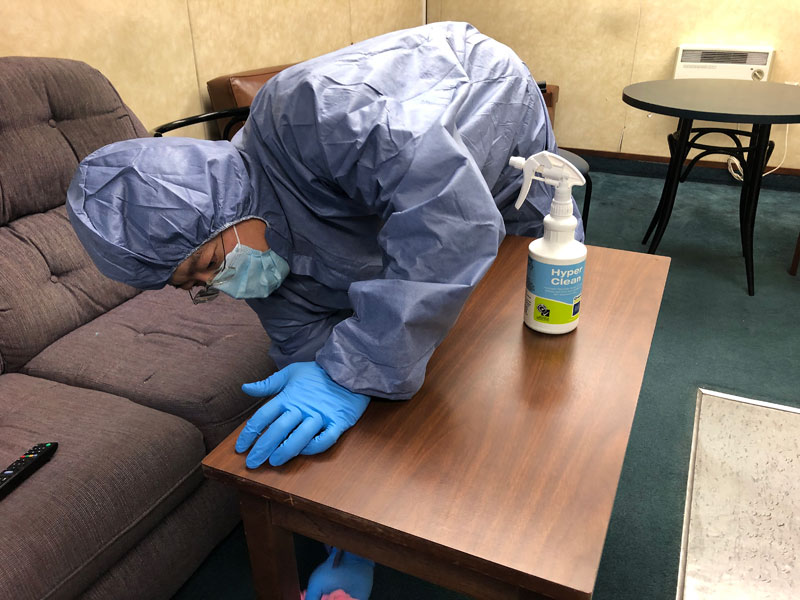 Every surface was thoroughly cleaned.