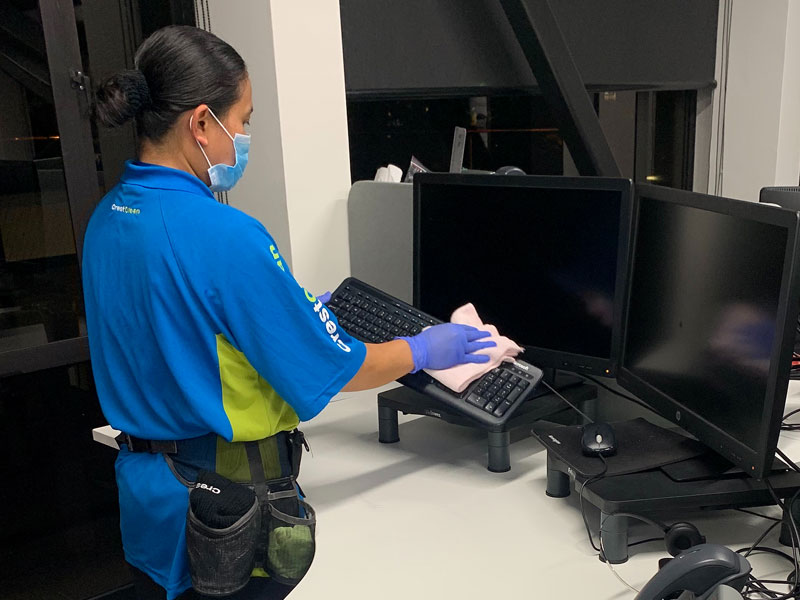 South Canterbury businesses have been rushing to sign up for a new cleaning service that takes hygiene to an extra level for their employees and customers.

The additional service is carried out with an application of CrestClean’s Anti-Viral Sanitiser, which is the first disinfectant to be released in New Zealand with an official rating against coronavirus. The product uses a licensed formula which has been included on a list of disinfectants registered by the US Environmental Protection Agency (EPA) for use against COVID-19.

CrestClean personnel have been using the product more frequently during the past weeks after customers specifically began requesting a sanitising service after becoming concerned over the spread of COVID-19.

Robert says he was flat out coping with requests from new and existing customers in the run up to the national lockdown being lifted.

“Since the Government said they were looking to move to Level 3 I’ve been on the phone and computer pretty much nonstop.

“Customers are wanting extra cleaning and particularly ask for our sanitising service. It gives them a lot of reassurance and peace of mind to have this carried out.

“It’s quite surprising that a lot of people don’t realise that an anti-viral sanitiser has a residual action and will keep killing the bugs for some time after it’s been applied to a surface. People are really impressed when they find this out.” 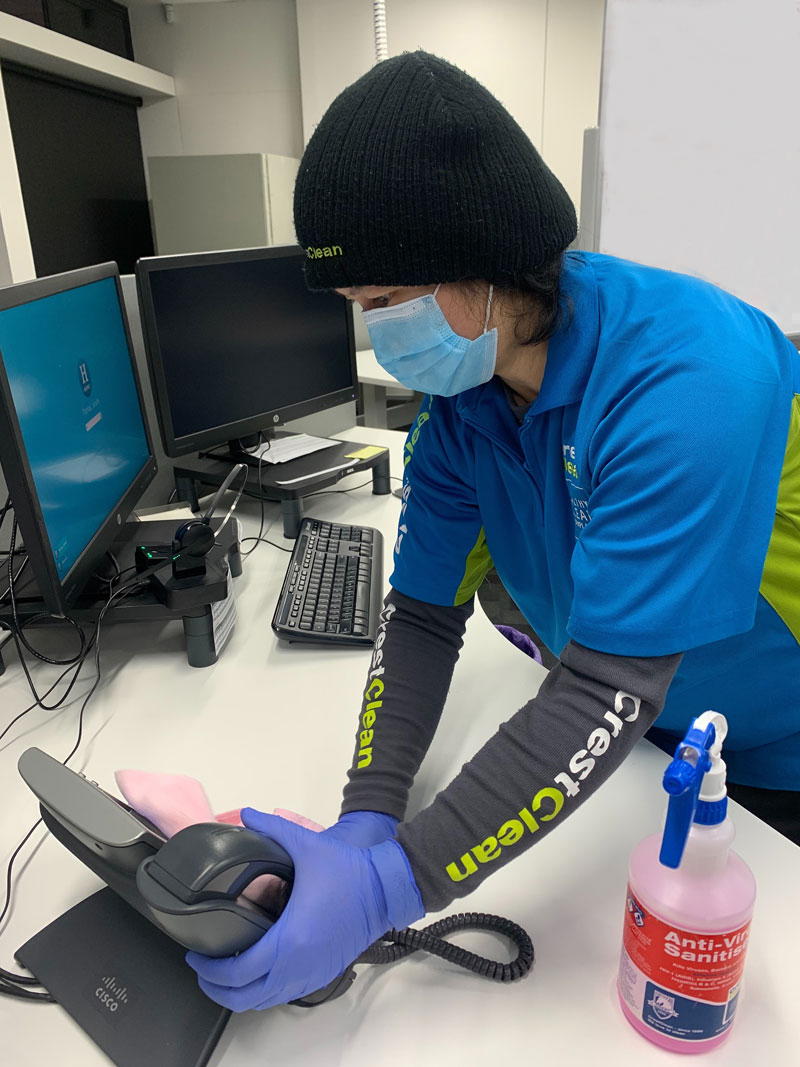 Joy Pombo carrying out CrestClean’s Sanitising Service at the premises of one of her corporate customers in Ashburton.