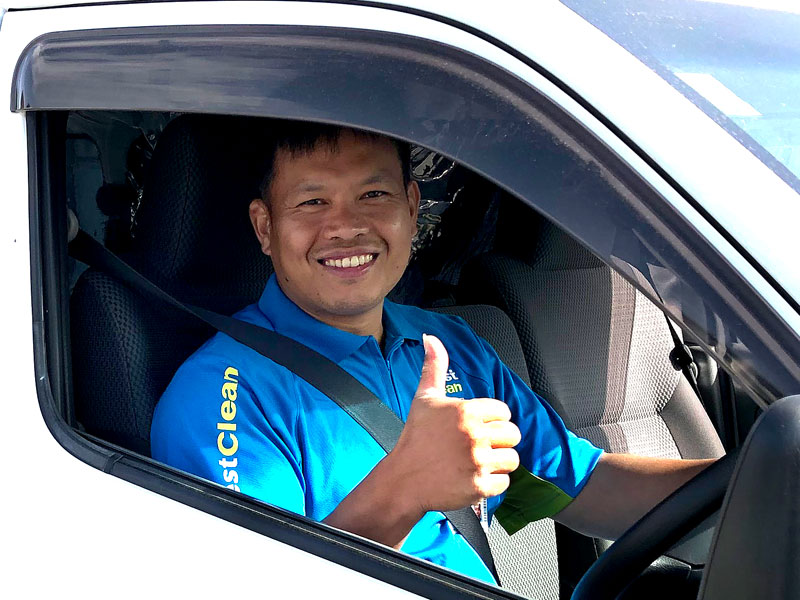 Happy to be a business owner with CrestClean is franchise owner Angelo Dayrit.

Angelo Dayrit had an eye on the future when he opted for a spacious van in readiness to joining CrestClean.

He took to heart the wise words from his Regional Manager Robert Glenie, who suggested taking a “big is best” approach to choosing a vehicle would future-proof his business.

And Angelo’s not been disappointed. His roomy Nissan NV350 model is not only the first of its type in CrestClean’s South Canterbury region, it’s given him a flying start.

“When Angelo first enquired about starting a business with CrestClean, one of his questions was ‘do I need a van or can I use a car’?” says Robert.

“I suggested he starts his business as if he is already a large business. If you buy a van from the outset it means you have a lot of additional capacity from day one.

“Later on when you gain more customers you already have a good-sized vehicle to carry all your extra equipment.

Angelo says he’s delighted with his 2013 Nissan van. “My attitude is when I do something new I want to make sure everything is well prepared.

“That’s the reason why I bought a large van as with the extra space it will make my job easier. It’s a great vehicle.”

Angelo prides himself on doing the best he can for his customers and sets himself high standards. Before joining CrestClean he had a successful career with Silver Ferns Farms, near Ashburton.

Over four consecutive years he won the company’s award for Best Knife Hand. But although he enjoyed the job, the father-of-three had a hankering to work for himself.

“The money was good but I didn’t get a lot of family time,” he says. “I was working night shift and I wanted to see my kids before they go to bed. That was the main thing.”

Now a CrestClean franchise owner, Angelo couldn’t be happier. With flexible working hours and plenty of scope to expand, the sky’s the limit for his business.

“He’s very proactive and is really focused on doing the best for his customers, says Robert. 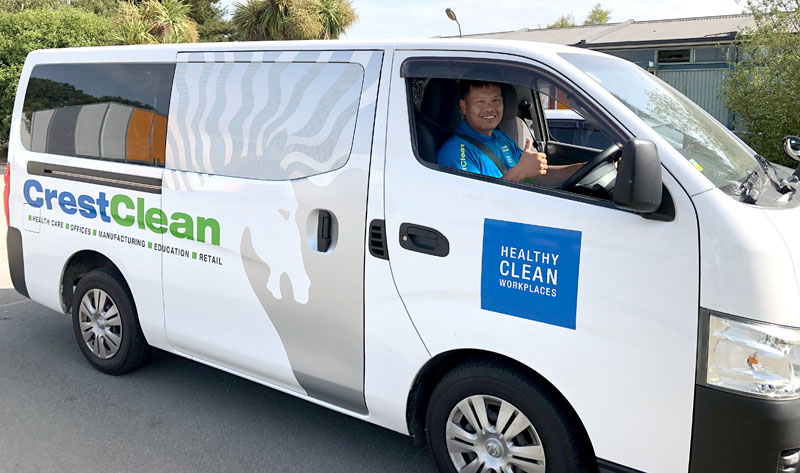